Here is a debate that has come to the surface on Thinking Anglicans in this year of celebrating Darwin. It came thanks to Meg Gilley reflecting on Epiphany, the display of God, the universal God thanks to the story of gifts from afar. She then went on saying:

But of course, Jesus is made known in so many other stories, in the lives of the apostles and other saints, in the gifts and kindnesses of humble folk, in the pursuit of justice and reconciliation, every time we present the word made flesh, every time we follow the way in faithfulness, proclaim the truth and reveal the light. For example, in 2009 falls the 200th anniversary of the birth of Darwin and the 150th anniversary of the publication of The Origin of Species. There is an extensive programme this year to celebrate Darwin, including a series on BBC Radio 4 this week. I would argue that the search for scientific truth reveals Jesus, the Logos at the heart of creation, in whom all truth resides.

I reacted quite strongly, to say the least, because the search for scientific truth, of which Darwin is one of the iconic persons, does not uncover this. It uncovers ourselves as accidental, thanks to a big rock from outer space and climactic events: indeed not only are mammals huge on the earth but we, homo sapiens, are the last human species of many, either having been better adapted environmentally or killers of other human species.

Here we are with telescopes and particle colliders and various observations and experiments looking at who we are and where we have come from, realising that we are but marginal creatures on the edge of a galaxy and of many galaxies.

Nevertheless we last humans have much to discover about consciousness and pain and pleasure, and how we operate socially and ethically to ourselves and the other creatures that have some sense of self-existence.

What science will never reveal is another language game of a mythology: a 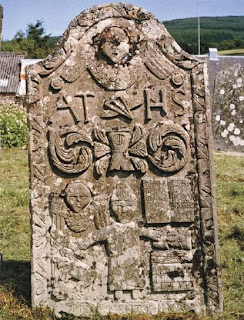 mythology that says there is a God a Father who either always was too a Son, or created a Son, and consisted of a Holy Spirit too that was involved in creating all this universe for which a particular person, a Jewish rabbi, is the very God. This is the language of myth, and is not a causal truth in the sense that the sciences and even social sciences show causal truths.

The importance of religion is this: that in becoming conscious and self-conscious, and in being tribal, we have attachments that need managing and manifestations of consciousness that usefully need directing - that love of self and other, and under-love and over-love, as it emerges.

Religion handles these issues by dealing in forms of love, ethics, and relationships. It creates heavens, gods, patriarchs and prophets and histories and ways that facilitate working out these issues: inadequacies towards becoming adequate and even acceptance (salvation). It has ways to follow: correct ways from incorrect ways. It deals in pollution and in purity. It ritualises exchange between us as people and see that there is something of the gift in life, the spiritual reward from a material offering that binds us as collective (and sometimes separates out).

Religion deals with these in sophisticated ways that we can do well to analyse,

though an argument exists that by analysing how religion works is a bit like knowing how a magician does the magic trick. In other words the people who get most out of religion are those who marvel in the appearance of the trick and treat it literally as it appears.

There is some truth in this: however, as moderns, and after moderns, as those who cannot ignore the secular, the scientific, the social scientific, and can still enjoy art, we still marvel at the skill of the magician from behind.

The problem is that mainline Christianity in particular is so realist about a God released into history in human form that it never shakes off its conflict with science. It is not enough for incarnation to be attitudinal (positive) about the temporary material world in which we have temporary residence. It is not enough to see Christianity as a mythology doing what it does as a religion, in that sciences and social sciences do what they do as causal explanations.

Christianity often says: humm, the Genesis story is mythological; the Abraham story may not have any history, there may have been someone like Moses, there was exile in Babylon that framed Jewish myths, that the prophets came before the Law, and there were various Jewish persons and stories including its prophetic people; and that Christianity relates to these, in that the New Testament was written looking backwards in order to look immediately forwards, that the birth narratives are likely fictional, and much else is early-Church reconstructed (for Rabbi Jesus as Messiah and then as Gentile Christ) and that the biblical Canon had to be chosen for orthodoxy from the varieties of interpretation, and tradition worked out complex theologies and traditions attacked variations and found themselves living with variations through the ages.

Yet, despite all that relativity, Christianity suddenly wants to jump in and claim something already set up and pre-planned in a hugely realist sense. It stamps over the ground that science occupies. It absolutises theology and liturgy on very shaky grounds.

Let's be clear. Evolution is local and particular. It responds to one environment it is in, and rate of change relates to the intensity of the environment on the varieties of life forms. Each change gives rise to the next. In this there is no plan. We humans are accidents: every single one. The asteroid hits and the environment shifts; so with climate. Life then is devastated, and the unfit few become the next fittest and develop. Otherwise, unless on resource strained islands (of all kinds), expect tiny changes (but appearing quite large over larger time scales).

Same with the universe. If it goes bang and is unsustainable, it will collapse. This universe didn't. What is the chance of a pack of cards being laid out in a particular order? The same as any other particular order, but we always look back from where we are. So we just discover our universe: one that will become ever more distant and completely lifeless in the far far future, where time may just groan to an endless pause and be unexperienced by any subjective entity. This universe is not friendly: we humans here are lucky, for a while, and we will be extinct probably even before our Sun gives up.

This is the sort of thing science finds. Religion is something other, about already intelligent conscious beings in reflection (and I include here animal life: I contend that animals have a spirituality of wonder and relationship too).

Of course there may be transcendent 'deity'

in that, in some deeper, grounded sense, perhaps related to consciousness, or perhaps in only signals of transcendence from all we construct and observe: but such a transcendence is not something that sends Sons of God or even, for that matter, ready worked out texts in languages (that we homo-sapiens can write down and store) to privileged prophets.

Such transcendence may even have some sort of scientific backing, in any dimensions beyond the four, or in quantum particle life, or even in the mathematics of simplistic beauty - the sort we see in simple repeat maths with virtual numbers that produce the shapes of nature. But this still does not end up demonstrating the particularity of mythologies that are complex structures from our cultural past, that deal in human individual attachments and collectivities and process the wonder we generate.
Posted by Pluralist (Adrian Worsfold) at 06:04

"Religion handles these issues by dealing in forms of love, ethics, and relationships. It creates heavens, gods, patriarchs and prophets and histories and ways that facilitate working out these issues"

That's where your either/or thinking comes into it again.

Either it's literally true, or religion creates heavens, gods etc.

I think many Christians are quite happy to believe that Darwin is right, that science is wonderful. They are also content in the "sensing" that there is another level of truth out there, and that religion only creates the language that tries to express that truth.

It does not create the mythologies to answer sudden new questions, but rather the emergence of conscience has made it possible for people to tap into that extended truth that science cannot measure, and religions are grappling with ways of putting that truth into words.

You limit the possibilities of thought and of faith too much by narrowing them down to pure human creations without a real core of truth.

You may not believe like that, but you ought to at least acknowledge it as a third possibility.

Adrian
did you not get my comment on this or did you decide not to publish it?

No, I'm slow or elsewhere.

I thought I allowed a possibility of transcendence. If transcendence is causal, then the science in its working out is not local and specific, and something else is going on.

Perhaps I have been converted by a bus.

"I reacted quite strongly, to say the least, because the search for scientific truth, of which Darwin is one of the iconic persons, does not uncover this [Jesus the Logos at the heart of creation]. It uncovers ourselves as accidental."

I understand your rejection of the proposition that the search for scientific proof uncovers Jesus. I don't understand how you see that it establishes cosmic purposelessness.

Seems to me that the hard sciences don't claim to go anywhere near that kind of question, and are equally at home with an accidental and a providential universe.

But if evolving is local and specific, then it is not to a greater good - it just reacts to circumstances.

Who said that evolution is to the greater good?
It is towards increasing complexity.

But with the increasing complexity comes increasing awareness, and all that religion says is that this awareness has enabled people to experience a greater existence than their own, and that they believe this to be to the greater good.

"Perhaps I have been converted by a bus"

By never alter I mean the localism, that the road conditions direct the traffic that scraps some roads and builds others.

If the road conditions are right and achieve what they are there for, why should they alter?

And surely, the point is increasing complexity allows the developing beings to take a more and more active part in the shaping of things. Their interaction with their environment becomes more complex, which in turn changes the environment and them.

Engagement with transcendedce is enabled by the awareness evolution brings, and this engagement changes conditions us.

Or have I missed your point?