The final part of Bishop Iker's article to his diocese states:

Let us act together, decisively, and with courage, faith and charity.

However, he does not extend this charity to the Presiding Bishop, when he writes:

The heresies and heterodoxy once proclaimed by just a few renegade bishops - like James Pike and John Spong - are now echoed by the Presiding Bishop, who is the chief spokesperson for TEC and speaks on behalf of our church to the rest of the world. She does not reflect the orthodox beliefs of Episcopalians in this diocese. The greatest problem we face with Katharine Jefferts Schori is not that she is a woman, but that she is not an orthodox bishop.

And then later he writes:

We believe in God's full self-revelation in Jesus Christ, not in the speculation of humanist unitarians who have been elected to high offices in our church. Many leaders of TEC are teaching a false Gospel and leading people astray.

Over and again these conservatives make this sort of assertion, and this time he has added the word humanist to the word unitarian (lower case).

What makes someone unitarian? Let's start with Unitarian (upper case). An (Anglo-American) Unitarian is someone who supports a denomination that allows for, theoretically, the evolution of individual belief. That person has, again theoretically, freedom to believe and have membership. Minister nor lay person is not required to make promises to have or keep a particular belief. In practice congregations have particular biases and ministers and, in some cases, lay people that don't fit in move on. So a Unitarian can be a trinitarian or an atheist, can be Christocentric, a Buddhist, a Pagan, a humanist, or just thoroughly unsure. The congregation arrives at a stance, or may be open to various stances. The denomination level only has powers to persuade and not to instruct: congregations are independent, but there are glues between congregations, including the trained ministry.

A unitarian (lower case) implies a theological position, of the full and undivided unity of one God. It means not trinitarian but may mean deism. It is the kind of position set out by deists, or W. E. Channing or, later, R. W. Emerson the Transcendentalist. Channing represents a theological Christian unitarianism (lower case and upper case).

I can think of one: John Hick. John Hick (a Presbyterian) uses the language of the Trinity, and it is his religious language, but he states in his writings that the Trinity is a particular expression of something higher, the Real, and this Real is transcendent. Such is unitarian. I have not read that this is the position of any Episcopalian - I'm sure some agree with this, but even John Spong does not express this particular view. Then John Hick has a pluralist view (not a universalist view, as he does of the Real) of Jesus, that is that Jesus Christ is the prophet for Christians but not for others who have their own salvation figures and their own salvation schemes.

This is consistent with a Unitarian view (capital U) and with a unitarian view (lower case u) that Jesus Christ has to be a human being fundamentally, and whatever divinity he possesses we may also possess or could possess. An Arian position, properly speaking, is that Jesus Christ was the first born of creation, and is divine but sub-divine of God his creator. He then appears as a human. A Reformation Arian is that he is fully human and had been granted divinity and has that divinity given by God by God's favour. It is less mythological than the original. This is not the same as a classical Unitarian (and lower case u) fully human Jesus whom God rewards, such as with Resurrection. The unitarian Jesus can be seen in the synoptic gospels, and much of Paul, and the subordinate deity Arian Jesus is seen in John's Gospel, and hinted at as potential escalation in Paul); this position is seen in Unitarianism in history and among its conservatives today.

As far as I know Bishop Katharine Jefferts Schori has never expressed a Hick view, and never expressed any view derived from Channing or any of these views. All she has allowed for is the possibility that God, a trinitarian God, might grant salvation to people in non-Christian settings, but such this is left to God. Even the Roman Catholics allow for this view, that of Karl Rahner's anonymous Christian - who comes to salvation via a different route where aspects are consistent with Christianity and where the individual would be following Christ.

The point about a humanist unitarian is that it involves a movement away from being Jesus-centred at all. Now John Spong's God view of God 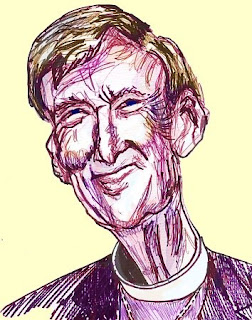 is not theistic (this is an argument about revelation: Karl Barth was no theist) or Desit. Nevertheless his affirmation of God (he always separates himself from Sea of Faith non-realists) can also be unitarian, except he also recognises the language of the Trinity for Godhead community that a theological unitarian might pursue as to whether Holy Spirit is a person of God or just the mode of God. John Spong also has a strong view of the Jesus of history from a critical view of the gospels, so that his Jesus the man is recovered fully into his Judaism. This would be, or could be, consistent with Jesus centred unitarianism, but it could be Reformation Arian in that this Jesus comes filled with divinity. My (somewhat informed) guess is he is closer to a classical Unitarian position: Jesus is human and receives the honour and glory of God and divinity is a way of better understanding Jesus - thus, as Unitarians did, Jesus can still be called Jesus Christ, a close to God model for humanity. This is Unitarian and unitarian.

Jack Spong has expressed such views, and James Pike had leftish theological views too, but they are who they are, and this is not the same as saying Katherine Jefferts Schori is not orthodox, or that she or anyone else can quality as a humanist unitarian. It is intended as a slur and is not charitable.

In any case, the Church contains the view that even (from its point of view) wrong headed bishops or priests do not negate the validity of a Eucharist, for example. Whoever gets promoted does not affect the worshipping community. Obviously if the leaders started scrapping observance of the Creeds and other formularies then it would be different, but they don't because they follow them.

Of course these people are not literalists, and they do not have to be literalistic. They all use and follow the broad Trinitarian faith. They are Christocentric and they believe in the Incarnation and a unique resurrection. This remains the basis of the Church, and these key people believe it, and the General Convention is not going to overturn this. So whatever some may want to call them, calling them unitarians is inapropriate and misleading, and calling leaders humanism unitarians is just ridiculous.

Posted by Pluralist (Adrian Worsfold) at 02:59