As then an Anglican, I read the Archbishop of Canterbury's 2007 Advent Letter with eyes wide-open horror, and I have always taken that letter as the point where the turncoat leadership had turned 180 degrees. Written in archbishopese, I made a webpage that tried to rewrite the letter more simply and analyse its logic in a thorough manner. The purpose was to show just how bad things were, and at the time many people were giving the proposed Covenant room to display itself. All I could see was a confirmation that this was thoroughly bad and ought to be opposed.

Just to go over it. The communion shared the same faith and so no parts should be repeated geographically. The key to such recognition was the authority of scripture. There was one way of reading scripture and no group could change that. Local Churches could not change the mutual shared reading of scripture or the shared orders of ministry. Condemning homophobia and violence, nevertheless no Church could change scripture and a same sex union bishop or the blessing of gay unions in a local Church is a decisive move of a new understanding of scripture not received and accepted by the wider Church. That wider Church - the Communion - would have to change consensus, and also only it could organise intervention that would constitute repetition of Anglicanism in a geographical area when it determined that a local Church had changed its reading of the Bible. There were some bishops in The Episcopal Church - Windsor compliant - that could be elevated to acceptability, while the rest of that Church was sidelined for innovating biblical interpretation. The Episcopal Church had maximised its statements of loyalty to the Communion and more could not be expected, but if the bishops could not maintain a ban on partnered ministry or same sex blessings beyond the General Convention then the whole ecclesiastical system of bishops in The Episcopal Church would have to be reviewed.

In other words, bishops must be able to maintain authority throughout. Further, Lambeth 1998 Resolution 1:10 specifically is not only the mind of the Communion but also indicates the way to read the Bible for the Communion.
It is worth going back to this to see just what logic was being displayed. Never mind the diversity of methods of reading the Bible taught even in seminaries, not to speak of the universities; never mind the interpretations of a certain Rowan Williams: it was one Communion and the Communion was to make decisions over local Churches. This was absolutely against the founding principle of the Church of England never mind The Episcopal Church.

This was a declaration of ecclesiastical fascism - that all would come from the centre, even including the right to park tanks on an Anglican Church's lawn.

The outcome of all this we now know. The Advent Letter made attendance at Lambeth 2008 subject to agreement with Windsor and the Covenant. I wrote to John Saxbee, my bishop then, and asked whether he would therefore stay away, but the answer was that the Archbishop wanted to maximise attendance (by bending over to the Africans and other Anglican right wingers who were intervening and withdrawing). The upshot of Lambeth 2008 was, however, peculiar. It did not produce any resolution but enacted half an indaba - the gathering bit and exhaustive discussing bit, but not the resolving bit. The upshot further was drafts of a Covenant that it proponents and supporters said, now, was not about Communion centralisation.

But also now, there has been a change. Given the section 4 in particular (but not only that), there has grown a strong and united movement against the Covenant. The liberal wings of the Churches have at last woken up, and stopped giving the thing houseroom, and indeed the logic of the argument has extended to the broad Church and even reawoken the principle of the broad Church. The fact is that the section 4 can reawaken by interpretation the very centralist principles given in the Advent Letter of 2007. The Churches would have to be drunk to adopt this legislation: 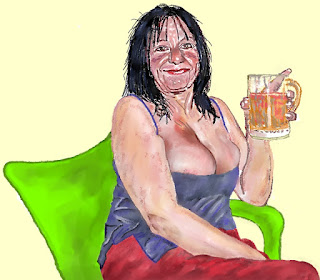 of course it suits some of them, given where some Anglican Churches sit in their cultures, but it doesn't suit many of the Western Churches on the one hand nor the Africans on the other, nor those that value their independence or have problems with confessional covenants.

Late 2007 was an important date for me, because it told me what the authority of the Communion was supposed to be and intended to be, and that this Covenant was going to be rammed through come what may. It would have to be part of the Church of England, or it would fail internationally, and I did not want to be part of such a Church. Locally (that means local too) might be fine and tolerant, but what was the rest of it, the linkages? But then my own beliefs began to slide anyway, and although I concluded that Anglicanism was being forced to be ethically defective (asking a constituent group to sacrifice themselves for a structural project) I was on the slide for personal reasons. And, in any case, even simpler, if there is only one way to read the Bible then I wasn't going to accept it as authoritative. I still think (of course) that there are many ways to read the Bible, and that the Archbishop's view was fascistic.

Which is why, from Advent 2007, I just thought Rowan Williams ought to get out. He wasn't just a turncoat, but a turncoat with enthusiasm. His "job" (as he called it) had twisted his logic, to coming destructive effect, and therefore he ought to be freed of his job. Neil Kinnock was accused of being a turncoat, but he took on his entryists, won, and helped made Labour electable, and would have been a compassionate Prime Minister. In contrast, Rowan Williams absorbed the Anglican 'Militant' argument and with enthusiasm (with no result: their parallel organisation plans are still operating), and wrote a manuscript in 2007 for enforced centralisation. I was going to blog against him and against him (with the occasional praise for a decent interfaith lecture). The rumour is he's going soon. I'll raise a glass when he goes - I might even get drunk.
Posted by Pluralist (Adrian Worsfold) at 05:20