I Sort of Offer Support!

Gretta Vosper is a difficult one. This may need rephrasing: the issue of Gretta Vosper is a difficult one. On the one hand I agree with her, in general, more or less sharing her theological ground, but on the other hand I also think a Church has the right to define its boundaries and it may be no slur on her standing or ability to do ministry that it still thinks she is too far outside the boundary.

She could simply join the Unitarians in Canada. In the USA, a universalist Bishop Carlton Pearson joined on the basis of leaving fundamentalist Calvinism - something of a leap. People do change denominations.

On the other hand, she may retain a commitment to Christianity, like Lloyd Geering does (at the link above). 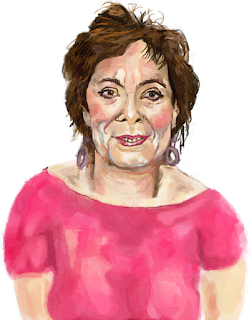 Incidentally, Don Cupitt doesn't - he says his critics were right all along. I remember at the very first Sea of Faith Conference one biblical scholar presenter saying there is a boundary somewhere beyond which what is distinctly Christian is lost. The point is, if she is clear there is no God, and that Jesus is but a man and a fallible one at that, then what is Christian about her position. Christianity loses the philosophical basis by which to focus exclusively on the Christ figure - there is no historical method by which he comes top of the religious league table. There are times when Buddha, Confucius or Gandhi are more relevant, if one wants heroes or guides. Jesus becomes a textual transfer, and no more. His very supernatural, very pre-modern outlook, but more important the premodernism of the Church he inspired, is so very different from anything the theological far left believe or, for that matter, any ordinary person going about their ordinary business.

If the Canadian Church of which she is part chucks her out, then she will have to move on. Gretta might take her congregation with her, after all in rather classic fashion of old her deconversion resulted in a loss of most of them, so those she has kept and gathered are likely to follow her along.

Unitarianism is not a simple answer as an alternative destination: I'm not sure it works, and also in the UK it is so small it is practically dead. Those of us still in it (and days like this I wonder why I am associated) are museum keepers of another kind. By this I don't mean its subculture of inheritances, but the fact that it is pretty much out of time. It's multivarious beliefs are now dissolving into wider society. It's claim of offering fellowship on the basis of free belief falls down because fellowship as such doesn't work - I maintain I attend churches despite the people there and not because of them (a variation on 'we're all sinners') so the principles have to be right. Some may think (and I may) that there ought to be some sort of sectoral identity to what a place stands for. I can't decide. Perhaps people like Greta Vosper are afraid to cut the rope, because if you do there is no safety net.

I think, incidentally, that the URC in the UK (the equivalent of her Church) has had it, and so has Methodism. They are falling like a stone. Fresh Expressions won't save the Church of England, and the cathedrals only work because people can pop in and out unnoticed for a religious concert. Christianity no longer explains anything, and it no longer has an anchor into society. But Unitarianism is simply ahead of the game again, this time at the point where it is knackered. It isn't the solution. So I wish Gretta Vosper the best, and similar folks like Sande Ramage in New Zealand. I'd recommend the Unitarians, but I can't.

Posted by Pluralist (Adrian Worsfold) at 05:59