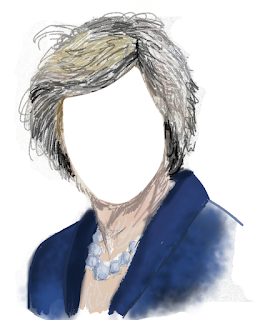 allegedly paid for a call centre to canvas people afar and wide with Tory party slogans and naming their candidates by telephone, using people on zero hours contracts from a company that concealed its real name and pretended to do research.

Let's take this a bit further. Imagine you are a jobless person in Neath. You are told by the Job Centre to work for this call centre. No choice. Suppose you are a socialist or liberal or nationalist. You have to go on the phones, call people and recycle Conservative Party election cliches to recipients, many of whom are on the list to avoid nuisance calls - only genuine researchers can telephone such people. This is an abuse of political liberty. And it is alleged that this call centre was spending money for the election, for named candidates, to 'buy votes' and - if so - acting illegally.

Plus the fact that by being undeclared a call centre acting in this way intentionally calling people with and gathering data breaks Data Protection Laws.

The Information Commissioner says if wrongdoing has taken place, action will be taken. Would it not also be a police matter?

This may well find its way into the pot that could stink and add to the shaking that puts Theresa May out of office. After Thanet and all that, we have this prospect of more potential corruption, expenses for candidates undeclared, criminal offence activity. Surely she knew that a call centre was being exceptionally busy on Tory Party worked money. Her phrases were repeated by these telephone calls as soon as they were given. Something has to be done.

Posted by Pluralist (Adrian Worsfold) at 20:51