We didn't get counter-intuitive moves, instead we had a bit of nifty footwork by the Liberal Democrats and Scottish National Party. I said to my friends on Sunday 27th October that this action was to prevent Emmanuel Macron offering a smaller extension. 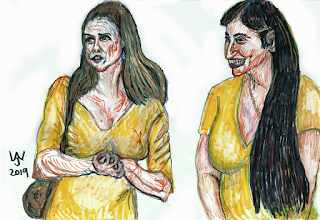 It also had the humiliation aspect that the opposition (or some of it) called for a General Election that the Government could not achieve. It further had the benefit of showing Labour's indecision. Anyone watching Diana Abbott on the Andrew Marr programme on Sunday must have felt their own life-force draining away, similarly a day later Jeremy Corbyn was arguing that no deal must be taken off the table before a General Election, when no deal had been taken off the table (there are tiny technicalities left of a bureaucratic nature - yes, we don't trust them at all). 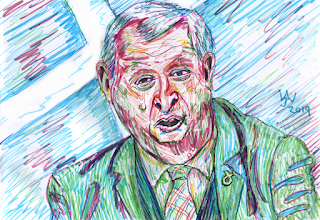 To escape such humiliation, the government, if losing its own preferred vote (this is written before 5 pm Monday), would introduce an almost identical bill as the Lib Dem SNP one: again, be careful of the small print. On the basis that it is so, the Lib Dems say they would support it. The Lib Dem bill enshrines the election date in law, so that Johnson after Parliament has been dissolved cannot alter it.

It could be that the Fixed-term Parliaments Act procedure for a General Election vote leads to an alternative Government in charge, but this seems unlikely now.

The current betting in a General Election is that the Lib Dems gain, the Conservatives get a leave vote, possibly upset by the Brexit Party, The SNP does very well, and Labour is squeezed. But it is also likely that a perverse reactive mood arises, where people put Labour's six of one and half dozen of the other Brexit in the bag and vote on the basis of social, communal and economic policies. Labour might be regarded as lousy at running anything, because they can't run themselves, but the fact is that it is Johnson who made so much of October 31st and the failure is his. He must own his own failure to act.

Furthermore, many people so fed up with 'Brexit' and realising that the trade deal negotiations extend on, the nightmare might just lead to an electoral mood to give up and vote to end it all, via the Lib Dem offer.

Who knows? Add to this the randomness of four parties in First Past the Post, and no one has a clue about the outcome.

Posted by Pluralist (Adrian Worsfold) at 16:03