Do Go (But it's Just a Rumour)

If there is an easy story to roll out, it's the one that Rowan Williams is quitting early. The Sunday Telegraph is saying he'll go after the Queen's Diamond Jubilee, and BBC News reviewing the papers took it as a reflection on his political difference from the current government.

The story says he is "understood to have told friends". This is one of the loosest and least substantiated forms of journalistic sourcing. It is sort of third level rumour at best. This is then described as "The news". But it isn't news, it is a journalist who understands he has told friends. Perhaps someone at a pub said Rowan Williams has told friends. But then we have "Sources close to the archbishop" saying he'll go in June, this after a refusal of Lambeth Palace to comment. But sources close to the Archbishop used to be people like Bishop Tom Wright, who always got it wrong. Now he is far away. More vague words appear that the University of Cambridge will find him a job, which is a better prospect than for many a curate.

The Sunday Telegraph report refers to female bishops, which no doubt is the origin of this report, in terms of trying to scuttle this development. There is a possibility that the legislation won't pass its needed two thirds, and if it doesn't it will leave an almighty mess.

But the unmentioned elephant in the room, of less interest to The Sunday/ Daily Telegraph is the Anglican Communion Covenant. The prospect is that Williams will attempt to force this through the Church of England, while it looks like the wheels are coming off its wagon at least in some locations around the world. 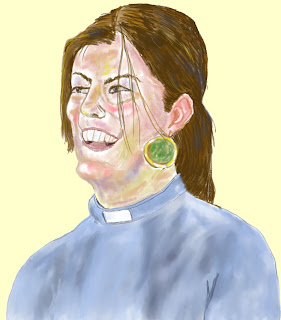 As it firms up that some provinces say no, and as the UFO gets in a muddle about changing the Standing Committee or not (that it is not significant or it does change matters), the result becomes a solution that really does solve nothing.

Now in all reality driving the Covenant through is a project to last until this Archbishop should retire. If the wheels are coming off the wagon, it will need a new policy and that means a new Archbishop. Perhaps he is fed up with the whole business, being lost in the complication of provinces actually having and retaining autonomy.

What will prove difficult indeed is that if the vote on adopting female bishops is lost, then sealing the Church of England up in a Covenant that freezes movement forward will be resisted.

This is exactly why the Covenant is a bad idea, of course, and always was. It is a charter for banging on the brakes for anything that is in a progressive direction, even though the Covenant won't attract those who'd bang the brakes on harder. They have a more entryist approach to generating resistance.

This Archbishop has been a disaster. In India someone asked him what you have to do to become Archbishop and he replied that he must have had a very bad previous life. That's narrative theology for you - it can adapt to Hinduism quite easily for its jokes with intent. What really would be a disaster is that he started a process down a road and then walks off to leave someone else to clean up the mess - but then it might well be better than pursuing it to the end.

There is no doubt that once the Covenant project is obviously a) dead, or b) contradictory to the point of being ridiculous, or c) hopeless at doing its intended job that Williams will go. 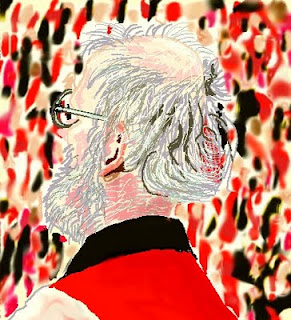 It is his one policy. He's driven it; his policy will be finished. His policy was to push the purple 'according to the Ordinal' (as he told the previous General Synod when they said no to the Bishop of Dover managing the business), and push that purple internationally, to have a more centralised Anglican Church in terms of process, and go and tell the Bishop of Rome that Anglicanism made more ecclesiastical sense. It's just that he was doing this according to the permanent exclusion of gay and lesbian people, that they were his sacrifice, and thus he has been performing the words he once used against the Church machine when he was Bishop of Monmouth. If he got an academic chair at Cambridge, would he do another about turn on this issue?

This chat in The Sunday Telegraph about the anti-women (for bishops) Chartres or the self-publicist and gossip-monger Sentamu as replacing Williams is so much guff. It'll go to someone else, probably someone like the guy in Liverpool who's of the theological right but has broadened out, and who abstained on the Covenant (the only one who did). Whoever gets it, it will have to be someone who can start again, who pays attention to the Church of England, and is prepared to let the rest of the world operate loosely again.

Perhaps Rowan Williams could do people a favour and announce he is going, and that way it isn't left to gossip-mongers and the old nudge and wink method. So far it is just The Sunday Telegraph's agenda, but the Covenant is looking less secure than it was, and that's what will unseat him.
Posted by Pluralist (Adrian Worsfold) at 01:32

As an outsider I would have to ask, 'What has all this got to do with people's spiritual lives?' It looks like politics and power and not much like compassion and creativity.

Perhaps time for the Church of England to start again but this time from the bottom up. xx

It's still summer silly season for newspapers. The Telegraph, a noted Roman Catholic paper, probably had this story up it's sleeve as a mischievous stocking filler all summer.

If you think about it, the appointment of an ABC revolves around the Lambeth Conference, that decennial opportunity for bishops worldwide (except for openly gay ones) to have tea with the Queen. It's held in years ending with 8, normally. There are a few (perhaps 3) years of intensive planning. So any ABC appointed next year must be younger than 62 in order to have a good run up to Lambeth and a couple of years to decompress. Sentamu is too old. So is Chartres. So are all except one of the current Lords Spiritual (except for the bishops-designate of Durham and Winchester, and they are too wet behind the ears to get Canterbury next year). So we will have to look to those Bishops not yet in the Lords. My money would have been on Nick Baines of Bradford, but he's embroiled in the morass of diocesan merging in Yorkshire and may not be ready to be translated. The Bishop of Coventry is also a possibility. Due to Buggin's Turn, the next ABC is likely to be an Evangelical and both Baines and Coventry are centrist Evangelicals.

And, in any case, it's "Queen Anne's Dead", because Rowan said publicly last year that he would retire before he was 70. I think that you're right about the "sources" for this "story", and it's something overheard in a pub.

Re: Chris and Adrian on sources -

Much of the speculation in the Telegraph report was covered between Peter Ould and The Church Mouse on their Twurch of England podcast from 13 August. If you find it, the conversation begins at around 28'00".

Why not disestablish your church and let it pick its own clergy and bishops? If you're re-designing the House of Lords, why not just leave bishops/archbishops out of it?