...says Prof Woodhead: “People don’t want to be told what to believe.”

The new national faith described in her research is ad hoc, individualistic and sentimental, and informed by a mix of ideologies including neo-paganism, environmentalism and Buddhism – but also shot through with Christianity.

Sounds like Unitarianism! Or, rather, Unitarianism is going the way of the new national faith. This is different from the Believing and Not Belonging approach of Grace Davie, that always struck me as too kind to a decaying generalist Christianity. It is the decline of Christianity as a supporting religious culture that has allowed a creedless body, even such a tiny one, as Unitarianism to shift to something more plural.

I was too early in this shift, doing so in the 1980s and trying it in a situation of little-minded, locally run, Manchester chapels. The question they asked of my permitted outlook was, where would I fit in given the religious map of Unitarianism in the late 1980s/ early 1990s.

The funny thing now is that so many have died off, but the movement continues. I have seen it locally. With one elderly returner, there are just three really long term attenders left in old age. Now if Unitarianism was incapable of attracting new people, the congregation would be finished. All the old families are gone, and all the names that returned each generation are no more. But the church might just be enjoying another small 'bounce' upwards. It did have one in the 1990s and had a scrap, as it tackled and resolved issues, and frankly lost people, and lost out during a disaster of a ministry, but now is well on from all that with another group of people as well as folks who came in during the 1980s.

What is surprising is the diversity of the faith positions people hold that are joining. They are not, as such, ex-Christian refugees. However, they are up in the debate about equality, and the denomination's position on gay marriage equality has attracted in some of the newest.

There are still towns and suburbs where the choices of evangelical Christian churches allow Unitarian churches to offer a communal and generalist liberal-Christian outlook, and that attracts a congregation. But it is not the way to go in general, which is far more diverse. The multi-faith carol services have proved to be attractive - having carols and all that, but extending their meaning as far as they wll go. The old self-contained myth will not do any more.

There is all around a sense of religious revolution in the chaos of change. The chaos is seen in the established Church and its own incompatibilities as a minority seeks to frustrate a majority movement, though that majority movement is itself a compromise in the face of change. The inability of even the compromise is throwing off radicals, but as the radicals realise, and painfully, that they have to cut the institutional rope, a number of positions are resulting (in their cases).

It's no secret so I'll name a few online people. 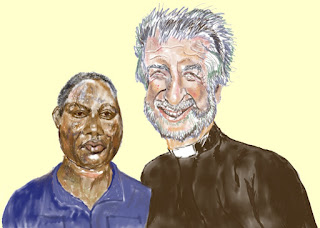 Erika Baker says she has left the Church of England but retains her faith, and yet she seems to be as involved in that Church's politics (presumably hoping that it will catch up); Colin Coward is retaining his Anglicanism particularly for foreign work but actually straining at the leash to discover a different kind or more refreshing faith stance that is far more universal; Jonathan Hagger is trying to be an independent priest on a sounds-like Anglican model (an alternative would be Liberal Catholic independency); some like Lesley Crawley bang on about equality to the point of the edge of the institution but stay within the structures and carry on regardless.

All of these folks maintain to one degree or another the 'cult of the individual', that is faith in Christ. 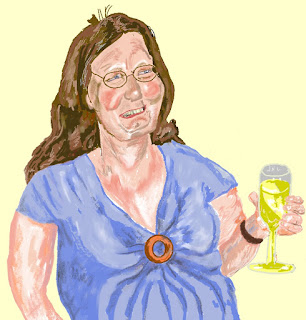 They retain that Pauline twist in the tale that made Christianity. My own view is that this is where the crunch point comes, that a kind of Buddhist stripping has to tackle this. And it is not to tackle this, so that 'we can have a faith in the Jesus who points away from himself' that's a kind of sleight of hand. Also, I think false, unless you are 'high church' unavoidably, is some sort of mystical even Gnostic Christ as some sort of universal principle or spirit. My point is that it is this subservience that is at the heart of all the other subservience - subservience to a language, to a hierarchy, to inevitable discrimination. The carols about 'the universal baby' only go so far before sinking into a pit of subservience themselves. The Jesus who grew up out of Galilee was a Jews-first mistaken rabbi and very much of his own culture and times. His reverse ethics are interesting and therefore worthy of note and use; the Bible is limited in the New Testament because it is an account of the first Christians in proto-orthodoxy creating a biography and Easter narrative of this man and then the earliest days of one branch of the Christian breakout. But that's it. This is a sort of end point of a continual and necessary stripping-out to try and get an ethical position out of the remains of Christianity.

All this leads me as capable of discussing Christianity as I was, but without the subservience. The Buddhist shift was much easier: it wasn't quite as subservient to begin with and has its own negating positions from within its subservience (but then so does Jesus the one God Jew). There is also a need for humanism to be less about humans and more about other creatures among and around us.

There is a revolution going on. The drop from 72% to 59% identification as 'Christian' within ten years isn't just due to a different way of asking the census question. In the generations, the religious change is maintained and deepened.

On Christmas Eve I joined a group of women (and one bloke) in the pub, in their later forties, some of whom work and some relying on benefits, all of whom face an uncertain year ahead, not least those who will find big drops in benefits and will struggle to survive. Some of these women have no interest in religion, some are religious by instinct and self-development, and it's where the Pagan force is coming from. It comes from little to no contact with Christianity (it is after the collapse of the Sunday School movement, and the loss of focus in RE and school assemblies) and this is what will come into Unitarian churches, if it does. This is where the revolution is happening, and it is among the never-churched (as Christians would see it) and among women in particular, the women who are progressive to themselves and not of the women who voted against change from within the Church of England and represented its increasing sectarianism.

But as I said to one Pagan suddenly among us, go back to when these dead female members were alive and active in Unitarianism, and many of them also supported a male minister and older patterns of authority and structure. This was news to her, and she didn't know that so many who voted against change in the C of E were women themselves upholding the old order. It just seems so strange to those who are spiritual but not religious, though that distinction is now breaking down along with the old order.

Pagans are not Christians, but they like carols too. It's just that they are not subservient to anything: after all the gods and godesses have to be generated, and rituals formed. They are creating not fitting in. All subservience has to go.

Posted by Pluralist (Adrian Worsfold) at 05:39

I find it interesting that Buddhism finds such a prominent position in the new national faith considering the relatively small numbers of avowed Buddhists in thi s country .

Neo Paganism has even smaller numbers but I can understand it's exagerated influence as it's an attempt to reconstruct a version of the original native religions of this land .

The question is often asked , is Buddhism compatable with Christianity ? , and the answer is given as a qualified yes providing you set aside the theology ,

Given this answer I would have thought that Unitarianism and Buddhism would be almost perfect partners . A new vision for Unitarianism instead of what seems like a hanging onto Christianity by the fingernails . A looking back at a lover you once had , but you realise you can no longer live with .

Have you ever thought of making your church sermons more Buddhistic instead of Christian ? It can be subtle and needn't be jarring for your audience . After all Buddhists seem to be pretty good at the ritual stuff as well . :)