Following the trend of Pagans joining Unitarian congregations, the Church of England has decided to get in on the act.

Ever since the incarnation of Iolo Morgannwg (Edward Williams), the Unitarian, recreated druid and historical fantasist, The Church of England hasn't wanted the Unitarians to get too far from its boundary in this arena, but only now is it making an attempt to go after the same constituency.

Comparatively recently the previous Archbishop of Canterbury joined the druidic circle of the National Eisteddfod that was the creation of Iolo Morgannwg. Now the Church is considering adding some plebs from those who like the circle dances and make references to the four elements and to various Gods and Goddesses.

As numbers of ordinary Pagan folks by their own choice are joining Unitarian congregations, the Church of England wants to do the same by setting up places of attraction. The difference is that the Church of England will create a surface Pagan environment but deliver the olde tyme religion, to convert them, whereas the Unitarian Church changes as it changes its membership.

All this follows on from Church of England Fresh Expressions, and also the ex-charismatic services that have drawn on the dance culture, other faiths, and native spirituality drawing in some intelligent young adults (called 'alternative worship' in some places).

Then there is the old one about people being spiritual but not religious. That's why Unitarians have been learning how to be more spiritual and perhaps less religious in the old formal sense, shaking off its long Puritan shadow. 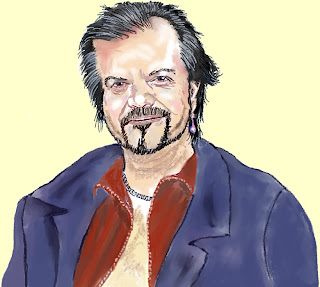 Trendy Reverend and Pagan/ New Age social science researcher Steve Hollinghurst will have a go at the window dressing. He told the BBC: "I would be looking to formulate an exploration of the Christian faith that would be at home in their culture."

So it would be: "almost to create a pagan church." He referred to forest churches from the forest school movement as an example - being outside with a circle of people, a fire, with chanting, prayers, and celtic feeling. It doesn't look like a standard Anglican church but it is yet "where Christ is very much in the centre." Almost is the operative word for this 'alternative [Christian] worshipper'.

The BBC report refers to a Christian who uses magic, in the form of angels card reading and more,  but one wonders how Steve Hollinghurst keeps to his Declaration of Assent where Anglican ministers are only supposed to use authorised forms of Anglican worship.

The BBC report also referred to the Church Mission Society and its training for pioneer ministers. The idea is to sell Christianity not via logical and intellectual assumptions but to feel, experience, being reflexive, drawing on meaning and value, bringing it in dialogue.

That move to feeling and reflexivity has also affected Unitarians, with a head start that religion must be personal experience. However, the big difference is that Unitarians have Paganism as one form of expression and Christianity as another, none having superiority, but all being of a wider mix that each individual can draw upon in their own personal but supported development.

At the same time Pagans like Christians can carry on in their own communities, but Pagans promote diversity within their own beliefs and this dovetails with Unitarianism.

What all this forgets is that a number of the Pagans have been attracted by the Unitarians' thoroughgoing equality and diversity of sexualities whereas the Church of England still seeks legal privileges to maintain discrimination. With all the deception in the world, the discrimination will show the reality behind the form. Plus the Church of England is out to convert: this is not the inter-religious dialogue that is consistently both within and without the Unitarians.

In the nineteenth century, with some internal conflict, the British and American Unitarians acquired a warmer more romantic and transcendentalist angle to their once rationalistic approach to religion. The more non-rational or spiritual angle prevented a slide towards a religious humanism where the religious part was hard to find. From the 1970s the spiritual side became ever more multi-faith, especially Eastern and Pagan. Much was also made of Native American spirituality and continues to provide sources of insight. Christian theology, which seems to say one thing while meaning another, has gone into comparative decline.

It's highly unlikely that the druid Arthur Pendragon would ever move to Anglicanism, but he might well take some Unitarian services!

Posted by Pluralist (Adrian Worsfold) at 04:28