End of All Our Teathers

So the Liberal Democrat Annual Conference has opened in Glasgow. I managed to see, I think he is called, Tim Fallon speaking. Apparently this was a left of centre delivery, though all I could manage during his speech was a series of expletives. 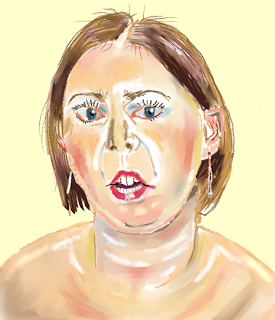 Sarah Teather has obviously come to the end of her teather and is going to step down as MP but remain a member of the party.

Why? What does it stand for, other than a right wing appendage to one of the worst Tory governments ever in its attack on the poor? He talked about a manifesto, but people who voted Liberal Democrat on the basis of its 2010 manifesto had their votes stolen as the Liberal Democrats never had any intention of keeping any of its direction never mind policies. Sarah Teather would have more credibility if she resigned now or at least sat on the opposition benches (resigning her membership). Apparently the Liberal Democrats are on about 7% in the national polls, surely too low to sustain even loyalty votes to existing MPs.

We need an election and for the current malaise in politics to be ended and the political scene refreshed. Cameron is now a mouse as a leader of the Tories and we need a fresh direction in recognising Britain as a community of people.

Posted by Pluralist (Adrian Worsfold) at 00:49