Notes on a Successful Liberal Ministry

I am not involved in congregational religion now. From time to time on Sunday I will do no more than visit some churches and meeting houses in Hull, and get a sense of what is happening.

If I am asked, like on an application form, for my religion, I still put Unitarian: by which I still mean an open, evolving approach to faith, with an institutional identity and potential directions. If I am asked what my beliefs are like, I tend to say at the very liberal end of Christianity within Religious Humanism and something of a Western Buddhist soteriology. History and the limitations of doing history are important. I don't believe in 'cults of individuals' and so I follow no one. I am not a Christian in simple terms.


Nevertheless, I can still reflect upon what makes a successful liberal congregation and ministry.

It needs to discuss: where its religion has come from and where it is journeying (directions). The notion of 'spiritual but not religious' gets us nowhere, a blank sheet that invites anything in. Because: the discussion has to be critical, has to discern the evidential and a consistency with the sociology of knowledge from the superstitious and interventionist supernatural. Identity and mission is important: that what happens is worth happening.

Yet such a congregation ought to give space: space for the quiet and for reflection. It's not all about discussion or content in the busy sense.

There should be a positive emphasis on including the other. It is unfortunate that not every congregation will be inclusive. Certain forms of religion attract certain social groups. Nevetheless the ethos should be inclusive socially and culturally: respect and expect respect. It's about breadth of vision and breadth of who is 'in'. Clearly the tribalist, racist, homophobe must be argued against.

From this follows a social vision that leads to practical action in the context of what a congregation can do.

If the church doesn't do reflective worship then it isn't really a church. There are many resources, traditional and liberal, and about identity, that can be used for reflection and contemplation and even generating a stance for action.

Hierarchy isn't always bad, but it ought to be justified by demonstrable spiritual experience, training, and emotional intelligence. Hierarchy is not an alternative to accountability, it should only exist with accountability.

A minister who thinks everything is down to personal leadership is going to come a cropper. Ministry is with the congregation, and a minister assists its ministry - not the other way around. A minister may help co-ordinate, but it is not that congregations are in the passenger seats with a minister doing the driving. A minister learns. Ministers do lose some people, and attract others, but a minister should always seek to keep who formed the place over time as others come in to add to change. Harmony means different notes playing together. A minister who loses people because of obsession with projects, or where others are said to frustrate his or her ministry, will simply cause the congregation to decline and argue, often out of earshot of the minister. Ministers should genuinely bring people on board, and not have a fake kind of 'consultation' whilst forcing schemes and intentions through, attempting to push a congregation one way or another. 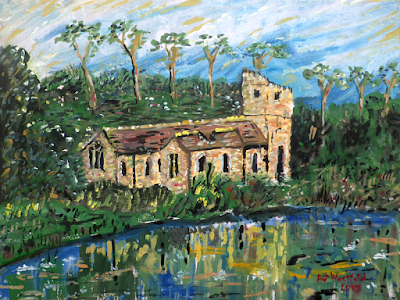 Of course there may not be a minister, in which case a congregation needs to develop patterns of leadership and service to try to co-ordinate and bring all on board.

A successful liberal ministry involves participation, gathering from the back to the front, and offering the benefits of training and emotional intelligence. In worship these purposes are nurtured. The congregation is the vehicle that requires careful driving skills, where the energy is drawn from the congregation.

Posted by Pluralist (Adrian Worsfold) at 04:56

Thanks Adrian. In my reflections on the Quaker community I am much influenced by collective action theory. The absence of a leader often (always?) leads to collective failure to achieve objectives. There are inexorable tendencies to contribution failure and rule-non-compliance. "Salvation" through Jesus Christ powerful compliance motivator.

You prefer leaders and some inequality to get product than the Quaker stress on equality? Maybe, and also bigger groups may have more free riders. But what if the leader is out on his own, where the goods claimed to be produced are not, and people withdraw from the relationship? The point I am making is a ministry that does not gather in and focus on that not only fails to produce the goods but becomes dysfunctional. So success means having everyone on board as much as possible. Surely Quakers allow for initiative, encourage inclusion and participation, seek out consensus. What is the problem, where are solutions and are they practical and affordable. That can be participatory it seems to me.