On My Congregational Travels

This time my congregational travels did not take me far: local Methodists. Despite living in this house for nearly eight years I have not been there once. And as I said afterwards, back in 1980-82 I attended a youth fellowship group and made it into part of my Ph.D research, using the misname Risemere Methodist Church and compared it with an evangelical Anglican church in an estate. (One person who was a leader then is still attending now: he was 28 when I was 21. I'm 58 now. I recognised no one else, which is also a testimony to living an anonymous life even in a suburban village.) 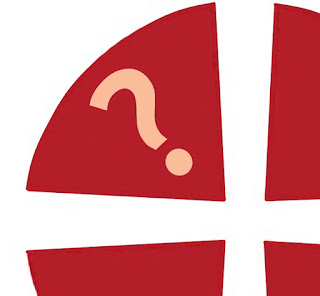 It was perhaps the wrong service to view, because it was a special service for children especially and thus had a swollen congregation. There were forty mixed age adults and fifteen primary school children. I was told after that the congregation normally averages out at thirty. These children have a 'messy church' on a Wednesday, apparently. The fact is that there is this outreach, as there is to scouts and others. I mentioned going to a URC 'Fresh Expressions' service kept going by attendances from within, and because they'd gone home it was cancelled and so I went home never to return. (And it also has outreach into uniformed youth.)

A chap I asked outside tagged on to me for a few food items and drinks afterwards in the church hall, so I spoke to him and another chap in particular. I didn't speak to the minister. I didn't even know she was the minister until she called herself it during the service.

This service was the 'Wastewatchers' service, and the Master of Ceremonies (let's say) said if it was waistwatchers then he would not qualify. For his age he said he was 6 with another 6 after it. Good strong voice and I think it was amplified even at a distance. It seems these children had recently had a pretend wedding. A girl was the bride and a girl the groom, probably because of the fifteen attending Sunday only three were male. Like in a real wedding, they'd made promises, and these were "what Jesus would have wanted" like being kind and being good (etc.). The 66 year old, a rather younger female youth worker, giving her last hurrah before going off to Birmingham, and an in between (age-wise) female gave a sort of theological theme. If I have it right, it was something out of nothing, something special out of something, and then (I think - but I was flagging by now) look after it all (as in wastewatchers, I take it.)

Thus we had the creation, and then (the linkage) that at this wedding (where who got married wasn't mentioned) Jesus mother was approached and Jesus turned water into wine, which was better not worse towards the end, and then presumably living with these. The youth worker took a jug of water and concealing the bottom of the glass as she held it, tipped the water in and some pale blackcurrant colour was evident as the water rose up the glass. And she said that, as well all know, Jesus went on to perform many miracles, and this had been the first.

Thus in one fell swoop the whole point of the miracle stories was lost, and the notion of 'reluctance' to perform miracles in the text was lost. Jesus was God and he was a magician. Now I know the objection here to my objection: it's only for kids. So is Santa Claus. The whole point of the water into wine tale is that it is an allegory of the Kingdom of God. Is it that difficult to express that message somehow, even to youngsters. After all, some of these sermonisings throughout could only be captured by older people than the children present.

Interesting that there was only one prayer in this, with the Lord's Prayer afterwards. The hymns were one "television viewers think is the only hymn we sing," the wearisome All Things Bright and Beautiful, followed by a very secular marriage hymn and then some terrible indigestible Jesus cult hymn (as I see it) by Graham Kendrick. I can't sing such, and didn't, and, as I say, I was flagging by now.

I was interested that, even in a local Methodist church, there were four television screens (too small for the distance of viewing). One was high among the organ pipes, presumably for anyone using the balcony (a "health and safety" issue, said the 66 year old during the service and thus no one was up there), two were one each in front of the aisles, and one faced the preacher off centre. The audio seemed to come from the back. The chap who met me and chatted afterwards was a steward and he operated the computer that put the words on the screen. The wedding hymn had words too small, but the rest were easily seen two lines at a time.

Interestingly, when I told him afterwards over drinks and eats that I used to attend Unitarian services, he never batted an eyelid, but when he said he and a friend attended St. John's Newland to see how they did all their music and the rest I said, "Ugh," as it is a Reform and nasty homophobic part of the Anglican Church. I was talking about once doing the music via prepared CDs and also the magazine. He said how useful I could be at their place. I said of also once doing the website, although another person who'd also left did the website most recently, and did it well. I said of about where I lived, and the connection between my charity landlord and the church, and yes by historical accident there is this funding but also funding for a number of other churches relating to the charity's founder.

As for the past minister there I knew best, I knew more about his movements and his final rather frustrating ministry (too many churches) prior to retirement. However, an interviewed for my Ph.D 'Liberal Methodist' minister was a name my chatting partner seemed to recognise, and I said of his movements and where he has been now for a long time. I also told of a traditionalist Methodist minister, who was a high Methodist like Wesley was before he set out, and thus became a lay Anglican, married to an Anglican vicar in Lincolnshire.

The one person I knew there told me where other leaders back in the earliest 1980s had gone. He was just the same, even down to satisfying his charismatic leanings in other gatherings from time to time. Back in the 1980s he was frustrated by the traditionalism of the worship approach, but presumably it has moved just enough in his direction to keep him. But he was never likely to move elsewhere.

I had a good chat about my academic background (describing the Ph.D, the MA in Theology), what I'd done. He asked me if I'd ever considered being a minister myself. Yes, I spent a year at Unitarian College but, "I was too heretical for the heretics." And this is the point. It wasn't as if I was some local who just turned up, but came with a baggage and a preference that really rules me out of joining in with this theological expression. They may have said, "See you next week," (er, there isn't one 'next week') but I said I'd be out of the Unitarians for about two years and I retain one social link there.

That was the danger, and the resistance from me going there, that I'd be pulled in. I left thinking I may go again but not soon. I'm more likely to resume going the the Quakers, but again from time to time only. Theology matters. If you don't believe it, you cannot express it.

Posted by Pluralist (Adrian Worsfold) at 21:29