The continuing spiral downwards of the Anglican Communion has been accelerated by no one less that the Archbishop of Canterbury. The full letter he sent to Bishop John Howe is extraordinary, to say the least. This could be the operation of the law of unintended consequences. The intended consequence is to stop individual American parishes of The Episcopal Church placing themselves under a foreign bishop rather than the one of the diocese, but it is put in the context of "Windsor Compliant bishops" who stay loyal to this process of the Anglican Covenant via the big bishops' meeting at Lambeth 2008 (in the summer).

This is the letter as extracted from a conservative weblog, Titus One Nine, produced by the Rev. Canon Dr Kendall Harmon.

I've just received your message, which weighs very heavily on my heart, as it must - though far more so - on yours. At this stage, I can say only two things. The first is that I have committed myself very clearly to awaiting the views of the Primates before making any statement purporting to settle the question of The Episcopal Church's status, and I can't easily short-circuit that procedure. The second is that your Rectors need to recognize that this process is currently in train and that a separatist decision from them at this point would be irresponsible and potentially confusing. However, without forestalling what the Primates might say, I would repeat what I've said several times before - that any Diocese compliant with Windsor remains clearly in communion with Canterbury and the mainstream of the Communion, whatever may be the longer-term result for others in The Episcopal Church. The organ of union with the wider Church is the Bishop and the Diocese rather than the Provincial structure as such. Those who are rushing into separatist solutions are, I think, weakening that basic conviction of Catholic theology and in a sense treating the provincial structure of The Episcopal Church as if it were the most important thing - which is why I continue to hope and pray for the strengthening of the bonds of mutual support among those Episcopal Church Bishops who want to be clearly loyal to Windsor. Action that fragments their Dioceses will not help the consolidation of that all-important critical mass of ordinary faithful Anglicans in The Episcopal Church for whose nurture I am so much concerned.

Breaking this up in favour of taking refuge in foreign jurisdictions complicates and embitters the future for this vision.

Do feel free to pass on these observations to your priests. I should feel a great deal happier, I must say, if those who are most eloquent for a traditionalist view in the United States showed a fuller understanding of the need to regard the Bishop and the Diocese as the primary locus of ecclesial identity rather than the abstract reality of the 'national church'. I think that if more thought in these terms there might be more understanding of why priests in a diocese such as yours ought to maintain their loyalty to their sacramental communion with you as Bishop. But at the emotional level I can understand something of the frustration they doubtless experience, just as you must.

With continuing prayers and love, +Rowan 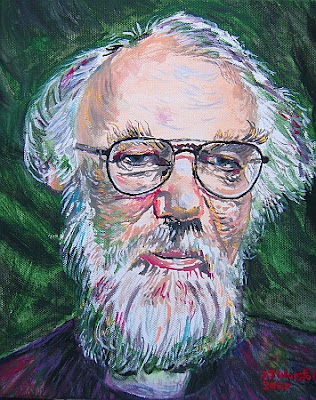 The unintended consequence is this: that the focus of unity is the bishop in locality, and his (her) loyalty is then to the Anglican Communion on a faithful basis (in this case, the Windsor process). According to Rowan Williams, this is Catholic theology.

Well, as I have been finding out recently (see recent blogs below on Liberal and Free Independent Catholicism), even a wandering bishop has to be connected to a named Church. That Church may be from an existing one, or such a bishop may start a new one. But there still has to be one. What the Archbishop is saying is that the Anglican Communion is that Church, not the province.

This is definitely not what those who built the Anglican Communion thought and intended, nor as it has been understood until, well, the 13th October this year. The Church of England, for example (made up of two provinces, incidentally), would never take any instructions from beyond its borders, and the Anglican Communion was a set-up for discussions and not decisions. Indeed, this Archbishop has stated that the Lambeth Conference 2008 cannot take binding decisions. It is the Churches that have the synods and brother bishops that make decisions, not the Anglican Communion.

We have seen this before. This Archbishop has (at least) two sides to him. One is the nip and tuck narrative theology by which some call him a liberal. The other is this push for a centralised Catholic theology without a Pope.

In other words, according to him the Communion is not just a federation or a spiritual commonwealth, nor is it Alister McGrath's family of Protestant Churches! Once again he refers to the Primates making views known before he makes a statement purporting to decide The Episcopal Church's status.

The reaction from many, regarding what the Primates think, is, "So what?" There is no central structure in the Anglican Communion for deciding anything. Nor can the Archbishop decide. Some say the Anglican Consultative Council is the only body to decide, along with the Archbishop of Canterbury - but not him alone. So far the Joint Standing Committee has given approval to the response of The Episcopal Church to statements made by the Primates at Dar es Salaam in February 2007, which the Archbishop described as "not an ultimatum".

There is another aspect to this, too. This is the quality of the ride delivered by the Archbishop's interventions or non-interventions. It is extremely bumpy and the vehicle keeps hitting the walls. First it hits the wall on one side and then the other. So far he has shown every inclination of keeping The Episcopal Church in the Anglican Communion. Now he waits for primates, and his own statement, with every possibility that it may be kicked out. However, the letter intends to show clear opposition to foreign bishops coming in, and at any time, the price being that even if The Episcopal Church is given a marginal place in the Anglican Communion that individual dioceses can be fully members via the compliant bishop.

Rowan Williams is, as everyone knows, very intelligent - so asking if he has thought this through seems a little odd. Has he thought this through? Suppose developments as urged by Reform to have a "biblical based ministry" in opposition to so called liberal bishops (with whom they feel out of communion) get nowhere. They might then bring in foreign bishops - clearly also wrong according to the Archbishop of Canterbury. They might want oversight by another English bishop - also wrong, according to the Archbishop of Canterbury (they should accept the bishop in their diocese - he is the focus of unity). So far, so good. Ah, but what about a bishop in a diocese who falls out with other bishops who are regarded as too liberal, about which the Church of England does nothing (because others think they are not too liberal). So the bishop of the diocese takes a decision to ally himself with, say, an African province, on the basis that they uphold (in their synods and meetings of bishops) a higher standard (for them) of orthodoxy. Now according to this Archbishop, there is no need to do this, because the bishop himself (herself) is the focus of unity and is in the Anglican Communion, but it means therefore, for those who think the Church matters, that equally the bishop of a diocese can go to whatever Church he (or she) pleases. The unintended consequence of what the Archbishop has written is that it does not matter. We have Protestant minded bishops - for whom the actual Church does matter - who could well wander off to other Church communions as a way of protecting their purity.

Goodbye the Church of England, then, and all others. What a mess.

The bumpy ride - I've been charitable regarding this Archbishop, whose low level interventions have looked like a strategy: let the various parties sort it out, let history unfold, let's see the desire to hold together in the Anglican Communion overcome the splits and likely schisms. Now I think he has lost it: something is seriously wrong.

Once again, the only solution - and yet it is probably too late - to the Anglican muddle is for the Communion to be as loose as possible, a spiritual commonwealth. There are Anglican Churches, and it is up to them, one by one, to decide with whom they are in communion. The various Orthodox Churches behave in this way - recognising and not recognising. The Archbishop has almost a Roman Catholic view of Communion, not just Catholic. The Catholic view centres around named Churches, and they decide whether to be in communion or not.

The letter of 14th October leads to nothing but chaos: more chaos. The mess of the Anglican Churches is in danger of becoming disintegrating chaos. Once again, a centralised solution for something spinning outwards just causes a more violent schism. This letter makes the disintegrating chaos considerably more likely: the Anglican Communion is going down the plughole.
Posted by Pluralist (Adrian Worsfold) at 03:58

And yet the ecclesiology present here is consistent with Roman ecclesiology. How can Rome's hierarchical-ness and centralization of authority be made sense of while holding that the diocese is the basic unit of the Church?

Adrian, yes, everybody agrees that Archbishop Rowan is a Very Intelligent Man. But as they say back where I come from, he don't have the sense God gave little green apples. Don't have a smidgen of horse sense. Don't know to come in out of the rain. Don't know his arse from his elbow. I could go on, but you get my drift. There are different kinds of intelligence, and he doesn't seem to have the kind that his office requires. Your metaphor of the bumpy ride captures the experience all too well. Thanks for this analysis.