Now or Ever More Unlikely

Not all progressive and ordained women, then, want to have this legislation to allow women as bishops. the uber-liberal Lesley Crawley is against, because it is not real equality on offer. 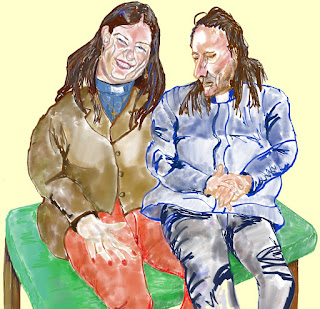 Better to leave it twenty five years, she says, and do something else, until equality comes more naturally and thoroughly.

The problem is it won't. The Church of England is sectarianising, becoming more detached from ordinary thought (as expressed by Lesley, among others, who has blogged as not believing in an intervening God). It is getting more evangelical. If it stays as a place for traditionalist Catholicism, then it will take away the need for the Roman Catholic Odinariate. The one thing that just might put a spoke into the wheel of sectarianising, along with open gay inclusion in all its ministry, is female inclusion in all its ministry. It might happen with a Code of Practice, but women involved in all ministry will be a stronger position for getting rid of such a Code of Practice in due course than not having women in ministry and hoping all equality happens at once.

People like Lesley are in a minority, and will be so increasingly without some measures to prevent the evangelicals taking over. 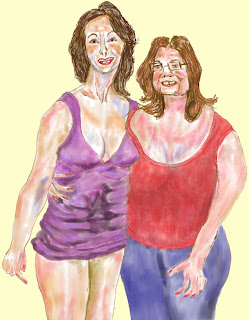 Better to force them into a Fellowship of Confessing Anglicans and the like that can be identifiable in order to maintain a Church with at least a modicum of connection to reality.

But the argument for, given in The Independent, is not a credible one, for such uber-Liberals including me. Here's the unconvincing section from the letter published there signed by umpteen hundred folks, including evangelical Rachel Marszalek, who likes a bit of the charismatic thingy. They are in favour:


First, because the Bible teaches that “in Christ there is no male or female”, but all people are equal before God. Just as the churches have repented of our historic antisemitism and endorsement of slavery, so we believe that we must now show clearly that we no longer believe women to be inferior to men.

Secondly, Jesus treated women radically equally. He encouraged them as disciples, and chose a woman as the first witness to His resurrection, at a time when women’s testimony was inadmissible in law.

Thirdly, we have promised as clergy to “proclaim the faith afresh in every generation”. We fear that failing to take this step would do the opposite, proclaiming instead that the church is more interested in the past than the future.

The legislation to be voted on represents enormous compromise from all sides. Those who wish to avoid the ministry of women will still be able legally to do so.


Unconvincing. The Bible also teaches women to keep quiet, not to teach men, that they were derived from a male rib, and other such rubbish. Secondly, Jesus did not treat women equally with men, and chose 12 males with a woman hanging on, possibly a love interest. He also treated Gentiles with less courtesy than the main interest, the privilege and responsibilities of Jews chosen by God in the believed last days. Paul it was who universalised the coming Kingdom, turning Jesus into the salvation figure of the above letter. The idea that Jesus 'arranged' his first witness to his reanimation is unhistorical voodoo theology. He did no such thing, but then humans don't come out of death including Jewish rabbis. Gods do not intervene (as Lesley will confirm). As for proclaiming afresh in every generation, voodoo theology isn't the way to do that. Lesley wants to do that, without intervention, and she hasn't signed the letter.

It is no more simple than if you miss this bus this time, then don't expect another bus to come along with a better chance of getting on it. If the Church of England votes doesn't vote for women bishops, then women who believe in equality should get out. You don't have to be a member, don't have to draw its salary.

How someone justifies staying in such an unequal organisation I don't know, but an insufficient vote for will allow all the other inequalities to go on.
Posted by Pluralist (Adrian Worsfold) at 13:13

Your assessment of Lesley as 'liberal' is interesting. She is, by all accounts, a conservative evangelical - and I am not sure that the two 'houses' live happily in the same human form! Unless she is a chameleon, of course. A crowd pleaser perhaps?