So the Hull Unitarian church will not be rebuilding its front and adding on some new rooms and a small upstairs accommodation.The original plan was something like as in the picture to the right. I coloured it up so it may have had a different colour scheme. Modernist and minimalist designs - what an architect today thinks a church should look like - were ditched in favour of something almost from the English Reformation itself. The alternatives imagined were something postmodern, that is with different features jumbled up that gave a church appearance, like a cone for a steeple and some sort of lighting. 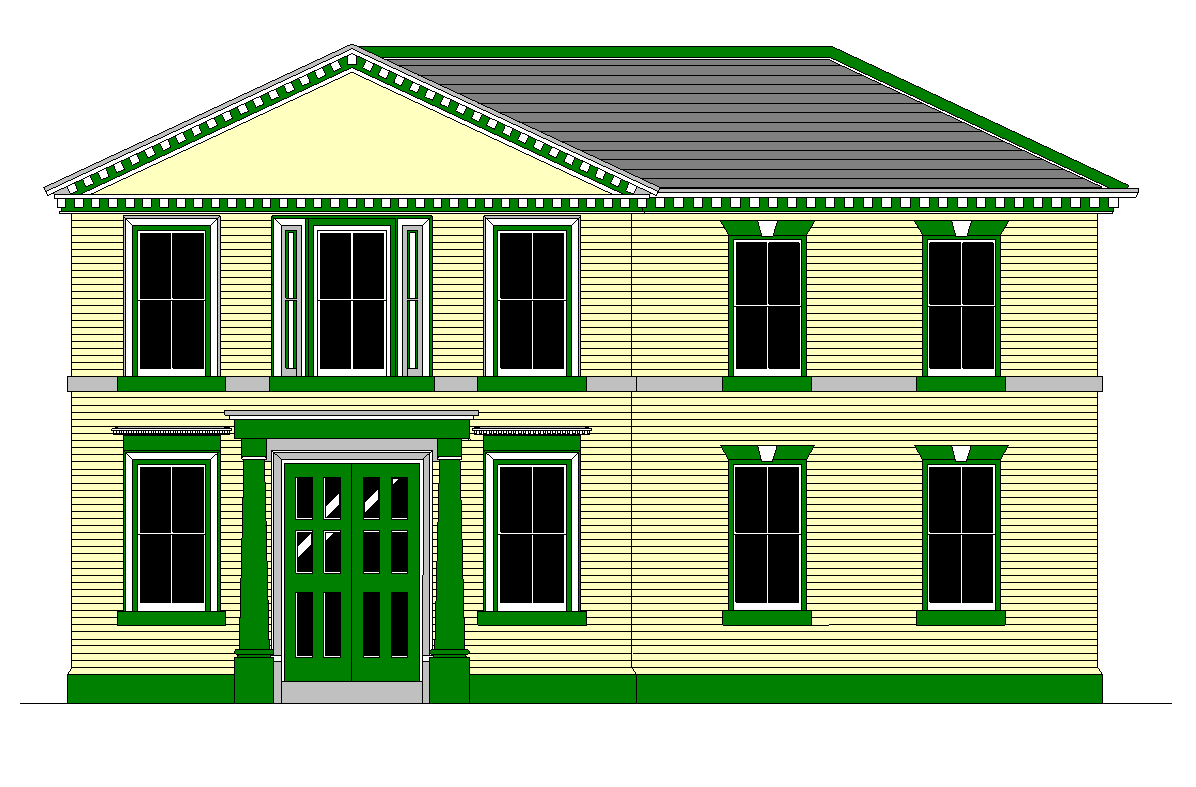 It is a surprise decision. I likened the decision in Sunday's Congregational Meeting to the Grand Old Duke of York, but welcomed it. I said, "Sometimes the Grand Old Duke of York has to look where he is going and take a decision to stop." I also said we were coming down the hill at speed. It was a surprise outcome to a very recent meeting of Chamberlain Trust Trustees and follows a long made consensus within the church to go ahead with the plans, even though there were always people opposed.

I was expecting nothing more than an update of, indeed, dates of closure and confirmation of the length in months of closure. Had people raised objections, I would have supported the consensus apparently achieved and not to go back on it at this late stage. But that's the problem, that there remained objections and yet a consensus achieved. Also, by now, considerable emotional investment was given into the project, so the reversal is all the more involving.

There are two principle and rather opposing reasons for the unexpected turnaround. The first is the decline in attendance on Sundays. People have drifted away. The problem here was if we met elsewhere, in transition, we would do so occasionally. The building would be shut for six months and the danger was acquiring the habit of not attending. It's why I'd argued for weekly services wherever we were going to meet, which raised serious problems about who'd present the services (I answered that by saying I would - I'd have built up the written services we have available and so far used in emergencies - but not everyone wants me taking services so often). The danger then was a brand new looking building, with extra accommodation, and no one actually being the church within it. Everyone would have to be gathered back in, and we are not very good at gathering back in.

The second reason for the turnaround was the Friday gathering of a coffee morning that has attracted, if not big numbers, at least a different and moving clientele who like the company and the conversation. To close would cut off the one area that has seen some sort of continued positive activity and it takes time to build up a flow of people into the coffee morning.

Certainly the whole matter has been instructive regarding decision making. The project had a huge push about it, and I was one person receiving complaints about the loss of the building for the transition time. So it was that at one meeting last year I threw a spanner not into the works but to make a noise, to say that there wasn't the agreement that was assumed, the result being that several people then spoke up against it. Despite all the plans laid out, explanations were necessary to show that the outcome would be an improvement - for example in direct access to a meeting room/ office, and not disturbing others using the church. Toilet and storage facilities would be much better.

My own view was and remains that on needing to change we move site. The Victorians did and they moved to a suburb. They had a catchment area for users of leisure, welfare and education, and a middle class locality but wider attraction. The equivalent is western Hull today - we do not have any more a working class leisure, welfare and education role. Those earlier 'outer circle' activities, like the Sunday School, have all died. We are now specialists of religion but there is nothing wrong in being situated on good roads in a residential area. The benefit of my plan is you shut the door of the old one week and move into the place with better ofice and meeting space the next.

Nevertheless, one should never underestimate the attachment people have to a place and a building. It has long been known in ecumenical studies that 'mergers from above' don't work well, as those who inhabit the closed building often do not transfer to the new building. So my plan isn't exactly watertight, even if it is rebuilding out of sight. But what the present site cannot generate is that community feeling that a church can in a housing area or at the centre of a small town.

Nor do we provide a distinctive alternative, because there is no sense of competition and restriction in Hull. Hull is so secular that no church is doing well. The only successful churches are the sectarian ones and one on the far outskirts of Hull into East Yorkshire, where people travel very far for the its very Anglican services. It is a large car park type church - a prosperity charismatic presentation.

But there has been at least one welcome revolution in Hull. It seems we are going to sit in a circle or horseshoe as a standard practice now, with rows of seats more occasional. For years I've wanted half circles and similar, and now it has come about in the heady atmosphere of the ten thousand men marching down again.

In two years or so we may look at the rebuilding again. The outcome seems to be the need to have some sort of professional input, ministry or otherwise, regarding development, as tasks and participation are shared out. There is experience (including relatively nearby) to draw upon, as well as research.

Posted by Pluralist (Adrian Worsfold) at 17:23