Naked Women among the Bishops

Detailed news is only now coming through of what happened on Tuesday 18 May at a gathering of the Church's House of Bishops, following the consecration of Mary Glasspool in California on the Saturday.

Staying at The Railway Arms in York, a couple of naked women, similar like sisters, appeared to come out of certain rooms inhabited 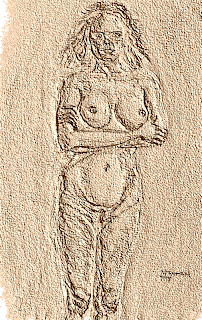 for that night by bishops, all said to be worse for wear with drink. As for those bishops, the ones the women were with, and indeed all of them: who knows how they now lived their lives when in secret.

Who exactly were they the women with? But that wasn't the point. One bishop, Bishop James, emerging from room 48, covered one naked lady with his large chasuble that he lay over his bed every night. He was just like that, obsessed with his position but was changing regarding his views on sexuality. Another from a different door came out and just looked at the other woman's impressive features, and both women then ran down the corridor and through the double doors at the end, leaving the chasuble behind.

Suddenly from a room into the corridor appeared the Archbishop of Anglicanism himself.

"Bishop James - pick up your chas. Go up the elevator to room 6620. You, all of you, were not coming here as if to be untested, and in the circumstances of this event, one of you, it cannot be said otherwise, surely did fail to make the intended grade," he said, stroking his beard.

The bishop who oggled said, 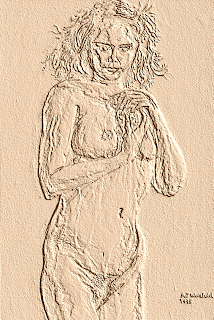 "And you guv, you keeping us here, you have your issues too. What about Cudden Careyless always on your tail, trying to close you down?"

He replied, "I am myself being tested an almost impossible task. I have to find some unfound method to keep the Anglican Communion, the world we have around us, a world where I give multi-faith lectures, together. Saturday, and the women abroad made it worse for me still. Did you not recognise them in the corridor - Mary and Diane?"

"Looked nothing like them, Guv," said the Bishop Monarch, who'd failed.

"But they appear so to me. They must, you see. This is my test, where one of them at least tests me. Has not Gene hunted me down until now, and now Mary? All you saw, yes all you saw were two naked women. A different test. Oh and yes, the bishops they were with failed as well. They too have issues."

"I discuss the issue facing you endlessly," said Bishop Monarch.

"You're nothing but a dyke-digging tosspot," said the Archbishop, uncharacteristically.

Thus the one who passed the test, Jones James, who had offered his chasuble, went as if to see Nelson, but in fact saw Bishop Cudden Careyless first and was invited to take the elevator down to room 3B, and despite elsewhere lying in hospital, and able to demonstrate a miracle there, instead returned to that corridor above, seeking his career among these undead damaged and undead finished bishops with issues.
Posted by Pluralist (Adrian Worsfold) at 06:07