There is going to be a new academic ethical assessment of the use of animals in research by a Working Group of 18 international academics from six countries under the leadership of the Revd Professor Andrew Linzey, Director of the Oxford Centre for Animal Ethics.
The project is the result of collaboration between the Oxford Centre and the animal protection society, the BUAV (http://www.buav.org/).

The Oxford Centre for Animal Ethics is an independent centre founded in 2006 by its director, Professor Linzey. It is the first in the world dedicated to pioneering ethical perspectives on animals through academic research, teaching, and publication. The Centre comprises a fellowship of more than 70 academics worldwide from a range of disciplines. 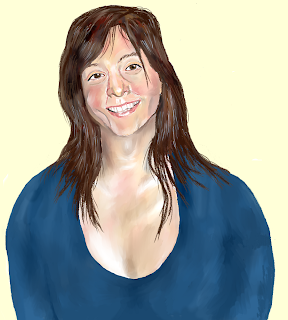 The BUAV, with a history of over 100  years, is an authority on animal testing issues and is frequently called upon by governments, media, corporations and official bodies for advice and expert opinion.

Email for more information and the full press release - including the list of the academics involved - contact depdirector@oxfordanimalethics.com (the email of the press release, the Deputy Director Clair Linzey).

One person of interest in Oxford and who was also a dedicated vegetarian and liver of the simple life was Bishop Ulrich Vernon Herford. He was from a family of Unitarian ministers and trained as one himself, but had an ecumenical vision and became an independent Catholic. I am reminded of him because of an article in November's The Unitarian about the Free Catholic movement by the Rev. Jim Corrigall. It has information in it I didn't know, and I'd want to express a few points differently, but it completely ignores the fact that Herford was in and out of the Kings Weigh House ordaining its ministers and priests. It is said that Herford never changed his theology, so remained a Unitarian Christian, although the ordainer of him in the Indian Church probably didn't realise this - neither checked with the other what exactly their ecclesiastical theologies implied.

Posted by Pluralist (Adrian Worsfold) at 06:36