It's the 24th, now, just, and it's all over for another year. Yup, I've put all the carols and Yuletide songs into computer storage until a year passes. The duplicity of having Christmas and not believing in its core myth (the deity-incarnation of a person) is finished for another year. Unitarians worship according to the commercial Christmas, somewhat restrained. So the carols come out about mid-December, while the shops are busy, and go away immediately the last service at Christmas is done. Christians (the ones that follow the script) have Advent up until Christmas Eve when just before midnight for the next day they start singing the carols. I see that Sing Your Faith (2009) has a Candlemas hymn, but I wonder if any bother with that.

My service is the first one of the new year. I wonder whether to be naughty and extend the unwanted... (I have other, more interesting ideas, however.)

I'm very dogmatic about Jesus and his birth. He was born, unnoticed by anyone than mum and dad, probably in Capernaum, and was a child like all others. He grew up to learn the building trade (probably the nearby Roman settlement had plenty of work) among the capable self-employed. I think it's possible he could speak Greek to get about the nearby town, as well as Aramaic and enough Hebrew. He was the insightful religious odd-one out of probably a fairly religious family among the locals and being a bit 'odd' and possibly spare cast himself out via John the Baptist's clan, believing in a world ending to rid of Roman oppression and bring everything to fruition, and went on himself to preach the coming of a Messiah with his own group of capable independent types, especially with the Baptist off the scene. He wasn't unique in this, but then not every last-days preacher had a Paul. If one deducts Paul, it's debatable whether the Jewish followers would have had staying power, and there would have been no Roman Empire element (although that wasn't necessary - the faith as 'Nestorian' also spread East outside the Empire and into China, where it subsequently died out, and with peculiarities into India). One point I contest is that early Christianity was significantly about the poor: it was capable businesspeople and employed as disciples, it spread along the trade routes as a badge of respectability and trust among traders and travellers and their householeds: it was concerned with the poor with the Jesus reverse ethic but the poor were added on and in. (The Victorians did so with education and leisure, but the middle class and capably literate have always run the show.) 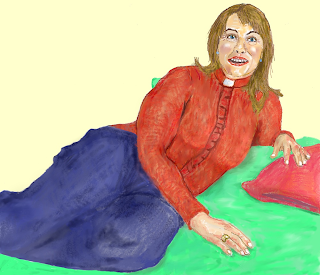 The idea that there is some sort of strong oral memory of the birth in terms of supporting the mythic infancy texts is made nonsense by the fact that they are travelling in completely different directions regarding the Bethlehem Micah prophecy. There is no record of a census at that time, and Romans were good at keeping records. For different reasons, if like the story of the trial, the myths of the birth do not add up. They are unhistorial, if mythically ahistorical. The gospels are rapidly-made geographically and communally specific oral traditions and include two inconsistent birth narratives, both of which went into text.

The Unitarian tradition outside the United States is too weak now to 'move' and produce something more distinctive. It will remain confused with some services being Christian-like and others becoming more Pagan and green-leaved at Yule. I suspect that in the US the transcendentalist tradition will aid the move towards an increasing romantic, Pagan, festival of lights. If Sunday Assembly has legs it will sing along to pop Christmas muzak, which is about the level at which most people encounter the festival.

In Hull we used Hymns for Living (1985) again rather than a home resistance carol book (no date but well over fifteen years old) with more traditional words. The hymn book removes a few sexisms, but inconsistently, and also a few theological embarrassments, but again inconsistently. When I seek out non-Unitarian choirs, they sing the old words; using the old hymn book Hymns of Worship (1938) does not help as it has the same theological variations from those old words even if sexism was no issue at its time of production.

I don't put up a tree or decorations and I don't send cards (the latter as a waste of money matter, and I encourage others to do the same reciprocally). I'd rather do without it all. But being the music man I have to encounter it each time I do the music. However, it was noticable just how many even of the few stayed away from the Christmas services. People do that when they don't believe it. Trouble is, they are doing it anyway.

Posted by Pluralist (Adrian Worsfold) at 04:34