There is only so far an institution can stretch. This is the problem with those seeking Lesbian, gay, bisexual and transgender inclusion in the Church of England. It's the point to which the Church cannot go without snapping off a considerable anti-constituency. Those who favour inclusion say how evangelicals are beginning to shift, shift at least because a new generation is coming along, among the evangelical young, who discover their sexuality, and then find an institution they thought was part of them reject them. Evangelical leadership is bound to change, not just condemn or restrict.

For most, such change is part of growing up and alongside getting an abstract mind on top of concrete realities it shows not everything is as you thought it was. Just as confirmation was a leaving certificate, so such a discovery is a means to choose something else. But it is true, too, that some find this rejection very deflating to the inner-self and can lead to even suicidal thoughts, especially if the personnel of the institution start to be threatening. Perhaps they could 'wait': these folk cannot wait if they are now going into their formative, creative times, times for making relationships with sexual partners.

Set against this is decline, and decline means less contact/ relevance with the broader wider world. Also, places of growth are likely to see the prevailaing outside world as ideologically hostile. As well as traditionalists that defend, there are conversionists who attack. But it is all a smaller universe. This cannot be a trend towards LGBT inclusion but quite the opposite. Liberals in general become marginalised, and it is the liberal who is most likely to have theologies and ethics of inclusion.

Already stretching between incompatible positions ethically, and theologies so diverse, the only way the Church of England could get female bishops was by promising a Conservative Evangelical flying bishop to join those who were Catholic traditionalists. This doesn't just contradict on women as bishops exercising headship, but also embeds the position that restricts the view of LGBT people as disobediently sinful when being themselves. So the Church of England, stretching further, has these 'conversations' on the ground between selected individuals about the experiences of holding different views on LGBT related matters.

Whilst it is something to appoint someone with Conservative Evangelical views, it comes to something else surely when that person has been part of the organising to undermine the very institution of which he is being made a senior member? He is supposed to operate (and how does this work?) by asking the permission of the, in some cases, woman diocesan bishop to be in effect an area bishop to congregations who don't want to recognise her headship. For him to minister to them, he must ask her and thus recognise her headship. 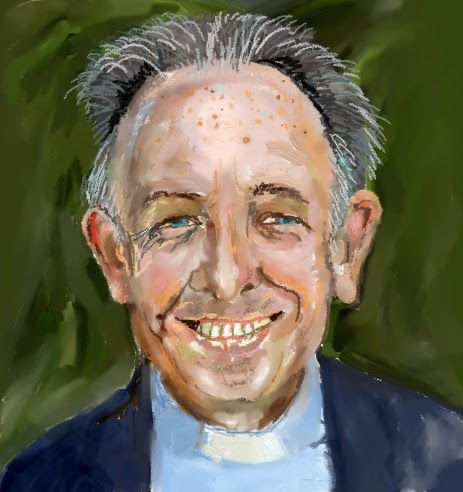 Yet Rod Thomas has been part of the movement that created foreign bishops to gather as a Primates Council and institutions, like the Anglican Mission in England, that will bypass Church of England structures when the 'orthodox' congregation doesn't want to recognise what it considers to be unorthodox bishops, including, presumably, women. And the websites of AMiE and Reform are hardly responding in institutional generosity towards this requirement of institutional fidelity. It's all fair game. Reform and the Church Society already stretch out and include congregations outside the actual Church of England, and it seeks alternative organising inside so that 'our people' get the selection for ministerial training they want, the soft of ministerial training they want, and the appointments of their ordained that they want.

So the Church of England has appointed to a senior position to enable it to 'stretch' further someone who is involved in creating a Church within a Church. If this isn't bonkers I don't know what isn't. Some think it is ingenious, to appoint someone that forces compromising behaviour and a loyalty to his position. Don't believe it.

Recall, back in the 1980s, Militant Tendency promoting their purist Socialism and, more than this, self-controlled means of organising. Every Labour Party position it holds is one that is held by referring back to Militant, and Militant both monitors and diverts the money and personnel involved to further its means. This is known as entryism. It is a strategy of institutional manipulation from within, but control from without. It gains the broader outreach of the main body its purism could never achieve on its own. The main body is 'used' because it is suspect, and if the suspect body collapses, then all well and good because the purist outfit can inherit that institution's outreach to further its own ends.

Imagine Neil Kinnock who, instead of doing what was necessary to cut them out, and force one loyalty, appointed Derek Hatton to high office. What would Hatton have done? Would have have felt grateful and compromised? No, not a bit of it. He would have continued referring back to Militant, and Militant would have regarded the appointment as excellent.

This is exactly the position here. The first loyalty is to the close control of the Conservative Evangelical position that needs to worm its way further into the body than it could by ordinary persuasive means. Why should this man Rod Thomas not only never recognise the headship of a woman in a diocese, but why would he not continue to encourage other means by which laypeople and their Presbyters seek an oversight-Presbyter that is a man? After all, this is how they understand bishops, not by "reading the ordinal" as Rowan Williams once put it, but from the bottom up, from the collegiate of presbyters with congregations.

So this also implies that Reform ideology makes him barely Anglican in ecclesiology in the first place. In that he may be, he seeks to have another Anglicanish body of pure understanding of Conservative Evangelicalism grab the reins of power differently from the institutional rules.

Historically, they are similar to the Puritans who could never settle in the Anglican Church, rejecting its ecclesiology, who came to prominence during its suspension and destruction, who as Presbyterians would have imposed order on every one else (Cromwell was an Independent, and more tolerant) and eventually were cut out of the body at the restoration in 1662. Clearly today's Conservative Evangelicalism cannot handle the ecclesiology that decides by national Synod and bishops to have women and men as bishops, and instead of seeking its own future beyond carries on within the main body. And clearly it has its own HQ of GAFCON world bishops, and back room boys, so that it carries on within the main body whilst already relating to something else and their own decision making.

So this is not just stretching too far: it is building in institutional contradition. It doesn't keep things together, it rots it from within and makes it more likely the broad institution becomes incompatible with its various parts and falls apart. But that's also what they want, because when that happens they become the part that can pick up the pieces, and they put it back together again in their own image.

Posted by Pluralist (Adrian Worsfold) at 18:59

Well said Adrian! Did the CoE really have to appoint a Conservative Evangelical Bishop in order to get female bishops?
This has all the hallmarks of self-immolation.
In the old days, children who had a tantrum and threw their toys out of the pram were chastised by wise parents. Here we see that throwing the toys out of the pram brings high reward. What has happened to wise parents (aka archbishops)? The Arch of Cant is playing a very dagerous game whilst worshipping at the altar of anti-schism.