I have been writing a talk for Sea of Faith Yorkshire, which was to be called A Sociology of Scattered Progressive Religious Groups but I have since taken the word scattered out, because it also involves some that are part of larger bodies. 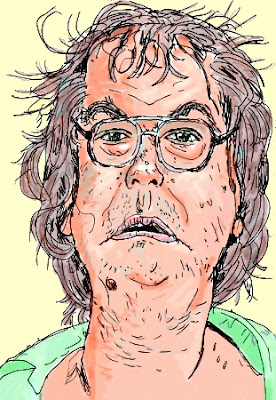 It has involved some research and some new thinking, and now it is a stage of pausing and later editing. I am making it available now, because if anyone does see it early, it might actually help absorb some difficult concepts and assist in framing discussion questions. I am sure that some matters have been missed, and some have been skated over rapidly. It is already quite long. Here are the links to the actual talk - it is on my website at Learning - Religion - Academic - Sociology of Progressive Religious Groups, and is provided in an .html version for viewing and a .pdf version for printing.

I intend to provide a summary to help people follow and absorb the talk: this is the summary:

A few liberal individuals rather than groups tend to move about. Splits have doctrinal causes.

The word radical is confusing and useless - the qualifier liberal is needed.

Which groups: Sea of Faith largely postmodern that reads, discusses and confers, the Progressive Christian Network (which constitutionally prevents groups joining) that reads, discusses and has an understanding of worship, Modern Churchpeople's Union, that reads, discusses, writes, confers, worships and strategises, the Unitarians and The Quakers, each a full denomination, the inclusive restricted liberalism of the Metropolitan Community Church, the Liberal Catholic Church International, associating with the Liberal Rite (of Unitarian Free Catholics inspiration) and others through the Independent Liberal Catholic Fellowship, and then individual website based creations, plus some groups that have become defunct, and then a need to consider some other faiths. Denominations contain individual liberal churches and have liberal biases, as have some Anglican provinces.

Liberalism can be defined: individualist, also constructed, rights-based, and is divided into liberal about something or liberal constitutionally. Groups can span these in tension (eg Unitarians, Quakers, LCCI). Liberal about facilitates a more in-depth theology than the breadth of constitutional liberalism.

Human relations authority has conserving features, but bipolarity is dangerous. The strongest institution is triangular, of a different 2 against 1, as was the Church of England (which isn't human relations) but it has recently moved to be bipolar and could divide. The UUA is a two by two bipolarity.

Troeltsch included liberalism in his Church Sect scheme by adding "Mysticism". The Church when out of step with the surrounding culture is compromised, today it is the same as a denomination. The cult is a transient, consumerist category. Mysticism involves purely voluntary gathering and reflects the Enlightenment (modernist).

Conversionists recruit by cultural similarity but belief difference (to and from the common culture). After a time a person may mature in belief, read or train, and becoming liberal may move to a church of belief similarity and cultural difference (to and from the common culture). A belief similar but culturally different church can be called an esoteric sect - a sect within a Church, if a Church means anything.

Even Mysticism groups form expectations within, say around the bipolar structures. These form subcultures affecting an overall shape that cannot interlock with other subcultures.

However, individuals can move about, and have multiple memberships.

Yet so much is shared between these groups. Some share diverse and liberal worship forms, some share modernist and postmodernist debates, they can draw on similar past theological traditions (Martineau, Lloyd Thomas). Of course denominations have merged when weak and when arguments are old, but liberal groups tend to be weak even if new.

Soon there may be spillage of liberals as Anglican tensions continue.

Getting together reduces the restrictiveness of traditions but increases plurality, if people can get on together.

Posted by Pluralist (Adrian Worsfold) at 02:56

Please forgive me for commenting based on the summary only.

You have surveyed the Christian and post-Christian traditions only; there are liberal strands in Judaism, Sufistic Islam, Buddhism and (hegemonically, I suspect) in eco-spirituality.

I suppose I'd better go back and read the full article before I comment further!

Well, I've read the full article now, and need to recant my earlier post - although clearly your knowledge base is centred on Christianity, fair enough.

I think you've tried to cover a heck of a lot of ground at high speed, and I would have preferred a more structured, if less rounded, approach. There are two ideas - the source of authority, considered sociologically; and the relationship of common culture & common belief - which could each sustain a piece of this length or longer.

I'm afraid I couldn't follow your argument about bipolarity and tripolarity - you may well be right, but I think it needs more work.

The other weakness in the piece I felt derived from the fact that you begin by looking at groups rather than individuals. If individual spirituality evolves in response to changing social conditions (which seems fairly uncontentious) then we would expect all denominations, sects etc (liberal or not) to be in tension due to organisational "lag".

A taxonomy of individual spiritual needs/expectations is in there struggling to get out, and if it could you would then be able, hopefully, to assess the extent to which different spiritual groups meet different kinds of need. Criteria for such a taxonomy might include

- need for certainty;
- pyschological meaning of views (or lack of them) about life after death;
- attitude to rationality and magic;
- cultural attachment.

The "research hypothesis" here would be that groups' ability to pick up and respond to changes in individuals' spiritual needs would be a predictor of their organisational health.

As ever, Adrian, I admire your energy. It's all clearly a labour of love with you - and that itself makes it godly!

I am grateful for your comments. You are right, it is at high speed. It is for a talk to try and cover a lot of ground: and indeed it could cover the ground in more depth with subjects broken down. There are also cut-off points where a mention is given and those groups are not covered.

I have limited myself to Christianity and post-Christianity I suppose, and then given the others a mention briefly and not comprehensively.

The argument about triad and dyad is from George Simmel, the sociologist, but I had a quick think and decided that the UUA is a two way bipolar structure, and two by two, not quite the once simpler triangle of the Church of England and not quite the same 2 against 1 vote on issues each time.

I am sure that I missed some groups out: most labour of love fascinating was seeing the strands that connect the Liberal Rite and its association with the Liberal Catholic Church International with one phase in Unitarianism both as an inspiration and indeed as personnel - one chap going off into the Unitarian ministry (I wonder who it was). It just shows that every permutation is possible. You can draw diagrams of connections.

It's one of my besetting sins, too - trying to cover too much ground too quickly - and I've got the address I'm giving to Lewisham Unitarians on Sunday to prove it!

And the connection between the sermon and a subject area and a talk/ lecture and a subject area is that about 10% goes in if you are lucky. Therefore to tackle this the narrative stream of a sermon or talk must be stronger than the content - a simple message well told. The difficulty with a talk like this is that the content is more than the narrative stream. It is why a summary is needed, or the ability to read it afterwards.