I've often wondered, if I was to go and live in the United States and I joined a church, would I join an Episcopal Church or a Unitarian Universalist church? Perhaps I might inhabit both on a timeshare basis. I sometimes think I'd go to Kings Chapel Boston for a touch of Arian liturgy, but wonder why one does the museum liturgical approach (I've been pulled up on this analogy before: Kings Chapel is a vibrant place).

I mention this because, having arrived home and deposited some shopping in the 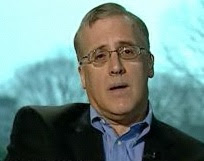 various storage places, I watched C-Span on BBC Parliament (as I do every week - has the hour gone forward in the US as the Washington Journal packed up at 2 pm?) and part of it this Sunday was Paul Starobin's 'The Rise of the Godless' in the National Journal which is about a bigger impact via more organised lobbying of those who express no religious allegiance - except that these included those of a Unitarian allegiance! A congressman Pete Stark from California has apparently "come out" as a Unitarian in that State not believing in a supreme deity.

The President's inaugural address made reference to "Christians and Muslims, Jews and Hindus - and non-believers" - the latter reflective in part of his own parents' moves towards 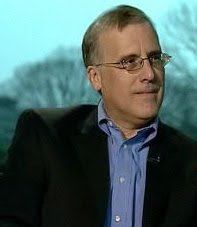 I know as much as this: that west coast Unitarianism has always been more radical than the rest, just as east coast Unitarianism has been more conservative. However, although Unitarian Universalism has been a depository for non or low belief in a country of churchgoers, it also is a place of a variety of faith stances from rational humanism to rational liberal Christianity through to a less rational Paganism and those who East. 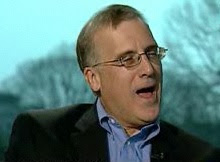 some vibrancy in its churches and to have inner variety. There is also a good stress on religious education, and Unitarian Univeralists provide RE of an ethos that you would find in United Kingdom schools (though without the UU element). In the UK the fact is that Unitarianism is torn between an openness and definition, struggling as it does in a situation of non-churchgoing, half the time trying to appear like an ordinary church despite a relatively liberal message and the other half trying to be different. It falls between stools and, well, falls. I just used to despair at the lack of get up and get noticed, and the lack of any experimentation, at trying to be different and distinctive and using some theological engagement.

I say this taking a Unitarian service on Easter Day, but that's all I'm doing. I'm not co-ordinating anything or trying to advertise. I know that my service - as it slowly forms (the sermon first draft was done a while back) - has drawn interest elsewhere. I need to get hold of Hymns for Living and other materials to plan the rest of the service: I bet some Anglicans would find Hymns for Living useful. I think it is a good resource: so many Anglican hymns have words that are like crunching glass.

Anyway, next up in the local Anglican setting is my presentation on Rudolf Bultmann.

I rewrote it yesterday, cutting out some repetition and adding new material on myths. I am showing that he is not the radical theologian some make him out to be. In fact I think he failed at his own demythologising project. He wanted to believe that there was a kerygma of the gospel in the texts, and he historicised the texts given a view that he could not recover the historical Jesus. So you get the totality of the myths in the texts that the Early Church incorporated: the Jewish apocalyptic, the Primal Man and the Dying and Rising myths. One of the group given the paper in advance this morning said he had not come across these myths before, so I said only in every Anglican service he has attended - a lifetime of devotion! Basically Bultmann just carried on preaching using the old language and terms, because he couldn't demythologise them, or if he did he soon remythologised them back again. Phooey about the three decker universe and those demons Jesus kept removing from people: the real guts of the worldview of these ancients are these apocalyptic, primal man and death to life myths and if they can translate to contemporary forms.

Well my answer is probably not, but then my answer is they fail anyway. They become uncommunicable. But suppose they do, radically, translate into something like: we ought to give attention to the present as if it is our last day, we fall short of what a pure human might be, we have to give things up in order to have what is new and refreshing. Is that not what the nineteenth century liberal theologians did, the ones against which Bultmann and the rest reacted against? These old liberals asked what is the kernel of the story (rather than the preserved kerygma) and wanted to find the simplicity within Christianity. Rauschenbusch turned the Kingdom of God into economic plenty and social harmony. At least it had practical effect, if (in this case) hopelessly optimistic.

Unitarians used to do that, but now they have given up the task, largely because a kind of ethical religion was the answer and to that it has moved, except some want to stop the development for appearances sake. Simplicity goes along with maintaining some sense that there is an objective truth in religion to be found, somewhere, even if so much of it is given over to subjective preferences: subjectivity is the road to objective minimalism.

In the end I think we have to hold on to reasonable reasoning, but to become religiously creative, to remythologise but to feed the soul with a bit of playfulness, some art and music. Be postmodern! More and more I get the feeling that we are raking over something that has rather died an objective death. These myths that Bultmann retreated back into are rather collapsed, and they really don't tell us anything.

I listened to a sermon today and it started off with the glories of early marriage and then the commitment of actually having a child, and then it did turned on of those obvious hinges into what the readings were about - absorbed in that religious world with Peter to get behind him Satan. And for a while I muttered out almost too loudly, "What are you talking about?" It seemed to make no meaning at all. However, it then rescued itself by moving from Mark 'carry your cross' to Luke, 'carrying your cross daily', the daily thus being as with the Keble hymn about the trivial round and common task. Thus it became about one's own service, commitment (presumably as with the child saying feed me) and daily life. That's it then: it is a reflection on daily life.

(I need to add here that this is a very partial reading of a sermon, which missed much, and displays more about me and my present state of being a cuckoo in a nest than anything of the sermon giver. Actually, I've been rather unkind here and it needs an apology adding.)

A Unitarian sermon would have just gone for a reflection on daily life, using a reading that had, well, reflected on daily life. Mine won't be so straightforward, but then I'm coming from outside, and on Easter Day, to discuss what many Unitarians probably never think about (crucifixion and resurrection). But then does that simplicity and directness feed the soul in any sense, does it demand some more that is possibly delivered via another worldview in these gospels? I don't know, but still I think we are raking over the ashes although there may just be the odd lump of coal still glowing. I just more and more think that the ancient world view is a bizarre way of thinking when we have our own.
Posted by Pluralist (Adrian Worsfold) at 19:06

So for you it's neither wraping paper, kerygma or kernel. Well we had a very good discussion.