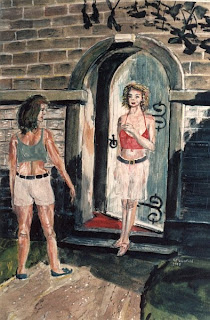 The National Unitarian Fellowship has the function of reaching out to people who are too far from a nearest Unitarian chapel or who don't wish to attend the nearest chapel or chapels. A video has been put out of worship on 20th February at Great Hucklow in Derbyshire where Unitarians meet at their own Nightingale Centre. NUF people may want to view this.

It was edited quickly, and the worship was put together by individual contributions 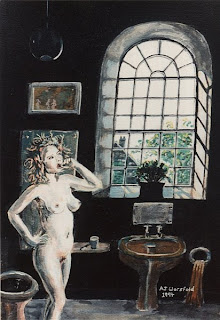 rather than as a more coherent service as would be put together by an individual. There was also no rehearsal. Apparently it is one done of two to edit. I can't say I recognise many in the short video, and whilst I might mumble about content (because it doesn't have coherence) I think they might have combined some inside sound with outside filming - the location is lost for those who don't know the setting.

Anyway, if you are puzzled by the strange art work from the 1990s, take a close look at the features and the photo (from the 1980s!) at the bottom of the Great Hucklow chapel. Yes, I've been on an extended photos search and discovered some peculiar archives! 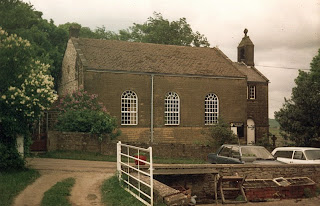 Posted by Pluralist (Adrian Worsfold) at 03:14