Should the Anglican Covenant go through the Church of England General Synod on its way to the dioceses, there will be pressure if the dioceses approve for it to be passed at the Synod making the final decision. That is the game plan to get this document through.

Given the responses in various blogs over the years, the liberal end of Anglicanism in Europe and the United States seemed prepared to give this process a run for its money. I was always against it (though I've moved on) and the Modern Church Union (as now called) was against it, but now the liberal strand is more of less unified into opposition. Part of this is because there is no longer any attachment to the person whose project it has been throughout, the Archbishop of Canterbury, although those alongside him in the Synod may still feel his presence and not want to be seen to be voting against. Mainly though, and one would hope so, the document itself is realised as one designed to undermine the plurality of Anglicanism and create a less responsive Church.

The Conservative entryist end was against it because that gathering created its own Jerusalem Declaration and Primates' Council for an international confessing Anglicanism, made to parallel and even replace existing structures - this is what entryism means. Now it is clearer that the Covenant is rejected unless it becomes a doctrinally explicit document under the Primates Meeting. In other words, the entryism has to be into the Covenant itself for the Covenant to be worthwhile. But this won't happen, as it is the final draft - although the Covenant once passed can be altered (which, on its own, is another warning to liberals).

It is all a bit of a mess now, and as has been pointed out, the language is vague and contradictory. For example, the Standing Committee can only say in effect, at some exhausted end point, that a proposed action is not incompatible with the Covenant: it cannot say that an action is compatible with the Covenant. This might be consistent with the way the present Archbishop of Canterbury speaks, by double negatives and understatements, but it is part of the indirectness by which apparent conversation and representations will slow actions to a minimum. Nothing will receive any sort of approval, only delay and more delay. It still centralises and internationalises such delays to important innovative decisions, and could therefore be said in effect to affect the law and rule making of the Churches.

Don't pass what you don't want: but the cynical betting is still that it will be passed. It will likely be passed in the Church of England and in a number of provinces. And what does that mean?

At one time the Church of England had two noisy spikes and one amorphous middle towards actual liberalism. There was the high spike of Catholic types whether papal or loyal to the end, and the other of evangelicalism. Both were doctrinal. The evangelical constituency had a traditional element, but it mainly refreshed its appearances, because unlike traditionalisms and Catholicism it uses contemporary culture to project people over its high dogmatic wall. In that Catholicism and Protestantism often clashed over what they did, a managerial broad Church kept the institution together. Its liberal wing learnt to keep its head down, popping up every few decades to reveal what was kept private within the universities and tied up in an incomprehensible theological language. 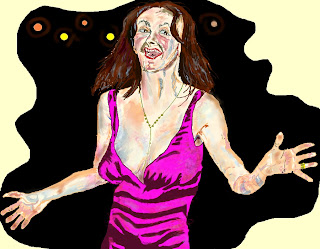 The occasional media controversies were no news to the educated and trained.

Over the last thirty years it is arguable that ideological liberalism has kept its head down more. The controversies were less doctrinally threatening, but all the more noisy. Legitimate space for dissent seems threatened. A cut off point was found that had a consensus: that of Sea of Faith, of postmodern non-theism seemed out (although some non-theism, non-objective approaches get away with it because they are conserving of doctrine as identity-making - Hans Frei and Lindbeck, inheritors of Karl Barth, and the bizarre bubble-Platonism of the Radical Orthodox). 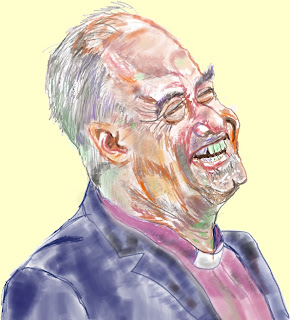 Since these developments, however, the cat has been out of the bag for a long time and liberalism became more of a target because it was more noticed. The grounds have also shifted, less about ideas and more about people and who they are and what they do. These issues are less easy to hide, and the Internet exposes everything anyway.

That once broadly liberal, negotiating, managerial function has broken down. It has broken down as traditional Catholicism has become ever more weakened and is now on its deathbed. Also, in the situation of secularisation, it has failed to hold enough people in while the evangelicals have done the (also largely unsuccessful) recruiting. It leaves a mainly renewing evangelicalism, and one that increasingly looks abroad for ideological and cultural support, and a liberalism - an unstable dyad replacing a once more stable triad (as in Simmel's institutional sociology).

It leaves the more moderate, so called open evangelical position in the centre. It isn't the old broad Church, but where the evangelicals met the broad Church, where some loyal to the institution evangelical theology happened. It is quite small because it is that mixture of committed evangelical position and some preparedness to do theology. It has been socially radical in terms of poverty, but ignorant in terms of progressive views of identity (because of ideas of sin). Given a relative absence of sin in being female, they have tended to support the ordination of women, whereas the conservatives as "our people" 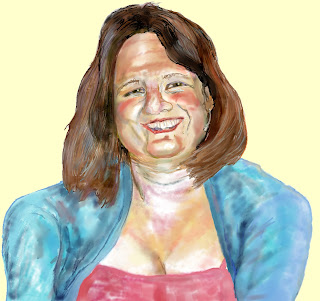 are starting to cohere against it - at least within Anglicanism. The conservative entryists don't accept the open evangelical position as a new negotiator - sometimes damning it as liberal evangelicalism that has to be attacked first because it provides cover for actual liberalism.

But the people who support the Covenant is precisely that middling position. So getting the Covenant through is really important for them, and to confirm their position as the new managerial grouping. They see themselves as the future. The arguments of such as this group, though, seem to rest on stressing the complication of the Covenant text, as if it binds institutions together in always a positive direction. They write in huge volume and repetitively, as if this is good enough to make the argument. In contrast, their opponents get straight to the point.

The open evangelicals are vulnerable, however, because they could well be forced to decide whether to get into bed with the more conservative position or with the more liberal position. Also, they have tied themselves to the policy of this Archbishop of Canterbury, and he is not going to last forever. Failure of the Covenant to pass must force his resignation, but once passed he may well decide it is up to someone else to steer the ship (and participants may want a new way to choose a chief bishop). If it is passed and becomes the football some predict, then he will probably go too because the international refereeing will become one conflict after another, played out at the international level, probably before a break up.

A Covenant will cause more tension, not less, and it is better not to have that additional focus for tension. Disperse it, as Anglicanism is balkanising anyway across the world. But on home turf, in the Church of England, the open evangelicals want to make their point about their own sophistication of the new centre, and that means passing the thing through all its stages. But that mere act won't stop the international and national Anglican wars, and indeed if the Covenant does become as its detractors think, the victory of that group will be short lived.
Posted by Pluralist (Adrian Worsfold) at 05:27

Howw about we stop trying to preserve the empire and move on to lifting up the gospel of Christ?

In my opinion Open Evangelicalism is damaging to people. Whilst outwardly seeming inclusive of many traditions, in reality it is impossible for this to happen without real hurt and damage to vulnerable people.
Sometimes 'holding' the line and drawing boundairies keeps the nutters out. And with good reason. Inclusivity gives the extreme a valid voice and that it unwise and naive in the extreme.