Some liberal Anglican bloggers and comment makers are stating that the Covenant vote is not a defeat: some would even have voted to send it to the dioceses.

I'm afraid I just don't agree, and do not having been someone who has persisted with opposition when others have said it will go through and have wondered how to oppose. Much as his blog gives me the creeps, never mind the strongest subjective feelings of opposition, I have to agree with Peter Ould 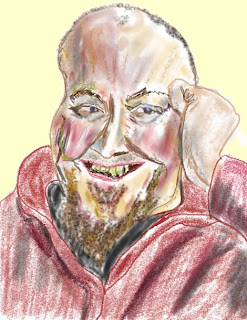 and his assessment of the General Synod vote. This vote that was a thumping defeat for people opposed to the Covenant. It shows further what this General Synod will be like: mainly subservient to authority; and even if the opposition vote grows, they will pass it (all things being equal - and perhaps other events will intervene). The dioceses will discuss it and yes, do get them to vote no where possible. But a majority voting 'yes' will be enough, as a majority will be in Synod, simply because the bureaucrats have to have this thing because they have invested so much in it - even if it is useless.

Rowan Williams thinks that the gay and lesbian issues can come in via theology into the General Synod, to be re-examined. That must mean re-examining Lambeth 1998 1:10, but it was typical of his this way that way talk to get what he wants through. He puts bureaucracy before people, and that is contemptible. He ought to be treated disloyally. But this is not what these people are doing, and it is not what they are likely to do. The opposition should grow, from those who 'passed it on' to those persuaded otherwise, and to those who see that events make the Covenant more ridiculous. But that Synod vote was a mountain to climb.

My view is that each and every liberal person ought to examine themselves regarding their own ethical and theological outlook. The liberally inclined must ask of themselves what exactly is their theology? Are they so part of the Anglican fold that, really, they have no option but to stay and just fight a rearguard action? Is there not a better, so-called 'mainstream', denomination for them? Would not a dedicated liberal denomination (socially or theologically or both) suit them better? Yes, other Churches are considerably smaller, and some have had a tough time without the revivals that they once used to receive. Some have not got the same theological resources - but then why not? Perhaps so much theology is making black look white. Maybe this issue is one for a revival of these smaller Churches, however, or one of those issues that will accumulate.

I would like to suggest that there is not a national Church any more. The Church of England is too detached from the national consensus that has developed on these matters and few people pay it attention. It has no right to be a national Church. I do not want it to represent me in any sense. I doubt, though, that this national status is the main reason for resistance to change. The reason for resistance is that people fellowship with others locally and do so on a broader set of reasons than theology. But just how grumpy do you have to be, just how nationally out of step but locally friendly before you start looking elsewhere because what you state and sing about isn't what you actually believe? Yes, had I stayed south of the Humber I would have continued to attend the C of E where were my friends, but I was keeping active silence on greater chunks of the liturgical material and was quite open with my disagreements and I did also attend the Unitarians. It could hardly have gone on forever. Now I have moved I have made the break, and the Covenant vote just confirms that break.
Posted by Pluralist (Adrian Worsfold) at 16:07

Are you trying to cheer me up?

Hadn't noticed that my blog had been quoted by Peter Ould... find that slightly spooky!

I find his blog spooky full stop. No, I'm neither trying to cheer you up nor depress you. I'm simply asking some English Anglicans that oppose the drift of the Church of England and who really don't fit to think about doing the decent thing.

In the USA, we have the United Church of Christ, a union of Congregational, Disciples, and other descendants of New England bodies. The UCC has an admirable approach to social issues, and their website offers many resources. Their ministers don't seem to be much above or beyond the laity. With the clergy-heavy TEC waiting for "Father" or "the Bishop" before much is done, the UCC's congregational structure is appealing. I've wondered about initiating a UCC-Anglican Rite. But it wouldn't get the buildings. And dressing up is losing its appeal. Church gatherings begin to look like costume shows. "Kingdom, power, and glory" in vestments.

My husband still goes off to the neighborhood parish, with its aging Anglo and unassimilated Latino congregations. We have ideas about how the place could be revitalized (reach out to the neighborhood; acknowledge the area's large and organized gay community), but we founder on the question: Why? What other than a bit of fellowship does it have to offer? Cosmic and national pretensions are pretty much gone.

I regret your pessimism about gay inclusion in the Church, Adrian, but fear you're right. All those same-sex couples getting together, and the GLBT singles contributing in all levels of society ought to make some sort of impression on the Church authorities. But we're absent from the tradition, and God never changes. So the church recedes with the flat earth and Male/Female differences established since Creation. As you say, individuals can move on.

By the way, cited this blog post of yours in my Sunday/Monday blogs round-up - 28/29 November 2010. I'm not just saying this in the vague hope of eventually scoring a protrait of me out of you myself, I'm sure I must have virtuous reasons somewhere or other.

Adrian,
I keep re-evaluating my response to the vote, thanks for your contribution.
I agree with most of it, I am truly beginning to believe that the CoE is beyond redemption for the time being.
But we don't all live in cities, we don't all have the alternative of just choosing another church.

And for me, at least, church is more than Sunday Services, it's at least as much about Community. It means hearing over coffee after the Service how people who, who needs support, what everyone else is doing to help... I couldn't possibly just leave all that aside because the official hierarchy would rather I wasn't there.

These issues are always more easily solved in theory than in practice.

I've said that, if I was still over the other side of the River Humber, I'd also keep attending but at the cost of remaining silent through much of the service content.