The Narrowing Church of England

From the stance of the Church of England only, one has to admit that the Anglican Communion Covenant is passed. Resistance will be futile. Basically it will go to the dioceses, where the pressure, bishop by bishop, will be on to pass it and send it to General Synod again. Supporters will say, as they did this time, at least pass it on to the General Synod where it can be decided upon. When it gets to the General Synod afterwards, they will be told by supporters that the dioceses supported it. The majority is clearly there, in the General Synod, even if some supporters this time voted in favour only in order to pass it on.

It has been a clever stage by stage strategy and at the final point the dioceses will exert the same kind of moral pressure for General Synod to pass it as an Act of Synod that the Covenant will itself exert in terms of stopping innovating changes.

However, we know that GAFCON has called the Covenant inappropriate and regards it as completely flawed. At the same time, one reason why the General Synod passed it on was because its punitive elements were the 'relational consequences' that proponents were still able to describe as institutionally inclusive in intention. If there is any attempt to go back to earlier drafts, or to do what GAFCON wants (attach the Jerusalem Declaration

and put Primates in charge) then it will not go through. The proposed Covenant isn't going to be changed again.

The result is that the Covenant may be dead in the water, or perversely may exclude the GAFCON provinces from the inner ring of the Communion whilst possibly not even excluding the North American provinces. It used to be that Stephen Noll and others were advising a rapid signing of the Covenant precisely to fix early on who was in and who was out.

Another and more concerning development might be that the Covenant is introduced and then gets changed by the signatories (as it can be) that then stiffens it up to be the punitive measure that some want to see and other supporters never wanted. It then becomes itself an object of dispute, just as opponents have warned.

The GAFCON decision means that, Covenant or not, there are provinces and supporters now committed to entryism. This means they will set up confessing fellowships of "our people" who will aim to infiltrate and take over parishes and theological colleges, and set up alternative structures of internationally operating bishops with oversight. Everyone will be following the money: either paying, receiving or observing. The minority of Conservative Evangelicals will use such international ballast of a different Anglicanism to subvert and advance their cause. It will be an interesting test of money and numbers and institutions. They've already captured one more theological college in England.

As for me, it confirms my move back to Unitarianism. There are larger, more basic doctrinal and belief reasons for finally giving up on Anglicanism: I am beyond the Anglican boundary anyway. But I am a Martineau and Newman type Unitarian, that's to say of a broad and ecumenical and a somewhat anti-institutional type. This outlook makes me oppose covenants (beyond informal ones) and indeed creeds. 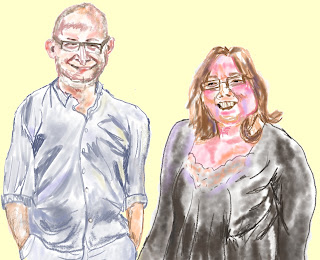 The institutional winners are Open Evangelicalism, and one must be thankful that their form of evangelicalism allows for women bishops. Yet this is a group that punches well above its numbers, and where the longer term future is a division by showdown between Conservative entryists and marginalised liberals feeling the pressure.

The Anglican losers in this are principally gay and lesbian members, who now must accept that the Covenant will deny them being equal people in the Church of England. I noted the Archbishop of Canterbury's twist in the wind towards more theology on the gay and lesbian issue that would impact upon Synod (thus Lamberth 1998 1:10 cannot be 'settled') but the effect of the Covenant will come first and this will be its main imposition.

Institutionally, the losers are Modern Church Union and Inclusive Church. The latter is more socially inclined and again is part of the lost cause of gay and lesbian equality. I should say that those Modern Church Union people who want a broad and inclusive theological faith are now in the wrong Church. They ought to cut the rope on to which they still grip, rather than try to lose themselves in the nurse of liturgy in which they don't actually believe. Not all MCU members are like this, but some are and hope for something broader that isn't going to happen. Some in Sea of Faith used to be on the edge, but almost all of them are now well outside the boundary and how some carry on (particularly clergy) beats me. It will be interesting to see just how much MCU President John Saxbee in retirement in Wales takes his "too much religion and not enough faith" in an open ended direction, and whether he will be like Richard Holloway (the former Bishop of Edinburgh). Nevertheless, the MCU is now right up against the fence and some of its people are beyond, even in the moat.

'Orthodox' gay and lesbian members might try the Metropolitan Community Church or, even if liberal but basically trinitarian, something like the Open Episcopal Church. Liberals might try the Quakers or Unitarians or, just about, the United Reformed Church with a liberal tendency and a Free to Believe pressure group. Perhaps the Church of England has decided to be more sectarian and use more clergy-led gimmicky with such as Fresh Expressions, but it certainly has not decided to be theologically broad. Indeed from the later 1970s on it has gone in precisely the opposite direction. The Covenant will now be its constraint, the fridge into which all theology will go for preservation.
Posted by Pluralist (Adrian Worsfold) at 16:34

Pluralist, I believe your predictions in your first paragraph are correct. However, I hope we are both wrong, and I will continue to speak out against the covenant, for what it's worth.