Will Make No Difference

The Rev. Dr Tudor F. L. Griffiths gave a rapid history of Anglicanism worldwide within his sermon on Sunday 9th January. As outlined at Thinking Anglicans he concludes that the Anglican Covenant "will go down in history as a valiant failure".

He doesn't really say why, other than it cannot overcome the evolved diversity of the 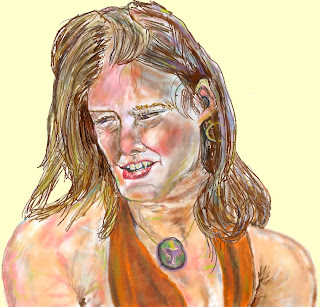 Communion and the apparent insensitivity of The Episcopal Church. He seems to hold the view of failure whether it is passed and enacted upon or not - that is, if it is passed it won't work. Obviously if it doesn't pass if fails anyway.

The question is whether the dioceses will nobble it first: one would hope Lincoln would, and Oxford could, where the in-house campaign against it is centred. But only a majority need to pass it, and the powers that be will force this thing through even if only a bare majority did pass it.

It is why not passing it is so useful. Not to pass the Anglican Covenant means that Anglicanism must be diverse and must be dispersed. It will allow for progressive action, even if conservatives carry on bleating.

If it is passed it gives the bureaucrats a chance to organise the schism by layers, to blame, to slow and to frustrate, and to build Church empires in the sky. Also failure might cause the current Archbishop of Canterbury to resign and that might release him from his shackles and the demand on him for the right kinds of appearances in what he says and does.

The fact that I've gone from the local effects of the Covenant (and there will be: a greater sense of restriction and overall control) doesn't mean I can't still wish the best for the institution.

As ever, if you don't want it don't vote for it. To pass it and for it then not to work will be a more drawn out disaster than if it just fails on the runway.
Posted by Pluralist (Adrian Worsfold) at 18:50