The British, Riots and the Future

One thing that the British have done down the ages is riot. Keep going back in time, and the same behaviour repeats. For all the criminality, opportunism, taking advantage, and the focus on the individual, there are social facts behind behaviour as well.

There have been distinctive political riots, where targets have been particular - usually political and the heights of the economy. A minority breaks away from an otherwise peaceful rally and yet again causes damage. There is usually no benefit from this: peaceful rallies of sufficient number are far more effective. The marching against going into war in Iraq did not stop the government, but the Labour Party and its leadership realised the cost of its ignoring public opinion.

Other riots have just been more material, and despite the well paid anarchist and opportunist, are fuelled by an actual sense of being cut off from the material culture. 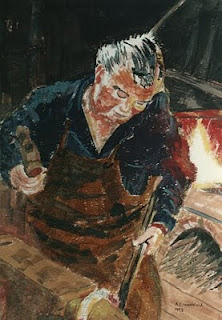 In the 1980s there was a shift from having a working class that was culturally rich and demanding its rights to a dissolving of industry, of routes to improvement and either a middle class or an underclass. People on generations of meagre benefits somehow try to keep up with changing technology and material offerings, but when a spark lights some of these take advantage and target shops of technology and fashion.

London is a place of extremes, but its poor are trapped in vast estates away from high streets. Many ordinary streets have been gentrified. Benefit levels are standard across the whole country, and yet London is considerably more expensive as a place to live. Recent talk has been to attack benefits (in which, shamefully, Liberal Democrat politicians have participated) and move people out of some areas due to a cap on benefit levels.

Part of the material culture was police standing back, watching the smashing of property on the basis that insurance would pay, and then arresting the people later. Only afterwards with public assent and consent was there a shift to more aggressive actions. This is despite the ever continuing uneven stop and searching in large urban areas.

Gangs are not just parent-substitutes but also alternative economies for the dispossessed. They involve parts of cities in spirals of self-destruction. If people are more socially connected, more communal, gangs start to disappear.

People go on about the decline of the family, but families are variable and have always been under stress. What underpins a family is the ability to plan ahead, with some economic security. Men run from children especially if there is no prospect of supporting them. The notion that because you can't hit a child they end up ferrel is another myth: we set examples of non-violence to encourage non-violence. The days of regular fights between men in the slums is gone. Gangland is stylised violence; violence tends to erupt. Middle class families where no child has ever been struck still produce balanced children, and they grow up to not hit their own. It is an ethic worth having.

Well, I am actually part of the underclass. I am one of a small but actual group which is well educated but under experienced and gets in a trap. No matter how many interviews I attend, someone with more specific or more recent experience get the job, and employing people don't like people stashed with degrees doing jobs below them relating to the more limited experience. We who are like this get caught in years of unemployment and time ticks away as we also enter the older years in our 50s. Now I don't riot, in fact I'd not hurt a fly if I can help it, and there are reasons of education, culture and joining groups that make me accountable. It doesn't stop the anger or worry.

So, being unemployed, I travel through the various schemes the government employs. One under Blair-Brown involved a compulsory 13 weeks of doing work on only £10 a week extra with limited opportunities to extend. I did 17 weeks, later to learn that my productive scheme (that I had to take to them because they couldn't find anything to suit me) should never have been approved. Under Gordon Brown, the next scheme had 4 weeks toil only, and my suggestions were all rejected and in the end I was 'excused' because A4e could find me nothing. Now we have a new government, and they have introduced 'The Work Programme' and it lasts two years. Right, so how much work experience is involved in this programme? Nil. Nothing is in prospect for anyone. Only if you fail to attend fortnightly interviews - either seeing an individual or looking for jobs, would compulsory activity be mentioned (and, first of all, loss of two years of benefits). So the Orwellian Blairspeak we were used to under Labour is being perfected under this government. 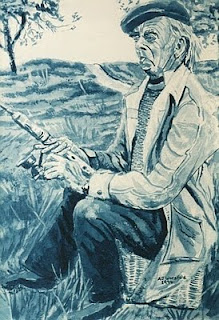 The Work Programme consists of no work at all. People face the prospect of going from school to benefits to their State pensions, with tiny amounts of paid work in their productive years.

I think the only way to tackle major social problems is to create varieties of tasks (take accound of health issues and education levels) and have, in effect, the government as employer of last resort with supporting child care (after a year of looking for work). Ex-MP James Purnell has understood this as similar in effect to the NHS. It costs a lot, but it allows other benefits to be reduced, removed and reassigned. But what it would do is give a leg up, produce ways to put effort in, and tire people out. Tired people are less likely to go out rioting.

I know this creates problems: charities doing some of the government's tasks and, inevitably, large firms using free labour to avoid employing some they should, in a ring-around of personnel. But there are problems in every approach, even that of the old days when nationalised industries over-employed numbers of people and made losses.

People look to the United States and its flexible market economy as a better alternative. There are simply too many losers, extensive poverty, people without a stake in society, gangs as alternative economies and a prison population so huge it reduces the unemployment statistics. The best societies are the Scandinavian for inclusion.

People refer in current talk to communities. I smile because a lot of this is about absence of communities, or the gang that becomes the alternative community in the vacuum. Of course there is a role for pre-school groups, youth clubs, faith groups, community arts, leisure and adult education bodies - many of which are, however, being closed down because of the government taking on the debts that the banks should have faced.

Under Purnell's Protection State, those in work would fear unemployment less. They might well have a tough time for a year, but there would be a way back. The State would demand, but you would be part of State and Society.

Also, given the flat nature of money curves (we are back in a Keynesian equilibrium) working, investing and consumer spending at the lower end would boost economic activity. At this stage all the money printing can go ahead to get things moving (and then care is needed).

British society needs fresh thinking. There is a lot of talk about individuals and punishment, and a throughput of people to expand rapidly the prison population. It won't change a thing. The Liberal Democrats as wooden legs for the Tories have been an utter disappointment (they should be developing social liberalism) What causes change is a social contract. Social contracts are both small - with local groups, and large - with the State. If we don't restore social contracts then there are going to be opportunistic riots over and over again.

When Margaret Thatcher started ripping down agents of social contracts and introduced more of a pure market economy, she knew what to do with the police. She funded them more. So there is one road, and the Cameron-Clegg government displays its utter publicity-based ignorance. The cuts are like more marketisation, and the whole thing as needed is upside down. The economy is there to serve the people, not people the economy. So where is the fresh thinking, other than from one ex-Labour MP?

Posted by Pluralist (Adrian Worsfold) at 01:24

Excellent, Adrian! The main political parties have shown they work for the monied interests. while pretending to care for the voters. As Murdoch says, the voters are a product the politicians deliver to their masters. Yes, Margaret Thatcher understood the need to fund the police, especially when privatizing everything. The UK and the United States both lack leaders in an economic crisis.

David Cameron was already compromised with the Rupert Murdoch scandal and Scotland Yard had nobody really in charge because of the resignations of its two top people.