If you want to be a minister or lay pastor within British Unitarianism there is an application form to complete. 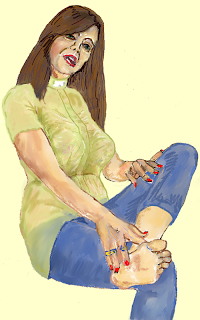 Then comes details of places of worship including roles, and these can be of different denominations. Next is a set of questions about current associations: your Unitarian congregation, your contribution, involvements at District or National level, societies to which you belong and then others outside Unitarianism (that would be, say, Sea of Faith or Modern Church). There are questions about prior study, in particular reading material about Unitarianism and then reading about the contemporary religious debate and finally reading in general.

Then you are asked about your relationship status, which involve reasons for any breakdown.


Questions follow about household income, because that determines the extent of support needed during training. These questions are quite detailed.

You are then called to declare your freedom to move around once in ministry and any reasons for restriction of movement.

The form misspells offence when it looks at criminal convictions. That irritates me!

Then you need referees who have known you for five years or more, who are willing to testify to your personal character and your general fitness to become a Minister/ Lay Pastor in a Unitarian Congregation (also an error - it says 'Congregational'). 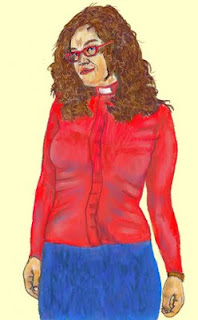 Two of the four must be Unitarians, and one of these should be a British Minister. None can be a relative.

Then comes information if you were partly or wholly trained for another denomination, and that needs a referee.

A Unitarian congregation has to be willing to approve the application and, declaring it, you need to state how long you have been in it.

Then you can offer any other personal information or clarifications. This comes before a 1000 word maximum statement on your own basic religious/ spiritual understanding. It should include a view of the role of a Minister/Lay Pastor today and why you fit.

Finally you sign the form and pass over the right to take legal action against decisions for or against acceptance by the Ministry Commission for which there may be no explanation given.

So there is provision for people transferring across, but you do have to want to be a Unitarian Minister and join in and identify with the tradition.

I suppose I would have a peculiarity in considering this in that, although I am fully involved, particularly with the music role, I am not actually a member, and so I don't vote and have no formal office titles. I can change this with a nod of the head, but I actually value the space that it gives. There is also a difficulty regarding ministers (and I'm not unique in this) in that I would have to ask someone who only knows something about me over the years. Also I have visited district events and the holiday centre, but I've not been that involved nor recently attended a General Assembly (I went to the publicity workshops at Hucklow instead).

I can write plenty on my reading and knowledge, historically and of the present, and indeed about my religious position including a justification of ministry. I also would have to write about my marriage just drifting into a distance friendship at present.

Given my experience, filling in such a form (which I have not done; listening and thinking comes first) compares well with filling in many a job application, but a lot of my work and other voluntary activity is years ago. It remains an open question whether someone of my 'shape' is someone who fits the available holes.

Today a relatively new congregation member said he was surprised about the level of dogma behind some debate in public, and he had joined due to the national publicity being very different. Aha - he's learning! I said I was naive too, discovering around Manchester chapels that didn't want me preaching because I was not Christian enough. I said many of these cliques are probably gone now, but many not. He was also surprised about the reaction to Liberal Catholicism in some places - quite hostile - and he would have assumed more flexibility. Indeed, I would like to see more flexibility, including in the application form. All ministry, including training, is about risk, but you don't insure against risk by making it more denominationalist. There must be a place for the semi-detached individual who is well associated with Unitarians and Unitarian principles (including those about being semi-detached). Being semi-detached is also, in an important sense, an important aspect of being a minister.
Posted by Pluralist (Adrian Worsfold) at 05:28