Perhaps I ought to explain what this blog is about, in general. It is not about debunking anything, in particular, but is about surveying the theological left: the liberal-Christian and religious humanist and religious pluralist scenes and producing some theology about this neck of the woods. Thus it has looked at Free and Liberal Catholicism too.

It is that point where theology really is consistent with general narratives we live by today - not just intellectually but practically in terms of everyday thought. How do people think about when it rains, or how things get done, and who's in charge and why. So, from time to time it looks at economics and politics.

When it comes to history, science and social science, I'm a critical realist. These disciplines produce answers you don't want as well as answers you do. Paradigms are limited and changable, and come under difficulties of language, but they explain, and the discoveries they explain are discoveries. We might lack many discoveries, and some paradigms weaken.

For example, the Kula ring of the Trobriand Islands is an exchange system that involves material effort and loss but also spiritual gain, and part of that gain is identifying with the other person. This is a lot of boat travel to do it, but it is religious ritual like other religious ritual. People do religious ritual for reflection, contemplation, oversight and binding. I do this. Religion, seen this way, may involve all manner of traditions and gods and the like, but religions contain combinations of the practical and the impossible to evidence supernatural. Even superstitions start with practical reasoning. The supernatural is often refined magic, magic just a built up superstition.

There are theologies remaining Christian that deal with the secular. 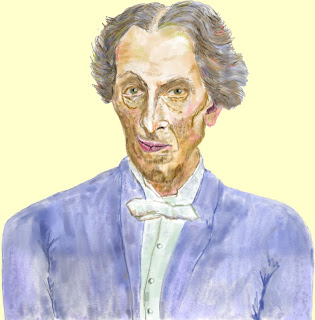 Bonhoeffer had a go, with the busy secular Christian and an invisible God. There are theologies that ask questions, though Tillich had systematic answers. There are (non-realist?) postmodern theologies - some originating in Barth and Hans Frei with a conserving Evangelical flavour, some in Radical Orthodoxy with an Anglican Catholic flavour (living in a Church-first bubble that nonsensically calls Sociology secular theology) and some liberal in flavour (despite being anti liberal in some tone) with Mark C. Taylor, Don Cupitt and Lloyd Geering. They all recognise the different nature of ordinary reality by which people live. In effect I'm doing a postmodern theology that starts with the subjective individualism of James Martineau. It is a Unitarian approach on the anti-denominationalist side and takes seriously some liturgical conservation with an individualism, and taking these you end up with no objectivity and no subjectivity but a postmodern use of language towards doing ritual, even simple ritual.

This is my position. It is not a broad Church Christianity or some sort of moderate trade-off liberalism about Christianity. It is about what makes religion religion, and according to how we think and live today.

Posted by Pluralist (Adrian Worsfold) at 20:36

Adrian, I am suspicious of the stabilizing term "ritual." It is not clear that each tradition labeled a religion shares a common property. All the different practices need share is that in a particular language they have been called religions. Wittgenstein said this of the term "game" in The Philosophical Investigations. "Ritual" tends to systematize that which is prone to failure and breakdown. Anthropologists used to write of "the mourning ritual," for example, as if there were some prescribed way for people in a particular culture to behave and as if the part could represent the whole. But doubts have been cast on these assumptions. I am thinking of the work by Rento Rosaldo, who has questioned the scientific claims of traditional anthropology.


For a ritual to be a ritual there has to be the possibility of failure, in the same way that Jacques Derrida said that for there to be a postal system there has to be the possibility that a letter will get lost. Derrida was attacking some conservative elements in Jacques Lacan's psychoanalytic reading of Poe's The Purloined Letter. Lacan said a letter always returns.

The Trobriand Islanders, as written up by anthroplogists such as Malinowski come across as very conservative and in control at all times. They get something out of their kula shell exchange, while the possibiilty of loss is downplayed. Derrida says this in his reading of Marcel Mausss's The Gift in his book Given Time.

Kula shell exchange is reduced to a system of exchange, bypassing the threatening possibility that something might fall apart and call the system into question. Derrida calls this the gift, playing on the German Gift, meaning poison. It is as if Mauss knows things are more complicated but he says in a footnote that "we" must simplify.

My sound bite, then, is that words such as "ritual" and "religion" risk oversimplifying a complex mess.

Interesting indeed. I suggest the failure is a failure of not working. Take the Eucharist. It just becomes a formality, a bit of theatre and does nothing. In a sense this happened to me. It became little more than a signal of being on the inside, and I needed a signal of not accepting all that it represented. And so I stopped. But then rituals also have power, via negative impact (I forget the word for it now) though also, more my experience, nothing in of itself - neither repels nor includes.

Serious question, not criticism:
MUST a ritual fail per se, or does it fail for individual people?

What happens, when the Eucharist fails for you but not for others?

It fails for individuals, so it keeps for some and loses for others. Ah - that's the word. It is also taboo for some, indeed it's taboo is what gives it power for others inside it.

There is a condition where it starts to fail with so many that it relates to its inability to connect with contemporary forms of thinking.

In that people do leave churches and stop, it must be that the ritual has no pull on them, or insufficient to hold them in.