As indicated in the previous entry, there was some discussion about the In depth Group discussion back on Tuesday 11 March, and so I have prepared a paper today that might be used to form the basis of the meeting in April. 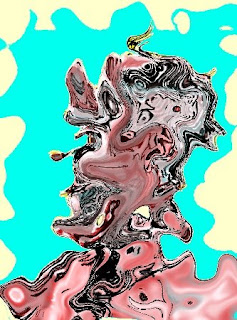 It can be found here directly. Alternatively go to Learning - Religion - Anglican (and scroll down past St. Mary's) - In-Depth Group Paper (April 2008).

It discusses what is rejected and what is affirmed from a broad liberal perspective that I put forward. It relates to the previous discussion and uses the substance of Craig Uffman's arguments about Anglican affairs (which he makes in contrast with Conservative Evangelicals) to reject his and other approaches and make its general point about method.

The fourth part is published here. It includes:

The recurring claim of the advocates of structural separation seems to be that Paul's insistence on discipline at table in Corinth (1 Cor 5) provides biblical warrant for their plan to split with Canterbury and form a new denomination. In Part III (Paul, Corinth, and the Practice of Holy Discipline), we saw that there is no such warrant in the text.

I certainly did not think that he argued this at all; on the grounds he provided, and they provide, he showed that those in GAFCON are correct. See my paper, first link above. Take the four points summarised about part 3 in part 4, including this:

The discipline envisioned is prescribed for individuals only. 1 Cor 5 does not support in any sense the notion of a minority of persons declaring a community no longer a church' or 'a heretic church'. Indeed, in spite of all of its faults, Paul does not condemn the church at Corinth, but rather calls the community to be at peace with one another, in spite of their differences.

However (yet far be it for me to defend them), what GAFCON and indeed now Andrew Goddard is saying using Pannenberg, is that the schism has already happened - and so by border crossing some Churches of the Communion pick up individuals who wish to be faithful. As I don't accept that argument (and narrow biblical interpretation) then for me the schism has not happened and so GAFCON is causing schism. This is not Craig Uffman's view - he does have the narrow biblical interpretation. The other argument is whether Anglicanism is one and does have such a centre, or whether Anglicanism consists of, in essence from a Catholic stance, autocephalous Churches - what Fulcrum from its Protstant view calls "federal". There is no centre, and an ineffective or failed Covenant will underline this. After all, Corinth is one Church just as the Church of England is one Church - not some Near Eastern Pauline Union or the Anglican communion.
Posted by Pluralist (Adrian Worsfold) at 04:47