Here we are at Holy Week, and it can be a time for reflection.

Personally there are a number of issues to reflect upon, and one is relationships with my family where, after some crisis, there is a kind of ongoing 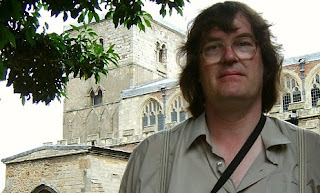 (and yet, perhaps, temporary as in flux) stability. I rent the house that belongs to my mother, a legally set-out arrangement, that has settled down now into something that will go on as needed. A house, though, changes, and there are concerns about condition and its maintenance, or whether it is just to be sold off. One responsibility for me agreed from the beginning has been to sort out a garage extension that needs planning permission and work to resume. I never knew it could be such an awkward business - submitting plans rejected over and over again due to specific requirements (despite an early misleading statement that such plans are flexible regarding a small project like a domestic garage not attached to a house). No wonder firms command fees to draw simple shapes as well as more complex ones. This garage business is and has been real and symbolic of human relationships: having one set of appalling neighbours who caused the work being commissioned on it some time ago (they have gone - they were able to block access unless it was pushed back), and a falling out with those with whom we were in agreement because of all the tension involved in the process. Relations with those neighbours have fallen now into a kind of best left alone condition - sad but so long as people behave then it is the best that seems to be. It is not reconciliation, and I look for reconciliation across the whole of this area still.

Reconciliation is a core belief of mine. It is not always possible, but it should be sought. Ways through disputes must be peaceful if at all possible: stand back and get out of the way when necessary. Nevertheless, proceed forward with the intention of justice.

There is a second garden behind this garage. At present its back fence is collapsed (to be restored with the garage). The garden has gone wild. Inaccessible boundary trees are shooting upwards. The garage extension half-started and half-started again in being pushed back and enlarged stands frozen. It is a mess. It is indeed highly symbolic. Yet a day could arrive when again I tend the garden. A small tree I planted continues to grow and one day it may be cared for. People tell me that the day should arrive when I am no longer here but living elsewhere and doing something new and productive. Others here will then have the resources to move in and put things right. Here at present I have not, living here alone, and the payment was made to put all this right.

The relevance of the above complexity of disputes combined was that it has been a huge personal disturbance that has affected much else, not least my involvement in the church I attend, where the value of pastoral support is offset by the skewing of the clarity of any thoughts regarding taking any of my own ministry further.

I have an additional little Easter in one sense that I am about to refuse to pay a charge for walking out of a car park (see the earlier entry). As one thinks of, 'Ah well pay their demand for money', you realise there is an absolute principle involved here of transparency and consent in contracts, and that this is not right, and so a court must be involved if UKPC Ltd. wishes to pursue this with me. You just have to be ready for all the correspondence and the rest, and to organise and arrange everything, and understand the worst case scenario - and be prepared for it (I am - for a judge in court to tell me a schedule of payments even if this involves extra legal costs). This is a principle at stake and it must be pursued; I will not pay this charge, and there can be no other path. It is my little Easter and it may go on some time. It won't threaten me physically, nor is it criminal law, but it might undermine credit ratings (I owe no one anything and never have, but I may need to borrow in the future), and as bailiffs threaten to attack my credit ratings I must take that on too.

As regards the religious life: I take it very seriously. I am not in it for half measures. Yet, over recent years it has felt like an experience of half measures. I want to put myself forward. Last Easter I took a service in the church. The reason is that it was an ecumenical slot, and it took place at St. Mary's. Offered to me, I provided a paintings based Stations of the Cross service. Its theology was explorative, and radical in some implications, but faithful. This year the ecumenical services are elsewhere, and not being on any rotas I have done little in the way of presentation. Some weeks back, when I gave some involvement of a painting and an intercession, it was again suggested that I go on the rota. I have decided not to do so, and indeed have started to see myself on a downward curve of involvement.

There is no criticism here on the local church: the issue is my relationship with Anglicanism. Anyone who reads my comments on this blog or on Thinking Anglicans or even Fulcrum will realise that I am somewhat semi-detached from all the dogma and doctrine. I commented on a piece written by Craig Uffman very recently. It seemed to me he had not so far made his argument at all. He was going through the minutiae of biblical detail to argue against those who would exclude The Episcopal Church and the Anglican Church of Canada from "table fellowship". Yet he had made the others' case, not his; not unless he can regard gay relationships as faithful. Of course he is locked into this minutiae of biblical detail and I think this is all a red herring. He should be looking at the wood, not the trees.

This is the state of Anglicanism. Instead of it being broad and about grace, about tolerance and reconciliation, it seems to be about details and disputes of exclusion. The fundies seem to be running the asylum, at least at one level. I end up joining in the debate, because it identifies a commitment and because I can see basic issues of justice being undermined. But I do it from the edge, rather than the centre, given how this centre is being increasingly being defined.

At the moment my main local function seems to be as some sort of back-room boy consulted about radical theology by a presenter in the In Depth Group. He wants to push the group this way and that, though, funnily enough, I don't. I just want to present the arguments openly and to cut away at the leaps some people make that aren't there, or at least to have them justified. After the service this morning he was again disappointed, but I asked someone who often seems to be agreeing with me when I speak (and says agreeable things for me). I said it was a good discussion, and she said, also to her visiting daughter, "It was. The radical theology group - you'd like that. She's an agnostic." I said, "So am I." Ah, the radical theology group. Perhaps the presenter should not be so disappointed. I said earlier to him that we should work with people where they are, and rather rejected his idea that the next discussion could be from a paper of Cupitt versus Hebblethwaite. No, it will get caught up on details in the text: they don't know that Hebblethwaite is Cupitt's long time Roman Catholic sparring partner. I said Cupitt dedicated a book to him (in sarcastic style). No: I said I'll offer him a paper on doctrine and doubt.

One reason why there is a lack of local participation and development by me - I do attend the Bishops' Course (it's a sort of adult education approach) - is because of the wider issues of dogma, belief and the rest. I will be very loyal and would not upset necessary formal relationships, but I have itchy feet. Very recently I ignored these itchy feet and focused on where I am, and grew frustrated with the whole scene. 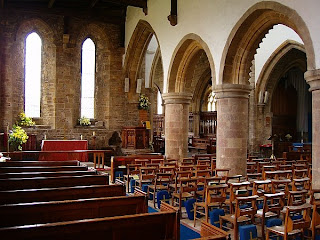 In the service, I reflected, as I do, even while some behind me chat away even in supposedly solemn moments. The preaching priest was on an exchange. Both he and ours had started their own ministries in churches that had now "failed" - ours was at its closure service along with a bishop. In those days the Church of England still valued new churches on estates. He did not say this but I thought of the Minster model (discussed here in an earlier entry). Rural churches are also contracting and closing. It was an honest sermon - and you say "Thanks be to God" in bad times and good. It is interesting that the church in Grimsby has closed on Palm Sunday, so that the Easter Sunday will be lost to it, and will only be elsewhere. It rather gives support to my Buddhist view about transience too - another of my core beliefs.

It was there in the service that the idea flashed in me that Holy Week would be a reflection on my relationship with Anglicanism. I'm not going to go to every service. I shall decide this relationship, if I decide anything, on its own merits. I don't know how I would arrange a situation where I finally gave up on wider Anglicanism whilst still having no difficulty with the local church and knowing some of the people there. It does not quite make sense and might not be sustainable: would I communicate in the Eucharist? Recently I contacted and mentioned contacting Mirfield (a monastery) for a week there (some time in the future), in order to reflect. It has gone completely ignored by all - unanswered email and everything. So I will do this at home, this week, and in the church's services I do attend.

At the In Depth Group a participant said he does not know what he believes and yet he wants to believe, like he once did. I asked why he wants to believe. I implied that I do not want to believe more than I do. This is something I need to reflect upon myself and how it relates. So here goes.