I've discovered this recent interview with Don Cupitt. It is about his life and work. The recording took place on 16th February 2009 by Alan Macfarlane and was edited by Sarah Harrison. 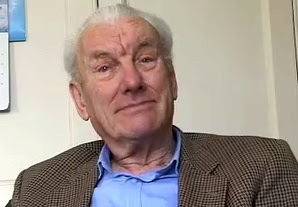 Bang on the button, it is, regarding the present day. I have taken the same decision recently as him.

...John Robinson never recovered from 'Honest to God', he never got another job except as Dean of Trinity and that was a respectable niche where he could bat out time; 'Honest to God' gave a whole generation of young people the possibility of become Christians again; it was a great work of Anglican theology by a chap who was as Anglican as you can get; Michael Ramsey's refusal to back him and his kowtowing to evangelicals by condemning it meant that the 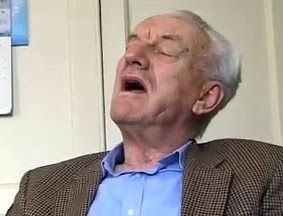 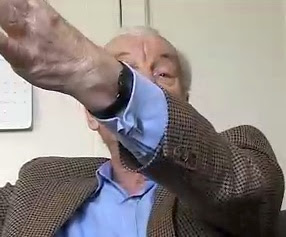 the Western church will have to go the same way as the Russian church in the end, and hopes of reform and renewal for the Episcopal churches of the West have had it; the whole idea that any community has a hot line to truth is out of date now; that is why I have now, very reluctantly and sadly just recently discontinued communion; it was very painful and I hated it, after sixty years, but I felt I had to do so; John Robinson, to some extent, tried to work his way back into respectability, but I won't do that; I think it is time to admit that once you move over to a critical view of scripture and 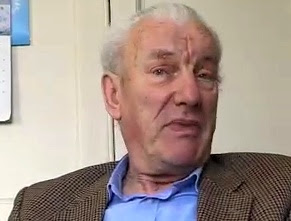 Christianity you can no longer belong to one of the traditional scriptural religions which have a fixed framework of thought; in my most recent theology I align myself a bit more with people like the Quakers and say I am a post-ecclesiastical sort of Christian; I greatly love Christian culture, ethics and spirituality, I admire Jesus for his extraordinary ethical radicalism, and I would like to imagine a new secular future for Christianity, but I don't think we can any longer hope to maintain the continuity of the Church, the apostolic succession, the tradition of truth within a community.

Posted by Pluralist (Adrian Worsfold) at 22:41

Pluralist,
I found your blog on a general blog search. I watched the five-minute video of Don Cupitt. He appears to be relegating God to a concept, not a person.
Let me ask you a question: If he had encountered God in a very real way in the Anglican Church (and some people do in Anglican churches), do you think his opinions would be what they are today?
I find that most people don't believe in God (as He describes Himself in the Bible) due to a lack of experience with God, which is not generally the individual's fault. Many times, this happens because the church they are attending is dead as a stone and full of people who have no real connection with God. Again, not their fault.
If you want, you can check out my blog - http://chrisryser.wordpress.com (feel free to remove the link before posting - I'm not on a promotional tour). I realize I have some different ideas about God than you do, but if you check out some of the links for the church, you will see some video clips of people experiencing God. It may be different than you are used to, but I encourage you to listen to what the people in the clips have to say with an open mind.
Thanks for letting me comment on your blog.

No problem posting this at all. I've seen what you mention many times, and so has he. Our point (and I will say 'our') would be it lacks any intellectual credibility: emotion tells nothing nor personal conviction. Nevertheless we would accept there is a personal and psychological element, and neither Cupitt nor me had parents taking us for ideological training in a church when we were kids, which kept our brains free of that for when we stumbled across and dealt with religious ideas. Those who have had such an upbringing tend to come with its baggage or background once all the emotion and conversion has drained off.

I don't get it.
Have you been taking communion to celebrate your belonging to the church all these years?
Communion is about all of us together focusing on God, it has nothing to do at all with the doctrines of the church, the power balances, the hierarchies and the theologies it might or might not accept.

If Communion is meaningful to you because it puts you in touch with God or with some deep truths about yourself, it's valid whatever any Anglican organisation may think of it.

If Communion doesn't put you in touch with God or with some deep truths about yourself, then it would be totally meaningless even if the church were a beacon of liberal critical thinking and human rights.

To talk about Communion with reference to the church is to miss the point completely.

I find myself respecting Don Cupitt more and more as I get older: thanks for this report.

Cupitt wrote The Old Creed and the New, and I reviewed that. He preferred direct talk to roundabout talk, and I said he had no postmodern Christian argument left. I favoured then roundabout talk. I now agree with him. We have, it seems, come to the same decision about practice.

Pluralist,
As you seek for an "intellectual" credibility, you are missing an entire portion of existence. The world of the spirit is just as real as the physical world - even though you can't see it most of the time. It can be felt and experienced. The spiritual world can affect the physical world and does in more ways than we realize. I can understand how you would see the videos I shared as merely an emotional experience. Sure, there is emotion in there, but there is something else that is obvious to those with eyes to see it.
In my earlier life, I was quite the "brain" person myself - thinking all the time. But when I really experienced God for real nine years ago, I discovered that all of my head knowledge was keeping me from living the fullness of life that comes from God. God is very real and very active. And He is much bigger and greater than we are. His presence is demonstrated in the physical realm through His healing power and His restoring touch.
I realize you probably don't agree with me on this and think I am wearing religious rose-colored glasses. From my point of view, however, the Kingdom of God is so obvious and real that for me to believe anything else would be foolish.

SO what? Few were convinced by Cupitt when he was an Anglican....even fewer care what he thinks now.....

Zero CofE churches have thrived in the last 50 years by teaching Cupitt's ideas...during the same period, look how many Brits (young and old) have joined Alpha churches. This must really irritate "liberals" - they are so clever and erduite but their ideas are still failing to convince many, even in the CofE and even in sceptical old secular England.

Give it a rest, Nersen. He is a towering figure of thought, and it is pathetic to see a marginal number of young people focus on relatively few churches so they can display their youthful irrationality along with some others who never move on.

I looked at some records of a church in the 1970s, and it showed photographs of 'some of the young people' going on a bus trip, and I counted fifty. The Sunday School movement and all of that is dead - dead before thirty years. Cupitt is right that, basically, the Western episcopal Churches are finished, finished as any pointer towards understanding anything and largely ignored.

Anonymous: but what you seem completely unaware of is that people move from your "Aplha" style churches to Cupittish positions as they mature, very many people do. Few of the people you see in those "Alpha" churches will be there lifelong, and if they are, then they are probably suffering from a lack of faith development. The relentless Evangelical triumphalist meta-narrative is hollow at the core, because energetic Evangelicalism just doesn't supply a deep spirituality for long enough to satisfy many people throughout their life journey.

My two cents as a 'yoofie' is pretty much the same as Fr Mark's. The Church in the West is dead and to be honest, I suspect it would have gone a lot more swiftly and painlessly if there had been a greater criticism along the lines of what the Church is actually for in this day and age (I'd like to think it could have survived as a purely traditional institution a la the Shinto-esque Buddhism of modern day Japan. That it tried to keep it's spiritual relevance the way it has done is slightly embarrassing).

Any talk of a youth 'revival' taking the form of the modern evangelical style churches is a delusion. They are a minority, with no real way of communicating their faith or giving it a contemporary relevance to their secularised fellows.

Frankly, I don't think anyone really understands what the Church looks like from the outside and it's annoying that the ones who do are often shut down and out of the conversation.

Nersen Pillay, I am not letting you repeat yourself on this blog so give up. You don't add your name but by writing style and repetitive content and even examples you are identified. You can say it once and that's it.

I enjoyed six or seven of Don's books as well as a couple of good critical studies of his work. He is so highly quotable, and witty. How many theologians would you read aloud to your girlfriend in bed? Cupitt, and then who? But all these years later I am still puzzled as to what exactly you all mean by radical, progressive Christianity. Crumbs, I'm even afraid to ask as bluntly as that. But there it is; I've said it. Kierkegaard and Adolf von Harnack. Yes, I can see they are radical. But I have to ask (taking a great big gulp) did Don Cupitt really put in the hard reading that Karl Barth did in his 'Protestant Theology in the Nineteenth Century'? And isn't there something just too easy about a theologian you can quote in, well, sound-bites? Also, there is a suspicion (at least with me) that Don Cupitt disdains the historic viewpoint. Was he ever moved and humbled to read of the great evangelical revival in Wales in 1906-7, and later on the Isle of Harris? People's lives were changed and they weren't simple lives. Was he ever moved as the crowds of common English people were moved by the preaching of Daniel Rowland, Richard Baxter, Richard Sibbes, John Elias, John Wesley and George Whitfield? Has Don ever engaged with the impressive reformed theologians of my own country, Donald MacLeod and AF Finlayson? Perhaps a clue came years ago in The Spectator (no, not my favourite magazine, not my politics) from the poet PJ Kavanagh who'd just watched The Sea of Faith. My memory is that Mr Kavanagh thought Don Cupitt didn't really understand the sense of the supernatural some of us have. By his own admission Don was never attracted to neo-orthodoxy. I wanted him to write a big book on Barth but he never did, alas. As for me I am currently reading Iain H Murray's new one volume biography of Dr Martyn Lloyd-Jones. If Christianity isn't about saving souls from ruin and preparing them for heaven, how can it ever be radical? I'm asking, I really am. (JOHN HAGGERTY, GLASGOW.)