Authority to the Standing Committee!

So the relevant sections of the Anglican Communion Covenant are 4.2 (what happens) and 3.2 (about what).

4.2.3 says it is the duty of each covenanting Church to seek to live out the commitments of Section 3.2.

A huge amount of authoritative power is given to the Standing Committee.

Then it is up to each Church or each Instrument to determine whether or not to accept such recommendations.

But it needs advice from the Anglican Consultative Council and the Primates’ Meeting for the Standing Committee to make a declaration that an action or decision is or would be “incompatible with the Covenant”.

Participation in this process is by those who are representatives of those in or adopting the Covenant.

Withdrawal from the Covenant does not necessarily mean from the Instruments of Communion or a repudiation of its Anglicanism but may raise a question about the meaning of the Covenant, compatibility and trigger 4.2.

One would have thought 4.2 was triggered, unless a Church was going first!

The normal behaviour that prevents a referral to the Standing Committee is conformity.

Each Church should have regard for the common good of the Communion in the exercise of a Church's autonomy, to support the work of the Instruments of Communion, undertake reflection and endeavour to accommodate their recommendations.

Churches should seek a shared mind with other Churches consistent with the Scriptures, standards and canon laws, with wide consultation with the other Churches, Instruments and Commissions.

Because some at first controversial issues may mean instead a deeper understanding while others are distractions or even obstacles, these need shared discernment (first). Thus Churches should act with diligence, care and caution regarding anything provoking controversy that could threaten the unity 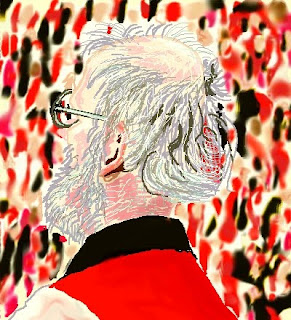 of the Communion and the effectiveness or credibility of its mission. They should uphold the highest degree of communion possible.

In the processes they use mediated conversations, which involve face to face meetings, agreed parameters and a willingness to see such processes through.

It represents centralisation and conformity and conservation with conservatism. Anything a Church does can be referred up by any other element of Anglicanism. A Church should already have consulted others widely (so a reference up may already be a black mark, or a disagreement). The Standing Committee itself doesn't take the final decision for 'relational consequences', but it does all the reasoning and so carries that form of authority.

Does the dispersed nature of Anglicanism and its autonomy, its cultural connections and sensitivity, really wish to take on something that would be impossible - wide and unending talk before anything was done in a geographical area? This process may be Rowan Williams looking down a deep well and seeing his own face, but it is not Anglicanism in its decentralised nature. It is an innovation, to produce a centralised Catholicised Rowan Williams Anglicanism long after he has gone.
Posted by Pluralist (Adrian Worsfold) at 00:09