Yesterday I sent an order in for the new Unitarian Hymn Book, Sing Your Faith. Some Anglican joked that it "must be a slim volume then". When I looked at it I was quite impressed, and I was one of those impressed by Hymns for Living of 1985. I think many an Anglican might find both books preferable for having some sensible hymns in, the sort that make sense to the way we think now. 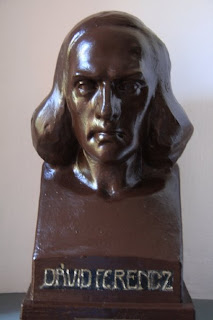 It is my one treat to myself at this time, assisted by necessary ruthless self money management over a long period. One said tonight at a very tasty Indian meal in Hessle that my face is not as fat, and I joked myself that I can't eat as much as I used to when once I could put on an eating display. Simply I could only make ends meet by buying less food, and I have skipped or shortened a few meals. Shoving less food into my face has been important too. The Indian food this evening led to immediate gassy problems!

The question is now I have moved again, so to speak, in terms of primary identification with the Unitarians, what sort of belief do I have.

The first thing to say is that I have the main outlooks we share in the West. This means the dominant physics and biology narratives, very big and very small. Physics has its own form of relativity; biology adapts in place and time locally. Nevertheless, small specific changes always have systemic inputs and outputs, so that the success of a mutation in a particular setting then has systematic impacts on other creatures - something like comparative advantage interplays. The systematic interaction of other creatures is an environmental check of its own: we used to think environments could produce self-same outcomes and so the eye, for example, had developed many times, but now

the genetic record suggests that the eye evolved once and exists at several stages up the tree of life. I mentioned this evening the strangeness of science: a man has an atomic clock attached to him, and then is put into a fearful situation. He does not just perceive time slowing down, it actually does slow down. There is a kind of objectivity to relativity, and it suggests that the quantum world might have a particle or some such reality for even subjectivity.

This is a world of fascination. Now in terms of traditional categories, the sheer keenness of life to push through (like weeds through concrete) suggests a drive. Now it may be otherwise impossible in a universe that coheres and at least lasts a while, but there is intelligence that emerges. A news clip today showed an octopus that can collect coconut shells for housing and for fighting. It clearly indicates planning, tool-use and intelligence. Should a catastrophe kill off the human race, and much of life, there could still be replacement intelligent life. So I allow for the possibility of a drive to realising something, but we ought to be careful. Seeing a lay out of a pack of cards and thinking what are the chances of that happen should only bring the answer the same chance that produced them - we are where we are, and shouldn't see intention where there is perhaps a relatively benign outcome.

There clearly is space for reducing suffering and increasing pleasure, not pleasure that ends in paying for it later, but a cooler and sustainable pleasure. We are human and tribal, and we ought to take advantage of the collective side of our involvement in one another, with as little of boundary drawing as possible. We should realise that evolutionary success is the ability not just to adapt but adapting our adaptation. This includes an attitude of care for minorities, because you never know then that minority is the means for the collectivity to continue (sudden environmental shifts favouring a once maintained minority while the majority perish).

In the end religious figures in the past are ethical people and those who enhance relating to one another and to spiritual insight. Books are means to such ends, and that's all. There are no imposed boundaries. I am increasingly uninterested in doctrinal

As individuals we have to live with ourselves and with others. We can of course exploit, damage, harm and seek pleasure at others' expense. Society has a right to stop these people harming others. It should do such minimally: this is the best form of society. Stop them, offer a programme that changes such behaviour, and seek some form of reciprocal justice for the afflicted. But it is so much more harmonious, productive, better feeling, simply to attempt to relate to the other positively. Fun is important too. It's not to say you end up doing it, because life is complex and multi-demanding. Usually situations force upsetting people: go to work for a wage and follow routes of exploiting (because you are told to do so) and you annoy. But you can try to do the other thing, even without the reciprocal element: take a lead, and make things better.

All religion should do is provide texts and rituals than enhance such a positive outlook and give understanding why the best does not always come about. Some rituals, of passing tokens, of exchange and gift, do enhance solidarity in communities. Ethical messages must exist in the words. It may involve getting inside a story world, or sitting light.

I don't mind God-talk but I want my religious talk to reflect the world I live in. Too often it is lost in an olde-worlde of meanings and beliefs long since gone away for so many. I understand where religious traditions have come from, and sometimes they are good vehicles for ethical suggestion, but if we simply absorb into them and their alternative reality then we do our own world outlook a disservice. We have to equip this world. Thus I return to a place where that happens, whilst still singing olde-worlde tunes and words on an evening, a sort of transcendence-talk aspiration that means in detail next to nothing. There is also a place for quiet, repetitive words, and again don't get too close to any detail. But these can also be done in a more broad based ideas community and this is to where I have moved.
Posted by Pluralist (Adrian Worsfold) at 01:53