In Another Twenty Years

So what about in ten and twenty years time? It is interesting to speculate, as has Colin Coward at Changing Attitude, about the next twenty years.

My Ph.D thesis submitted and passed in 1989 is 21 years plus old. It set out a present-future new denominationalism within the old of conversionism, traditionalisms, orthodox liberals and heterodox liberals as a renewal of the Church-denomination-sect typologies in the Sociology of Religion. Conversionism was set out as charismatic in authority 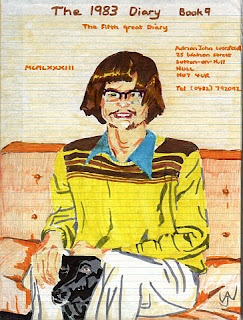 (what approved people said is in the Bible), which attacks secularisation, traditionalisms were traditional in authority, of at least one per denomination, defending from secularisation, orthodox liberals, many intellectual, negotiated with secularisation on theological details, were managerial, and had bureaucratic authority, and the heterodox liberals, dispersed in the Church bureaucracy and of intellectual expertise, were of systemic authority - human relations authority being beyond the mainstream. My research methods were qualitative, of participant observation, with in depth semi-structure interviews of three ministers of the same religion who could hardly disagree more on issue after issue, and a lot of theological reading.

To some extent my Ph.D thesis is still being played out. The new denominations within the old are straining to get out, in the West, while efforts are being made to hold together demoninations worldwide, where that has practical impact.

To some extent my Ph.D is not predicting well. It has not seen the collapse of the Catholic traditionalisms in the Church of England, the Roman variant going and the Anglican High Catholic thus crippled. It never really investigated these histories enough, nor the variant that is liberal Catholicism. Liberals weren't just very Catholic nor very Protestant, just middling or off to remove large parts of assumed Christian doctrine. Mainly it was about relationship with secularisation. The thesis did not see that there was 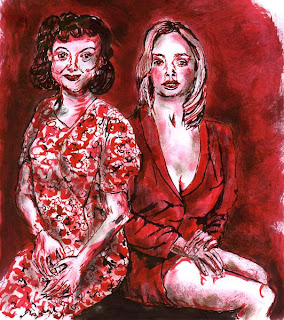 a conserving postmodernism, as in the Radical Orthodox on the Catholic-Platonist side or the ecumenical perfomance based postliberals on the Protestant side. I just cannot think these are very important when they rely so much on intellectual sophistication. Nor did the dissertation see that the collapse of the traditionalists would have moved an identifiable (but again small) open evangelicalism to the new shifted centre to be managerial.

It did though see the difference between a triad as stable and a dyad (polar opposites facing each other) as unstable, but took a view that ecumenism weakened traditionalisms and made dyads more possible. Ecumenism has happened but only at low levels - the initiative from the Methodist Church and its possible absorption into the Church of England may well weaken traditionalisms and cause an intensified dyad.

However, watch this space. The entryists of GAFCON and the Fellowship of Confessing Anglicans are making it clear that they seek fellowship with the like-minded in other denominations. This strengthens them, and strengthens the attempts within their denominations to have more influence. It is the same reasoning as Anglican Conservatives in the West drawing on the Global South.

What will drive this, I think, will be the big so-called non-denomination media churches developing in some major cities in the UK and Europe. The Conservative Evangelicals - the Conversionists - have confidence in their own congregation building and are not going to play second fiddle, and will not want Anglicanism or any other denominational form to hold them back. Those forms serve their dogma, not the other way around. They won't have the success they think they will have - as, indeed, the media Churches are reaching a capacity as some of their TV channels cannot afford their own expansion.

The rest of the Church world will struggle, but the question is how the ever faster Internet and its fusing with television will impact on the Church world as people join with others of like mind and set up any physical meeting places.

Maybe the Covenant is a side-show to all this, but it will have the effect of freezing the formal Church of England bueaucracy and making the Church of England structure frozen. The inclusive, disobedient parts will be forced into corners, or people simply meeting under their own terms in their own places. We might predict more non-denominational gatherings in all sorts of set-ups.

We have seen what I didn't predict (either) but I have called liberal charismatics - the young orientated, dance culture, ex-charismatic and evengelical centres where discussion can include some New Age and different faiths, particularly Eastern, and a mixture of forms in Christianity. I do not think Fresh Expressions is a part of this: rather, Fresh Expressions 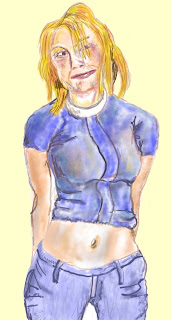 is an attempt to control and initiate something that had arisen under its own steam. Some of these may thus generate as they did previously but had suffered with the Nine O'Clock Service scandal in Sheffield. They did feature inside Anglicanism but could just as well feature outside. We shall see where Fresh Expressions lead, but it isn't clear whether this formalisation is a positive or a negative - it would be better, I suggest, if different approaches were left to arise under their own steam.

I would hope that the Unique Selling Point of liberal Unitarians and Quakers will receive a number of escapees from the mainstream denominations as they become more sclerotic. But the danger is the sclerosis in these liberal denominations in terms of their own forms if not dogmas. I like the new Sing Your Faith hymnbook just published by the Unitarians, but is hymn singing and the standard service the way forward any more? How do Unitarians do more by image and less by words, say?

In Anglicanism I saw falling numbers in an already pathetic percentage of the population take-up. There is a sheer lack of contact now, and a fading public memory of Christian forms (one reason why Unitarianism is increasingly non-Christian in any identifiable way - though it still receives 'refugees' from Christianity). Many denominations are simply going to implode around 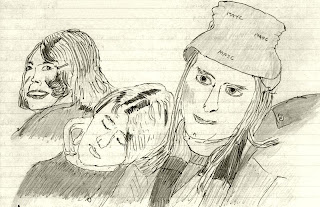 2050 anyway, all things remaining equal. The URC is taking over small denominations in Scotland, but it is fading fast, and the Methodist Church has an active programme of closures that could see it ultimately burn back to city centres. So we would expect more coming together, informally and formally, locally and nationally. The ecumenical drive may still be what releases the 'new denominations' as that drive is coupled with such intense infighting, the coming together and splitting apart being at the same time - old arguments forgotten and new arguments all too hot.

And once one Church breaks up others remaining may find the same realignments irresistible. So my Ph.D might well be right; it just didn't cover all the variations well enough. It is just that the old, formal institutions, won't be inclusive, certainly not a national Anglican shell that is connected to a Covenant-obeying international institution.
Posted by Pluralist (Adrian Worsfold) at 17:20