The Turn of the Year

As each year passes and a new one comes, I usually self-reflect upon just how bad things have become, and surely they can't get any worse. Last year was awful enough, but a few flukes and chances and support at least secured my housing situation.

Before last year began I had engaged a solicitor about all the rest, given that my mother had died and left me reversed of the agreement she had originally set up - on the basis of fairness after my father had died and because I didn't contest his hugely uneven will. You cannot chose your relatives, but then once freed of them their fortune is an irrelevance to me and you just wipe your feet of the situation. During the year the house I then occupied continued to show signs of becoming more decrepid and then one day a joint in a pipe to a sink burst (and not the troublesome tap) and the kitchen ceiling fell in. It increased the need to get out, although, actually, it didn't alter the timetable.

Other than that, everything is flat still, including my lack of work situation. That a dole assisting scheme cannot even find me a suitable placement shows just how difficult my situation remains, and forces me into a constantly severe budget. Yes, I voted Liberal Democrat and I'm exactly the person they are attacking.

My budget has had only marginal impact on my weight, if in the right direction, and I still get spasm warning shots in my lower back on a few occasions. I'm still friendly with Elena, who was very helpful regarding the solicitor, despite her remaining in Reading. Relationships-wise, we are each free to go our own ways should such come about. In the meantime I have lost, gained and lost, and gained female friends - some virtual (if real somewhere) and some actual and physical.

It is good to be living so close to friends and, indeed, one street away from where I was brought up. Instead of having to come over the Humber Bridge, picking up in Hessle and then picking up in Sutton-Ings, and the opposite for setting down, I now do do the transporting in reverse without the bridge part and the south bank. So I still stay sober while it gives my friends a time to let their hair down.

In terms of religion, I finally gave up on the Anglican Church. I was down to local contact only, over a parish boundary, although I did continue to provide its local theology group with discussion material. 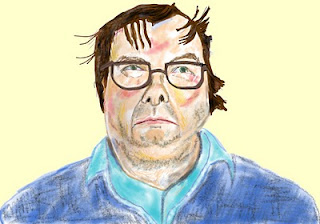 I would go to a communion service and leave out some 50% of its content, staying sat down and silent. I even started to struggle with Evensong and its chunks of ancient nonsense texts. And this was in an otherwise intelligent and broad church in presentation. I was again, after some years, coming across to the Unitarians.

There's no doubt that Unitarianism as a movement is in trouble, though it has been bouncing along on the bottom for decades and still retains a unique selling point. Somehow here it manages to get just enough people through the doors to survive. Whilst I took one or two services, this has stopped because over the year I have found myself in a new role for which I have readily volunteered.

Things were pretty desperate regarding the music. Some,

like myself, prepared music in advance and played it on some player taken in. Other times CDs were swapped best as possible but you would wait while track numbers were found and the volume altered mid tune. The number of singable hymns was very limited, and less than the CDs bought in.

So I took over regularly and first went behind a curtain on the Sunday, only visible to the service taker. I had set volume levels and also tried to hide the equipment. For preparation I used the Internet and computer software to source music and to edit it to the right number of verses in each case. I made the choir CDs easier to use and edited the first one the denomination did with noise reduction, amplification, stereofying, low pass limiting, and anything else I could throw at it to make it better. I built up a stock of music and each week presented a CD with everything in the right order, so all that was needed was the pause button. Later on as the new hymn book arrived I acquired and used music writing software that fills any gap in sourcing: it really does work too.

In the church, trying to use some high speakers connected to a microphone and induction loop was seemingly impossible. All the while I said this would be far better than the purchased (in the previous year)

but domestic equipment I took on and used. Eventually we found a workaround to use the high speakers and amplifier, and then a better workaround once we started a process to change the sound system completely. However, it was mono and not very good quality, and the induction loop was sacrificed (but unneeded at that point). People said that the music situation had been transformed by my actions and planning.

Now we will see what transformation actually means: we go into the new year with a new sound system of 4 X 65W in full stereo having its first full outing on the 2nd January. It should no longer matter whether a CD is prepared or not as there are two playing slots (though I will). I have practised with the equipment but it is a shallow learning curve; the technical task was done during the installation when I was sat there watching.

In terms of my beliefs, they are simply about being exploratory and recognising where there is wonder and awe. If I have theological heroes then they are James Martineau and Francis William Newman, but basically I am a liberal postmodernist. I continue to blog and I suppose for me the

Anglican Covenant is a loose end as yet untied that I can still comment upon for how it compromises ethics and people in favour of institutional bureaucracy. In so doing I retain a place among a group of online people. In addition a story telling element to the blog (not forgotten) gave way to a parallel universe, a Church in England where the Archbishop of the North is a little more than a publicity-seeking club comedian and the Archbishop of England is a bureaucratic theologian of a kind that when you push the theology there is nothing there other than detailed story telling. I've built up a range of characters all tackling feminism and inclusion and having beliefs at variance from the promises they make (particularly clergy of course) and I intend to have some fun with this at mild expense. It is only a parallel universe, after all.

It's a form of escape, because as Monty Python has said there is bugger else down here in this universe. But at least I have a sense, tentatively, of securing some foundations that had been shifting underneath me for too long.
Posted by Pluralist (Adrian Worsfold) at 18:21

Sorry, didn't mean to be anonymous in the previous comment; I equate anonymity with sniper attacks.
A