There are a number of responses among 'the defeated', as the opponents of the Anglican Communion Covenant might be called. One is that from Changing Attitude.

undermining the Lambeth 1998 1:10, that he had said is settled. This may have been a cynical politicking of placating the 'left' to get his Covenant through, but however genuine it was something said that will only frustrate and cause a reactive lock-down of those Anglican provinces which regard Lambeth 1998 1:10 as the rule of Law. So either way it isn't actually going to be reopened, and really Rowan Williams knows that the Church of England has a central function in this business, whatever he denied, so to retain his and his successors' function in the Communion. This now makes the Church of England especially conserving in relation to the Anglican Communion and its already enhanced Instruments.

Set against this Colin Coward shows an amazing optimism for the future. I can understand the kind of optimism that says, "Thanks GAFCON, you've done what the liberals failed to do," but this is not Colin's stance. His is based on GAFCON not getting what it wanted, and taking Rowan Williams at face value.

I don't take Rowan Williams at face value. One of the ethical problems with intelligence is that you see the politicking required, and can present arguments with overt and covert intentions - and he shows it. He adjusts this way and that, and whilst it might make sense on its own argument level it is also political and bureaucratic. It is intended to have a purpose. That's why he said words on the lines 'don't think that by stopping the Covenant process at the Church of England that it will stop it' - when, of course, a vote against would have done by blowing a hole right through it. But of course his angle wasn't quite that, but that a vote against would lead to a non-Covenant future of more decentralisation not less. These words then are political, not even wholly logical and consistent, and his headline point was pitched against those against the Covenant who saw the Church of England as critical.

Perhaps he needn't have bothered, giving the thumping vote his way. Or perhaps his craft of speech helped the vote go his way. And as for GAFCON, if you regard them as entryist, in for example how the Jerusalem Declaration was concocted (in Trotskyite fashion - behind the scenes by a small group in control, then presented to the gathering), then their use of the Covenant would only ever have been if it adopted their Jerusalem Declaration and rule by Primates. This will not happen (though again, characteristically and politically, Rowan Williams has said previously that there is much agreement with the Jerusalem Declaration). So the GAFCON strategy has always been parallel and intrusive, of building its own institutions in the wider Anglican body - an identifiable fellowship, international bishops, own colleges, own parishes, own channels of money: in other words, a Confessing Communion within the Communion like a cuckoo in the nest.

The issue is this: will the Covenant make any difference? I don't think it will stop the balkanisation of Anglicanism. GAFCON is committed, really, to a trial of strength. But others will pass this Covenant into being, and the terms will probably be such that The Episcopal Church and probably Anglican Church of Canada stay on an outer ring, to placate the Global South signatories.

But it also freezes the Church of England as a whole body. And this is the point where, I think, Colin Coward is now wrong. Forget any Synod based movement regarding the gay and lesbian issue of inclusion in ministry and in holding celebrations. This is settled now into the Church of England, a freezing of the issue now part of its amoral constitution. However, Colin Coward doesn't really look at it in Church of England terms. He has these connections, including personal and emotional, outward and into Africa and especially those Anglican regions that are even GAFCON loyal. It is like a witness, a connection, for some who live in very oppressive situations.

Yet, in the end, noble and crucifying as it is, this also becomes a form of institutionalism. The charity that Changing Attitude shows towards this Archbishop's stance (while commendable in some ways) is not an effective means to protect others. In fact, the most effective channels have been those of the State and diplomacy. Churches are oppressive communities in many of these countries, but it is States that make the law and these States know the cost of oppressive legislation for their international relations. Plus, the Church of England if it was ever a gay-friendly, inclusive Church, would be a beacon: defining Anglicanism against these other Churches, and the fact that it is not (and indeed colluding) is precisely why it needs opposing.

A Church should represent an ethical vision, not a construction to uphold sets of bishops and relationships like some international jigsaw of institutions. It is not about Graham Kings's fantasy of world religion and key people. Connections follow the ethical vision, not the way round this Archbishop finds so acceptable. This is, in the end, the collusion.

It is a zero-sum game. The ethical inclusive position is against the Covenant. 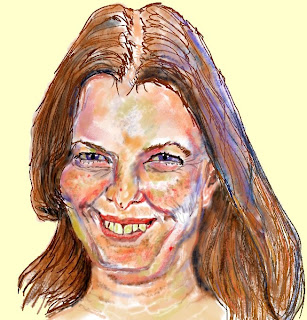 The Covenant is a piece of bureaucracy. The Church of England may change its position, but I wouldn't bank on it. They got in early with this new Synod, and the minds have been set quickly. Even if GAFCON has had an effect, even if the 'pass it on' people go on to say no, surely all the weight and pressure is there to pass the thing. Lesley Fellows and the rest are duty bound to go on and oppose it, but my own view is that any liberal, ethical intending person, who isn't really convinced and held by the doctrinal scheme that effectively traps them in to this Church, should get out. Things aren't perfect elsewhere, but a whole lot better than the corner now turned and the path laid out ahead for the mother Church of the compliant Covenant Communion.
Posted by Pluralist (Adrian Worsfold) at 03:15

Where do you suggest we go? An extra-ordinairiate for despairing inclusive ethical liberals?

Clearly, The Episcopal Church should create a diocese in England.

"and really Rowan Williams knows that the Church of England has a central function in this business, whatever he denied, so to retain his and his successors' function in the Communion."

Hasn't anyone told the emperor he has no clothes? As of the Jerusalem Declaration (probably before) the only function he and his successors will have is to apologize to King William for reducing the "empire" to a small fiefdom just outside of Windsor.

But Adrian is right, it will freeze the CoE. I have never understood how they cannot see that, how they can seriously vote their own powers to make decisions away like that.

In a country where conservatives absolutely detest the political influence from the rest of the EU it is astonishing that its religious wing should now be voting for a Covenant that allows 14 people from other provinces to have a final say over what will and what will not be acceptable in the CoE.

Where Colin takes Rowan at his word and believes that what Rowan says will be applied to the Communion for ever, these people clearly seem to believe that only TEC will ever be in the firing line.

A major piece of legislation like this should be examined purely based on its wording, not on the words anybody spins around it.

I suggest a change of denomination, but only for liberals who really are not 'doctrinally secure' and hanging on. Unitarians, Quakers, URC possibly with its Free to Believe pressure group; Metropolitan Community Church is fully credal. But I have always said Anglican liberals have a very poor record in terms of shopping around, the history of people leaving tends to be at the rigid ends. But I'm making a point that the ethical basis of the C of E is being sacrificed for bureaucratic concerns. Or, yes, a diocese or ordinariate from afar!

Which face of Rowan to take at face value? Obviously not the pre-Lambeth Rowan, who seemed to speak what was in his mind and heart. How can one take the politicking, manipulative Rowan as seen in the address to GS at face value, when he speaks in code to convey a message without clearly stating what he means to say?

But it also freezes the Church of England as a whole body.

I think we will see many progressives taking advantage of the ease with which they can join TEC and leaving CoE to the institutionalists.

Recently I published a count of 5 different levels of post covenant communion. I was being generous, as I had 2a, 2b and 2c counted as one. What the covenant will do is formalize fractures.

I hope this vote doesn't cause liberals to leave the Church of England. And while I'm doubtless not typical, I don't sense defeatism.

My understanding was we didn't seriously expect to win the synod vote. The point was to prevent it going through on the nod, which we did. The Covenant debate is only an expression, with perhaps a little higher than usual profile, of what certainly Modern Church is about anyway - arguing for theology and ecclesiology that makes sense.

Whatever shape Rowan pushes the C of E into (and I totally agree with whoever said it was a disgracefully manipulative performance at Synod) it will only create a somewhat different context within which we have to make our case. I don't detect much warmth towards anything less than one or another rigorously orthodox theology now, even without the Covenant.

"The point was to prevent it going through on the nod, which we did."


How so?
The normal process for an Act of Synod is to discuss vote for it in GS, then it is automatically handed to Deanery Synods before it winds its way back to GS.

And whatever bishops may have said, all but one actually voted for the process (and passed up the opportunity to let Diocesan Synods debate it before they knew how Bishops would vote), so now DS is even more likely to rubber-stamp the overwhelming support we've seen so far.

How so?
With so much already invested in the Covenant politically it would have been remarkable if the Modern Church/Inclusive Church ad and the No Anglican Covenant campaign had persuaded a majority of General Synod. But without it the debate would have been a formality. We would not have seen Rowan so blatantly relying on personal loyalty, or Graham Kings making false statements on Radio 4 unchallenged, or whatever other negative points supporters of the Covenant may have accrued as a result.

So far those points look unlikely to carry sufficient weight, I suspect because we haven't made clear enough the practical downsides of the Covenant. But there is now a foundation on which we can build.

Things aren't perfect elsewhere, but a whole lot better than the corner now turned and the path laid out ahead for the mother Church of the compliant Covenant Communion.

This is not America, Pluralist!

Pray tell us where is this ecclesiastical Nirvana you talk of. Suggesting the Unitarians, Quakers and MCC is rather akin to suggesting that people fed up with the football association should join that other MCC - The Middlesex Cricket Club.

The game is still football, played by the other leagues, but the rules are considerably freer and, arguably, the game flows better, but whether it does or not, all the players get to be involved in the team. None have to sit out on the bench for every game.