John Martin of Fulcrum is an optimist as regards the Anglican Communion Covenant. He claims that: 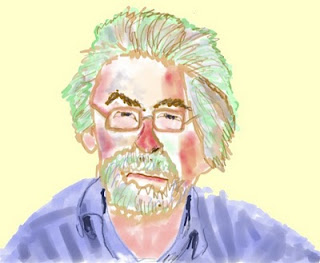 Anglicanism has much to gain by the success of the Covenant. It will be more unified and coherent. Gone will be the idea you can be Anglican and believe whatever you like.

There will be benefits for other denominations too. Some denominations have made no secret of the fact that they are watching how Anglicanism deals with the crisis over sexuality and will consider following its path in due course.

For the Catholic Church it will be good news. It has a great affection for Anglicanism and hopes to find in it a partner in ecumenical dialogue with which it can do business.

For Anglicans it will close down endless rows about sexuality and endless media pronouncements that its end is nigh.

If other denominations followed the Anglican path they'd split into parties and have endless wrangling. A Covenant solves nothing that cannot be solved by more organic means.

The great affection Roman Catholicism has for Anglicanism is to create ordinariates and call them Anglican. They are part of the Church, and correct, whereas Anglicanism is an ecclesiastical community with a ministry that is null and void. In creating an Anglicanism of an inner core and then outer layers that are 'not representative' and excluded, and probably unable to talk to each other given the formalised divisions, all thanks to the regulating of the Covenant, the Roman Catholic Church will be even clearer that Anglicanism is a split and divided body - rather than the diverse one that it has been.

If he thinks it will close down the endless debate about sexuality then he is wrong - after all, in his Presidential address to the Synod before the vote, no less than the Archbishop of Canterbury himself called for theology into synod to extend the debate on sexuality. Er, he did didn't he - or was he just politicking? You cannot close down something that silences a minority unless you require that the minority leaves.

The Covenant will give the media a field day, showing in actuality the institutional divisions.
Posted by Pluralist (Adrian Worsfold) at 17:12

You've been the English-speaking Shinto for generations; any formal agreement makes that impossible or hypocritical.

Not me - I attend and assist Unitarian services. I continue to comment where I used to comment on Anglican matters.

But I have also made that comparison - the English Shinto, the English Hinduism (popular approach - sometimes called folk religion) - before.