Theology of the Beauty of Equations

To me, so much theology is diversionary. Because it is so linked to Christianity, it keeps going on about that rather than about the wonder and awe of knowledge and the world we live in. It justifies pseudo-science and pseudo-biography instead of where we are and what we know, and how we know. 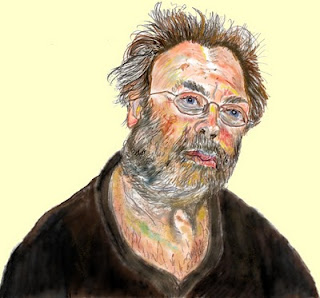 Matthew Collings recent programme about Beautiful Equations is all about what theology should be about. Matthew Collings is an artist and art critic and equations were incomprehensible to him: but, he wants to know why should they be beautiful when explanatory? Keats said beauty is truth and truth is beauty, but are these the same when in mathematical science?

There is a philosophy or use of an equation. The mythic quality of the story of each equation gathers more reality as they are explained.

Stephen Hawkings talks of elegance rather than beauty. And there is the notion of going for the simplest equation. Simple elegance in equations therefore reflects the nature of laws. Isaac Newton wrote in words and in Latin, but the words about gravity translate directly to equations.

Matthew Collings goes through five important equations that are masterpieces to explain the universe we live within.

Equations like Einstein's most famous are discovered before tested so have the power of prophecy. Newton's verbal equation come first, even if the apple dropped. This is because Newton made the leap of understanding to see that the apple that fell to the ground was the same thing that kept the planets going around each other. Haley's Comet returned according to Newton's equation. Newton based his equation and science on self-perception whereas Einstein went to a higher level of abstraction, beyond what we think should be the same experience for everyone. So Einstein was something of a dreamer beyond our presumption that time is the same for everyone. Clocks go slower when the object is moving. If the the moving object reaches the speed of light, the relative time of moving to time that is stationary is zero. Time and space are inextricably linked through the speed of light.

Einstein's relativity and Picasso started modern art at the same time. Relativity in art meant cubist paintings. In cubism there is a similarity between textures and forms between the subject and background. Although Cubism isn't science and much art has been geometric, Picasso worked on space and time and focussed on geometry knowing about scientific texts.

Paul Dirac is a key figure because insisted on the principle of mathematical beauty, which was a kind of religion to him. Closer to nature the theories should get more beautiful. You even pursue beauty to get to truth, and this is meant literally by him.

Dirac's work was about the fundamental unit of the electron, nothing less, a compact universal equation and a miracle of modern science.

Words like miracle are interesting to me. There is the idea that inspiration and insight comes, that a connection is intuitively made, and the miracle is that a short equation can produce a powerful explanation. I like the idea that these mathematical scientists have little other than rooms, blackboards and their brains.

Dirac's equation shows how the electron will behave. His symbols were tough to understand even to heavy brains, but they predict. It predicted anti-matter that was discovered five years after the equation was made. Since this equation cosmologists went on to indicate that half of the initial universe was anti-matter. Experiments can show electrons and their negative anti-matter positrons

There was a now famous Horizon programme telling the story about how Andrew Wiles found in 1995 the proof of Fermat's Last Theorem via various clusters of mathematical knowledge only knowable to mathematicians of the twentieth century. The programme could not possibly explain the problem or the solution. Viewers had to take such content on trust, that was brushed over anyway. People just watched a man cry and get emotional as he described his lone struggle, with occasional support and criticism from other mathematical experts.

So we don't know what they are on about after some point or other. For Dirac beauty might replace simplicity; and for him, complex mathematicians appreciate a beauty that they recognise. So you needed to be part of the expertise. Matthew Collings wondered if this like the inner beauty of art that needs an informed journey of discovery.

Black Holes are predicted by an equation and the entropy equation came from Stephen Hawking, called the Bekenstein-Hawking equation for Black Holes in 1975. Stephen Hawking suggested that the fundamental laws of the universe should be elegant: thus short, simple and explain properties of the universe not previously understood. Black holes are found to be are not completely black, have properties and eventually will explode and disappear. In other words, as objects fall into the black hole the surface area and entropy gets larger and its life is shorter.

Dirac's faith is that a beautiful equation that does not seem right but yet is beautiful will be found to be true in the long run. Still, finding an equation is a eureka moment and it might be equivalent to a breakthrough in art, suggested Matthew Collings. He certainly was interested that the pursuit of beauty is a driving force for scientific work.

Collings considered that art and science retain different meanings regarding beauty. Beauty in modern art doesn't have representation but can have a sense of order. There is no necessary algorithm in this, although a random aspect in his modern art still involves the mathematics of randomness.

We see here the power of narrative, of intuition, of beauty and elegance. We know how simple maths with virtual numbers produces fractal shapes. To me these issues of beauty produce questions about transcendence - transcendence means universal applications of simplicity arising out of our world and across it.

This implies theology, but so much theology is up a sectarian creek. It has forgotten about the world and its beauty, the potential for greatness in the simple. Newton fruitlessly and wastefully tried to find maths in the Bible, so called gemetria (which shows how his Unitarian view shared by others was of a different kind in those days - it was highly materialist and textual). Today he might find maths in the world as a principle, and beauty would be part of that search.
Posted by Pluralist (Adrian Worsfold) at 22:14

Good article, and we are still yet to re-write the ridiculous biased and down right missleading works of previous British Scholars, As such we have written text material around the world which claims the ancient greeks as the fathers of philosophy but the truth is that the vedic scripts pre-date Greek, and has chronicled maths, symbolism, the stars movements, quantum physics all in the vedic age, but due to Royal Asiatic Society this was hidden and deliberately misrepresented and dated in order to maintain justification of ruling India by white europeans, and thus the birth of white supremacy. So something as little as justifcation for occupation has put the world back and it will take many years to remove. Vedic India, (indus Valley) has shown us that at least 1,000 years before socrates there had been a civilisation which had known of a round earth and was more advanced in road and building design. If the Europeans had used this inforamtion instead of using their maxim gun, the world would be a more civilised world and less prone to western mockery and misinformation of generations! Maybe its abvout time the western worlds literature be looked at again but without a prejudiced eye!