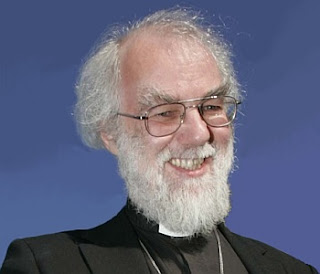 With my meeting the Joint Standing Committee and the unclarity still around the invitations to the Lambeth Conference this year, we resolved not to discriminate against any bishop of the Anglican Communion, in that the argument could not be made that the consciences of bishops are known only within the list in preparation, and thus it was considered not to send this letter to some bishops according to the incomplete and expanding list, but to all bishops eligible for attendance at the Lambeth Conference. As the person making the invitations, or withdrawing the invitations, I have considered what was this resolved recommendation of the Joint Standing Committee and, after taking further advice, I have taken a decision to agree to this approach. Therefore, as you are a recepient, I am asking you to search your conscience and how you are inwardly disposed and ask that if you have any concerns about the agenda of the Lambeth Conference that question your commitment to the Windsor Report and the Covenant to consider whether you ought to be coming to the Lambeth Conference at all. This is being asked of everyone of ecclesiastical invitation, and that in the spirit of inclusivity I have further asked it of myself. I should point out that at this stage I have not made a decision whether or not I should or should not attend and I shall be taking advice on this matter.

The issue which now concerns me and all bishops was laid out by me in the Advent Letter of December 2007. I remind you that the Covenant seeks to engage all dioceses in provinces into the full membership of the worldwide Anglican Church. In summary form this is the common acknowledgment that we stand under the authority of Scripture as 'the rule and ultimate standard of faith', the common acknowledgement of an authentic ministry of Word and Sacrament, that we are able to recognise biblical faithfulness and authentic ministry in one another as provinces (administrative units), what we believe we are restricted with respect to blessing and sanctioning in the name of the Church, that one part of the family cannot make a decisive move that plainly implies a new understanding of Scripture that has not been received and agreed by the wider Church, and that the whole structure of mission and ministry will have failed in a local church that commits itself to a new reading of the Bible, and that how we read the Bible is based upon expectations of one diocese upon another across the provinces. It is through this that we preserve a theological monopoly of the worldwide Anglican Church over particular geographical areas through the dioceses and provinces, that each part maintains confidence in the other part. Unclarity has existed on this matter: of course expectations exist from one province to another, but these expectations must exist also from one diocese to another, the core units of the Anglican Church, and it is on the basis of this argument that this letter is now going out to every bishop of the worldwide Anglican Church.

There is a misunderstanding, which is to some extent due to the over-influence of Internet chatter ("weblogs" and the like), but also perhaps a more general misunderstanding, that the purpose of the Lambeth Conference is not to exclude the unlikeminded, even though the discussion as to the nature of the language of the Covenant is not foreclosed. This has never been my intention. My intention is not a boundariless communion of decentralised Churches, and surely this is the origin of a failure to agree common standards so far of which the Chicago-Lambeth Quadrilateral was a clear counterpointer.

The extension of this letter to all bishops is indeed an extension of this very point, to examine the dissimilarity of view which can be discarded, and to find forms of agreement by which those who disagree cannot weaken the central mission upon which we as the included should all be agreed in the manner in which we agree it, namely the basis on which the Bible is read and the expectations we have, each to the other, on this fundamental - even fundamentalist - hermeneutic that we should jointly affirm. Recently I have made it clear that if I could not read some key narratives historically or that the history was in some way disproved I would stop being Archbishop, would cease to celebrate the sacraments, would advise that we have no more Archbishops (or bishops for that matter) and I would add here that I would advise that we should close down the whole worldwide Anglican Church. If as a bishop you have difficulty with your meeting these expectations of the approved biblical hermeneutic of the worldwide Anglican Church as just outlined I respectfully suggest that you consider your attendance at the Lambeth Conference.

There is further the difficulty of the qualified episcopal system, and whether by Conventions or by synods, we are not recognising an inadequate charism of the bishops in dioceses, and so I propose that the purpose of the Covenant proceedings will be to override such qualifications that are negatively extant to the proper charism of bishops in order to affirm a full Church Order that can centre upon the place of the Archbishop, the primates, the Lambeth Conference and the advices but not strictures of the Anglican Consultative Council. If as a bishop you have difficulty with your own charism in relationship to limitations and qualifications elsewhere I suggest again and respectfully that you consider your attendance at the Lambeth Conference.

I hope this brings some clarification to the situation. If you feel you are unable to attend, please send the reply slip contained at the end of this letter to one of the Instruments of Communion, or send a message by email in the same direction. On a personal note, my friend Bishop Tom Dunhelm stated that these letters (including this one) were in the post. He was only partly right in that they might have been but they were not. I take his advice seriously as he is a good friend, and this reflects some suggestions he gave me as to how to make the numbers more manageable in order to stitch something up if we can. As I examine the arguments I have to suggest that it is possible that I may not be there, nor the charismatic and risk-taking Archbishop of York, but if we are not then Tom can run the show, which is what he wants to do.

I know how important is your decision is to stay away or come, but, just as we consider all minorities, and praying for them, including praying for bishops attending or not, I nevertheless ask you especially to pray for the Lambeth Conference in whatever it is trying to do.

Yours in something or other

Adrian, you are a wicked, wicked boy.