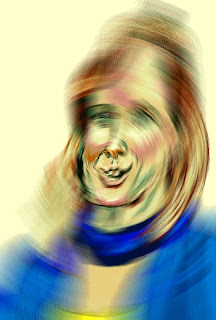 Seeing as the blog world likes to pinch and reuse, and quote sources and discoverers, but some that may not be quite as given, and then Ruth Gledhill comes in late and is able (from her position as a journalist) to get an interview, I shall reuse or nick chunks of her interview in order to examine it.

The previous entry here refers to contact from Ed Greenall to her that no letters have been sent. Ruth Gledhill:

...said to Bp Tom: 'It is quite normal for journalists to be dumped in it in this way by Lambeth, but I've not seen it done like this to a Bishop before.' 'I don't mind,' said Bishop Tom... minutes before stepping on a flight to New York to promote his new book, 'Surprised by Hope'.

Sounds like either he agrees with the suggestion he has been dumped by his "friend" the Archbishop or that he doesn't care to provide a more accurate answer. Tom Wright told her:

'I may have got the timing wrong. If so, that is purely a misunderstanding between me and the people I talk to.

In other words he was sweet-talking the folks at the Fulrum conference. Or alternatively he means the people who gave him the information to start with. However, he'd know the lecture was being published for all to see and therefore what would happen after such information was picked up. He then said, about the letters going out:

So he was involved in some kind of conversation with a member or members of the Joint Standing Committee, or overheard such, presumably before they met, or from the Archbishop, and the result of the meeting may have been that they changed their collective mind.

Indeed there is a correction within Ed Greenhall's explanation. First of all he said that the Archbishop:

...intends to be "in direct contact with those who have expressed unease about this, so as to try and clarify how deep their difficulties go with accepting or adopting the Conference's agenda." As far as I am aware things have not gone as far as the Bishop of Durham suggests in his Fulcrum lecture, and I believe that no letters have yet been sent.'

In other words, Greenhall first gave her a view that is accurately related to the Advent Letter. Bishop Wright in his lecture had in any case overstated what the Advent Letter implied. But then a follow up email to Ruth Gledhill changed the explanation:

'No letters have yet been sent. As for when and whether they will be, we are not in a position to say.'

Read that again: as for when and whether. In other words, that Joint Standing Committee may well have changed its mind or the Archbishop has. Bishop Wright's information may just be too old. Nothing is in the post. As for whether (or when) anything will be put in the post, no one knows.

Baby Blue Online meanwhile suggests that the operative word is yet, whereas for me it is when and whether (and one might add anything). Plus he didn't reiterate, Baby Blue Online, he changed his view when pressed: the first reply had been a careful official line, the second is either no idea whether or when said letters of such content may go out - unless it was stonewalling to create space via a non-committal answer.

By the way, given the apparent comparison between The Episcopal Church leaders with the TEC majority and the super-apostles, is anyone other than a few Covenant Communion types going to be that interested in the book that the Bishop, jetting to the United States, wants to flog? Will the red carpet be put out, because if it is it might just get a swift tug from a few Episcopalians.
Posted by Pluralist (Adrian Worsfold) at 02:20