Quick note on the blog world: interesting how the evangelicals are all sourcing the reading of the Tom Wright lecture for the letters going out at Baby Blue, whereas the more liberal ones are either sourcing it to me or Episcopal Cafe, which sources it to me. Even the blog world is now divided.

Now to these super-apostles. There seems to be some con 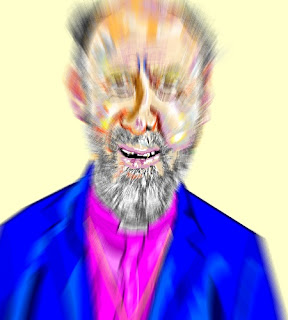 fusion (in my mind at least) about who Tom Wright meant by reference to "super-apostles". Taking the first use from 2 Corinthians and referring to 6:11:

...the Corinthian church, or most of them anyway, have rejected him, choosing to go with others whom he darkly terms 'super-apostles' or other less complimentary terms (I am parking one of the many controversies here). The church has made it clear to Paul that if he wants to come back to Corinth he'll have to prove himself, have to present his credentials, have to obtain 'letters of recommendation'! ...he now finds that having faced the pagan hordes he has to face the shiny, successful Christian hordes, and he may well wonder which is worse. At least the pagans aren't supposed to be your friends!

The thrust of the argument seems to me to be about those in Corinth who have left the fold, and gone with those who are in error, the super-apostles, in 2 Corinthians 11:

5 I think that I am not in the least inferior to these super-apostles.

6 I may be untrained in speech, but not in knowledge; certainly in every way and in all things we have made this evident to you.

Whereas some evangelicals in the blog world are complaining that Bishop Tom Wright is referring to GAFCON as the super-apostles, I think he is referring to the leadership of The Episcopal Church and the Anglican Church of Canada, where they are proclaiming what he would say is another Jesus.

When Paul wrote 1 Corinthians he was in the position that the Anglican Communion thought it was in until 2003: though we didn't have a formal legal or constitutional position, we all more or less knew how things stood, and an appeal to the Apostle in the first century, or to Lambeth in the twentieth, more or less clinched things. But now it had all gone pear-shaped.

So after 2003 it is like 2 Corinthians and thus the super-apostles are being followed by most of Corinth and most of TEC and ACC.

(It is actually more complicated than this, as 2 Corinthians may be two letters joined together back to front, starting with a letter that assumes some reconciliation with Paul and then going on to the one sent when they were mainly following others. This is why not even the letters of Paul - even those said to have come from him - can be counted as primary historical documents.)

The problem that is throwing the evangelicals is the very next sentence of Wright's lecture:

Pagan behaviour to the left, and ultra-Christian heroism to the right, had left Paul having fought the battles on the one hand only to appear outflanked on the other.

Naturally, the extreme evangelicals reckon the Pagans are the TEC and ACC leaders, and so the ultra-Christians are GAFCON, and thus super-apostles. But this is only where the analogy is breaking down. He does say, much later on:

Apostolic authority, covenant, painful letters and super-apostles: the parallels are not of course exact, but they are striking none the less.

There is another section that could well be throwing the evangelicals, and it is because the lecture is itself unclear, even confused.

And now, just as the super-apostles were conveying the message to Paul that if he wanted to return to Corinth he'd need letters of recommendation, we are told that, if we want to go on being thought of as evangelicals, we should withdraw from Lambeth and join the super-gathering which, though not officially, is clearly designed as an alternative, and which of course hands an apparent moral victory to those who can cheerfully wave goodbye to the 'secessionists'. I have written about this elsewhere, and it is of course a very sad situation which none of us (I trust) would wish but which seems to be worsening by the day.

So now we have a "super-gathering" - language that matches super-apostles, and this is about GAFCON. This means that they are not of the cross and resurrection:

The point is this: apostolic authority is rooted not only in the proclamation of the death and resurrection of Jesus Christ, but also in the living out of that death and resurrection - which Paul, clearly, had done, and which, we are left to infer, the super-apostles had not. And, at the heart of it all, Paul embraced and celebrated the shame of the cross, so offensive to those who wanted their Christian faith to be cut and dried and clean and shiny (and conforming to the culture of imperial success), and so essential to genuine apostleship.

Therefore, without cross and resurrection, it follows that the GAFCON leaders are Gnostic in the sense that Michael Poon accused GAFCON:

GAFCON holds before the Communion a new and unfamiliar utopia that is post-modern to its core. Webmasters and web bloggers render synodical processes irrelevant. They preside over web blogs in the virtual worlds of their own fabrication. Its power in shaping public opinion on ecclesiastical authorities simply cannot be ignored. A communion that is no longer dependent on patient face-to-face encounters and governed by geographical proximity: it is a Gnostic gospel that renders the Cross in vain.

Obviously Tom Wright and Fulcrum and the Archbishop are fully allied with Paul, and these do live out cross and resurrection, whereas to the left and right of them they don't, Pagans and super-gatherers, and are all in error. Indeed the same criticism would be applicable - not cross and resurrection - to the apparent super-apostles of TEC and the ACC. The Archbishop of Canterbury, though not of Fulcrum, is all right, sending out those letters to the other equivalent of super-apostles, about examining their consciences and not coming to the face to face encounter of Lambeth, or something far more ambiguous than the Bishop of Durham suggests, except that the Anglican Communion Office indicates that no such letters of any kind have been written. Another denial is contained within Ruth Gledhill's blog (she is one who sources back to Baby Blue). According to her Ed Greenall says no letters have gone out.

It's the black arts: not knowing whether letters or no letters have gone out, say it anyway for effect, for a sense of privileged insider information for attenders, and for readers like me to pick up. The inevitable mushroom of comment sort of forces the issue: to tell his "friend" the Archbishop, to get on with it. This, and calling others super-apostles (that they are wrong and they are wrong and "we" are right), is politics for you. Tom, who hasn't quite Dun so much at the helm, but chucks his weight about, is a most political of Bishops of Durham.
Posted by Pluralist (Adrian Worsfold) at 17:02