The Difference at Micro-Level

It's not usual, and I won't normally do it, and it wouldn't be balanced and all revealing if I did, but I will comment on the Unitarian church this morning. I'm particularly pleased that an Iranian couple came back to the church today three weeks after attending the service I took. They had been looking for a mosque, and in between I'd found out where it is. Someone also attending knew more: that there are two.

Of course we said where the mosques can be found, and you do so even if the people leave for good. I remember when I first attended and then saying, after a 'trial period', "Bye," how generous the people were at that moment. It is one reason why I went back. Also today, another brand new face, and she ended by saying "Thank you for making me feel so welcome." That has to be a good thing.

Lord Carey can write his negative material about antithetical values and other people. Our friends - for that's what they are - joined in with the hymns and the content. We share, and we converse. This is how we can get on: we learn. And if we can make people feel welcome at the micro level, to receive and pass on something, then we are going to get a lot more right higher up.

It is such newspaper articles that ought to end up in ghettoes, in the ghettoes of the waste paper bin. Let's build bridges and let's join hands.

If Unitarians can attract a broad constituency by such manner then that's very good.

But there is something mysterious. I've been at that church at different periods. I've known different atmospheres, and know that now there is a positive one. The mystery is that with such an atmosphere, a bounce takes place, when you think such was no more than an internal condition. The truth is that a liberal congregation can turn itself around and grow (and do so consistently - we have examples up and down the country) once a congregation gets itself into the mindset to do this. It needs generosity and flexibility, openness and warmth. It's funny how these things can lead to change: positive values expressed positively.

The big difference these days is the Internet. Unitarianism was largely a secret. Twenty years ago you could chart its decline onward to extinction because no one knew anything about it. No one realised the power of ready information. Now you can find out all about it, right down to the 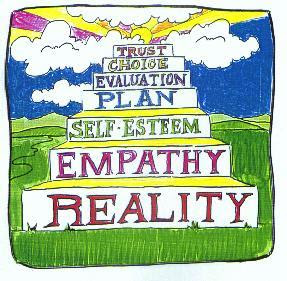 local level, with a few key presses. Unitarianism is no longer hidden: there is a liberal Church. But then a congregation has to do the management work and build itself as a concerning fellowship. It has to take risks: the website where I go is the concern of a new member (and that's a very good idea: my view has always been, too, that the quicker someone takes a service the better, because then they are expressing themselves and engaging in dialogue). As an individual, you then learn about the history of the denomination, and you absorb that into your own personal history too.

I'm a free floater, and ecumenically minded. I may end up going to the mosque myself for a visit: why not? Incidentally, one of the good things about the re-emergence of Yusuf Islam back into singing is to be able to hear the lyrics past and present and realise that they have direct spiritual impact. He made a very good concert shown a number of times last year on the BBC.

I am now engaging on a small project: to produce some liturgies that a person can come in and just do, so that in any emergency a service can just be produced.

The business of producing a service from scratch is a very time consuming one. It baffles me when in an Anglican service someone fumbles and bumbles when it is all laid out and done in advance, with the exception of the sermon. Try to do it all, and then try to do it 'professionally'! It is not easy. I shall try to produce a choice of services: traditional, moderate, radical, Christian, Eastern, Pagan, maybe also Christian sacramental, Pagan sacramental (that is, more symbolic). I might even try something Muslim based too, compatible with the arrangement of the church on the Sunday. When done, I'll make them available for anyone, online of course, and perhaps that might attract a few more people - because a service only happens when it is done in a community, and then those values can be realised.
Posted by Pluralist (Adrian Worsfold) at 21:04