So my friends say in the pub, that sociology is 95% "shit" on the basis particularly that it is full of cliches and jargon. "No, shortcuts," I said. and I'm sat there as one then says greed and property is just human nature and the other said no, because the Red Indians didn't have property. 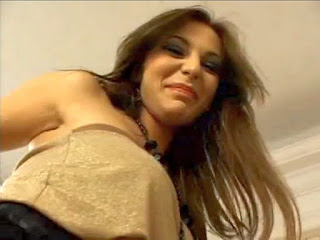 So the sociologist then said it is urban living and property that make people less individual. I said I think it makes them more individual. He said less connected. Ah, yes, well: in rural society people had more connecting bonds between the same people, "whereas you might only know Jim down at the gym." And online you can wholly construct your self. 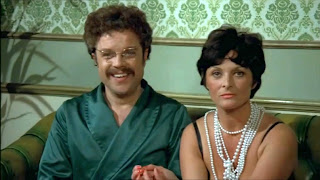 You're less yourself, he said, less with others. Well, not only a sociologist then, with urbanisation as a cause, but a Durkheimian [Yes I know this is via urbanisation, but his focus was on the essence of being human; I did mention the social geography of towns in passing]. The other - for whom Marx was also "a load of crap" - said it's about alienation. No, I replied. Alienation is when you are not attached to the labour value of your work, whereas Durkheim used anomie, a consequent of loss of collective conscience - or, to use the jargon, conscience collective. Hee hee.

Somehow this conversation drifted to theology, 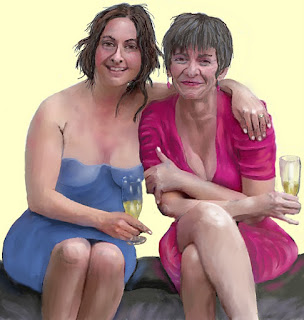 where the sociologist of the two said believers cannot do academic theology because they already have the answer. I said that is a criticism but you have theologians who are believers. They do theology from the inside; a critical approach. I said theology is not religious studies. Religious studies looks at it all from the outside. It's the phenomenology of religion - relates to RE in schools too. I said of my online friend who expresses Kantian like personal experience and also examines the texts as texts, positions that don't relate well to each other. That's theology. I said I do theology but it is more open ended.

Meanwhile we noted the higher number of women in the pub than usual, and the sociobiologist said that if he was more sober he'd have given me a better argument. I was on soft drinks because I was driving. Our other compatriots were visiting Wales.

Clever people know that had I been teaching or properly academic, I'd not have jumped to Durkheim but gone first to Tonnies and all that about the Gemeinschafft and Geselleschaft, or community and association, that derives from rural and urban connections of interaction. But the 'sociologist' started from the Red Indians and was interested in the self, and so the social-individual conscience and anomie was the jump point.
Posted by Pluralist (Adrian Worsfold) at 07:23