Aquinas in a Local Church

The process of writing and 'finding out' changes what you are going to do: and this has happened with the next paper for the St. Mary's Barton-upon-Humber In Depth Group. 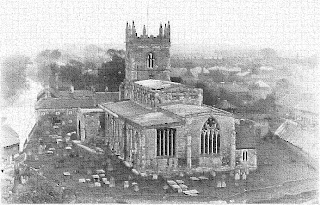 I have written a paper on Thomas Aquinas and his use of Reason, but whereas I was going to do a session on him and other traditionalisms like Puritanism etc. he and what is associated turns out to be quite enough and comes with a question of its own.

So along with Aquinas comes Aristotle, and thus a need to rapidly mention Socrates and Plato. Before Aquinas Augustine of Hippo was important and represented a Conservative backlash to Aquinas. Alongside Aquinas's proofs of God are Anselm. Aristotle was released from the Islamic world into Western Europe - thus Aquinas absorbing this threat. But Avicennaor Ibn Sina had done similar to Aquinas and Anselm, and so needs a mention. That's enough for one session!

This paper is completely linked from my website and the Learning Area: once from Theologians and once from the Theology Course that this represents.

I have done it now because this will be the basis of a sermon this weekend I shall give. Look out for that. It and the service will go on to my website as well. A sermon needs a more explanatory and simpler framework or it won't communicate.
Posted by Pluralist (Adrian Worsfold) at 20:55