The Effect of New Holland 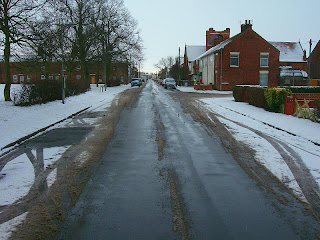 has been in New Holland hob-nobbing in the fashionable House of Elliot about how to bypass English Roman Catholic bishops told to be generous by the Pope, because he regards them as a bunch of lefties. New Holland is pictured with its nearly redundant evangelical Anglican church on the right, now used for secular community events.

It turns out that Andrew Burham is also a flying [around the world] [non-] bishop of Ebbsfleet between Gravesend and Dartford who indeed went to New Holland to do his skullduggery with Peter Elliot. Elliot, a Roman Catholic episcoped transfer manager, himself once an Anglican, has signed up Forward in Faith New Holland to join a little boat called an ordinariate crossing the waters of New Holland Dock. 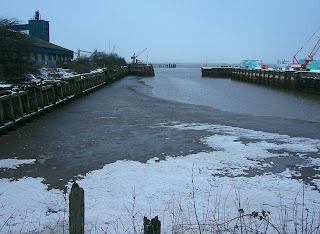 Meanwhile, a bishop, who once went into New Holland, as Bishop of Wanregretta, and Papua New Guinea before it, where he was made Bishop of Ali Bongo, has joined those who cannot see his magic dust sprinkled at his ordinations because he is now suddenly a layperson of the Roman Catholics. He was rumoured to be recently Assistant Bishop of Newcastle, the one up north beyond New Holland in England, and Anglo-Catholic commentator in the evangelical Church of England Newspaper, and it was said he innocently likes walking in Northumbria and Cumbria, but now is in urban London where he can use the tube to get to mass in Southwark. Following advice from the Anglican Archbishop Up North, he won't be getting ordinariated as the new Anglican home is likely to be as small, stuffy and insufficiently aerated with laypeople as are the altared garden sheds and garages used by episcope vagantes.
Posted by Pluralist (Adrian Worsfold) at 21:28

And just to confuse you a little further Adrian, your village which is named 'New Holland' has a sort of name-sake in another part of Australasia: New Zealand was so named by an earlier explorer in the south Pacific called Abel Tasman.

He gave his surname to the stretch of water connecting *'Neu Zeeland* with a large island to the left called 'Australia'.