Service on Aquinas etc. for Sunday

My service for Sunday is uploaded. I could have sent it across as a .PDF but .PDFs don't work the best for copying text from it (line endings get enforced, sometimes extra spaces are added - it needs text processing afterwards) and then I have issues with the sheer amount of coding Open Office produces for its web page output. So it is hand coded HTML from text, kept as simple as possible.

Both the service and the In Depth Group presentation for Tuesday 16 February are on the same topic: 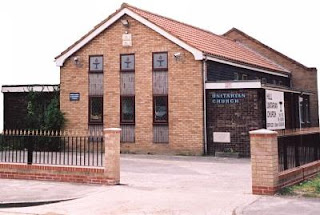 the insertion of reason into Christianity by Thomas Aquinas with was before and what followed. They are different: the sermon has to take a simpler form, more of a linear story and less detail, despite a still complicated argument, and it also adds a Unitarian position. In the end, a service is more than a sermon, and although the theme should be consistent throughout, the service ought to have space. Once again, all the prayer material is my own (but drawing from what exists elsewhere). There are also congregational considerations for content, and thus why the sermon has more about Ibn Sina and there is some Muslim material in the service. The service comes with a CD because there isn't an organist at present, and it has eight tracks for the service in the correct order in order to be efficient regarding the music.
Posted by Pluralist (Adrian Worsfold) at 21:33