In a comment over at Mark Harris's Preludium, I'm accused by Madpriest, Jonathan Hagger, of being essentially unfair to Bishop Peter Selby.

I had written (well before constructing the blog entry- the cartoons were fresh yesterday too, after I had said to someone I'll take the beard off Rowan Williams and put it on Peter Selby!):

At last, one of them has broken cover. It's why, especially previous to this, I have become so critical of the whole bishop authority thing, because collegiality has become (in England) a cover for wrong-headed silence and sleepwalking into wrong decisions.

Let's hope the Covenant wheels come off the wagon.

To accuse Bishop Selby of breaking ranks shows a lack of knowledge of this man's past. When appointed bishop of Worcester he denounced the institutionalised homophobia in the church and English society from the outset, without qualification and very loudly, in deed. This got him into all sorts of trouble with the bigots of his diocese. He could, like another liberal bishop I know only too well, have just supported the gay clergy behind the scenes and only if their relationships remained out of the public eye. That would have made his time in Worcester a lot easier. But Selby is a man of integrity as 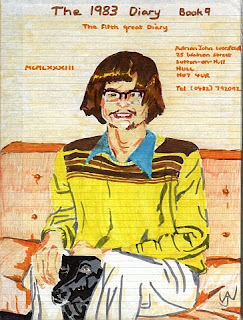 well as being a great scholar and pastor. If he had been the academic who got the top job we would be in a completely different and much nicer church at this moment in time.

I must then stand corrected, but whilst therefore he must have not exactly 'broken cover' on the general issue, speaking so a long while back, the point about the timidity and silence of the bishops as a whole and some in particular still holds. Secondly I've not seen until now, from any bishop, an attack on the Covenant proposal in such a consistent and directed fashion. Perhaps Peter Selby has done so before and no one noticed. All I'd say is that on the Covenant, which is my specific interest (partly because I take gay inclusion as a given, and because I am anti-credal and anti-articles and anti-objectives that constrain), this looks to be a new and possibly an important turning point. Plus, once someone has done the dirty work the timid people in purple and others in other colours might themselves follow.
Posted by Pluralist (Adrian Worsfold) at 16:27