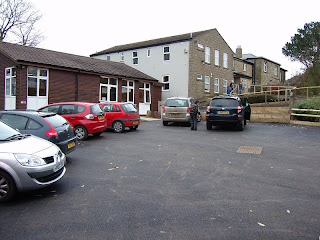 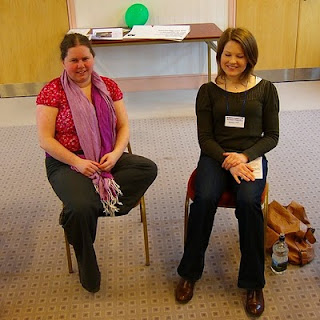 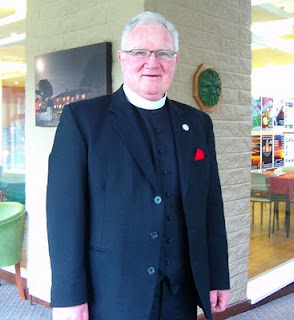 I'm just back from the Unitarian Communication Coordinators Conference at The Nightingale Centre, Great Hucklow, Derbyshire (SK17 8RH to have a look) which started on Friday afternoon and continued until Sunday afternoon. This is the first time I have seen some Unitarians for many years, and there were a few surprises too for my slow to recognise clockwork mind. So I made some good contacts and friends very quickly.

The first gathering was a pre-session in which we could just work on posters for real or imaginary events. My effort involved using Microsoft Publisher not touched since decades back, and given my other contacts I created a spoof Ordinariate poster for Anglicans after the Covenant. Some of this issue 'over there' 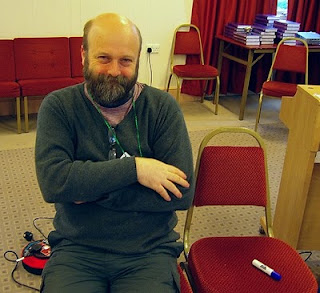 was in my conversation for folks 'over here' - especially as we want these same sex partnership blessings in our churches and have a positive view embracing difference of beliefs. Then we had a session on making phantom friends from Angela Maher - a marketing tool about focussing on who would be interested in Unitarianism so that materials target specific ideal types of people rather than vague generalities. Next day we had a session on radio spots and interviewing, from Rev. Bob Wightman, the Unitarian (once Congregationalist) minister who appeared often with Terry Wogan and had his own programme on Radio Tay. Then came how to do press releases from writer of many such Kate Taylor and then rating posters from the very hard working website man James Barry. Afternoon sessions were practical - I went to the radio one because (I think) it overlaps with service taking and other public speaking. 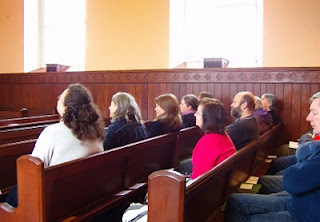 The evening brought various efforts to the wider crowd plus a look at the weekend, with Sunday morning having a look forward to this time next year, then worship 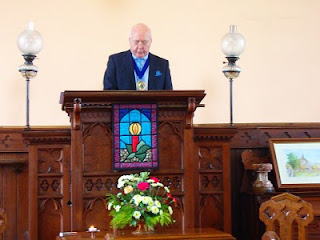 and then socialising up to lunch. There were also two evenings in the local pub (for those who went) and later chat.

I'll make a number of blog entries from my weekend (I've also a few catching up tasks to do at home - and there are photographs to sort and edit and I am making contact with a few folks at the weekend). 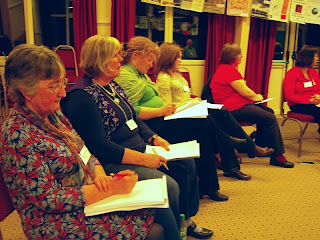 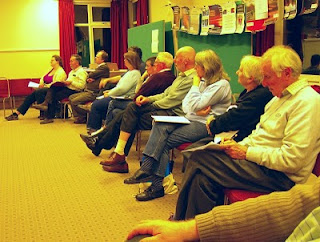 Posted by Pluralist (Adrian Worsfold) at 20:19

...Adrian - you know when you worship...do you call on the Holy Spirit? I am trying to imagine worship without the Holy Spirit - explain how the supernatural works in Unitarianism...excuse the naivety of these questions...just wanting to engage and understand...think the unitarians are quite big where I will become a curate...thanks.

The fairest way to put it is no we don't call upon the Holy Spirit, and that the assumption is not around the supernatural.

It's more reflective, really, and the language of that - including of the Holy Spirit - either helps that or not. Some find that a more traditional language and approach gives more a sense of structure and identity around which they develop their spirituality, whereas others (and this can be chapel sub-cultures) have a much more humanist or variable direct reflection using whatever subjects come to hand.

I suppose the question is whether the spiritual language has an objectivity to it, really does point to an other. Some think it does, and others think it does not - and the use of the language might not be a reliable guide.

The current Unitarian President (in the pulpit at Great Hucklow in my photo) is a "clear blue water" person between Unitarian difference and Christianity, whereas Bob Wightman (in the Protestant collar) is a tolerance man and can stretch his language even to trinitarian expressions for those who really want them (e.g. hymns at funerals) - he is pastoral first and believes in tolerance as his principal virtue. He transferred from Congregationalism to Unitarianism within about a month nearly 18 years back.

I think you are going to the East Midlands. East Midlands is fairly 'traditional' and has both declined and recovered. Patrick Timperley has been appointed to Mansfield now - he was an Anglican priest. Gossip is that he maintains the insularity of the place, but I'm not sure what that means or if it is accurate. Certainly my encounter with Mansfield in late the 1980s was at variance with my direction then, but things can change quite quickly. Unless you've visited a church fairly recently, or heard an account from one, it is not wise to comment. I think Derby is doing reasonably well. Not sure about some others.

...this is whom I have seen posters for as I have snooped around the future parish:http://www.belperunitarians.org.uk/Activities.html

The trouble is that between 2004 and 2010 I've been out of touch with the Unitarians, so I've seen new faces as well as old and heard news I didn't know about. I had thought Belper was on the back foot but the most recent I've heard is that it is doing rather better. The fact is Unitarianism remains rather badly understood and, although things have improved, it is not (nor should it be) the kind of movement that drags in new people by the bus load. We are all interested in the Kingswoods and Islingtons, and can learn from them. Kingswood (Birmingham) now has a church that, basically, is full and has grown up particularly thanks to one minister and consistency, and some local factors that others cannot repeat. Islington appeals to minorities that other denominations marginalise. But usually things are a struggle and much is in flux. Hull is struggling but has reset itself so it should be able to turn itself around, but Hull is tough territory anyway. A minister at Hull would be a risk but it could be very rewarding.

Hi Adrian
Liked your photos of the Hucklow week-end. It was good to meet up with you again. You were a loss to us. I always thought you should have been locked up in a tower at our Oxford College to stretch your mind and tell us all what we (really)think we (really) are.
best wishes