The West Needs to Change Too

One thing the revolutions in Arab States indicate is that nothing lasts forever. Those who think they are secure find that they are not so secure after all. This includes Muslim countries, repressive regimes and the West too.

My view of the Muslim based States is something like this. They think they ought to be socially, economically and ethically ahead of the West, because after all they have the apparent absolute text of Islam, basically religion itself considered to be begun at the beginning of time.

At one time, of course, Islamic States were ahead of the Christian 'West' in terms of learning and toleration. But these States clericalised and the broad and confident sweep of learning was lost. As the Christian world emerged out of its dark ages, so to speak, it started to synthesise the essential Pagan philosophies and Christian views so far, particularly with Aquinas. Much later the Reformation of States and Churches led towards a new plurality of institutions (Eastern Europe was the first tolerant area given its place in the left wing of the Reformation, assisted by its genesis being on the borderland of the Muslim area) that was slowly to become toleration within States, especially helped by the Enlightenment and a shift away from religious discourse as legitimisers of States.

In terms of naked power, early last century old and new in the West fought itself and dragged in colonials and connected, the result being the collapse of the Caliphate and from then on nothing but humiliation or failure across Muslim areas: colonial States with imposed State boundaries gave way to reactive nationalisms and ideological parties in control, plus the insertion and humiliation of the Israeli State right in their area and its subsidised ability to look after itself and do repression in occupied lands.

Maybe, just maybe, Arab States can become more democratic and responsive to their peoples (there's no inherent reason why not!). Tyrants like Gaddafi are exposed, and the young people of Iran rather like the Western life that so many see on their education abroad and would have removed the corrupted defensive theocracy (after all, we had one such regular attender at our Unitarian church, something she could not do at home).

However, there is nothing permanent about our societies either. I was watching a political discussion of leaders in Ireland, which shows what happens when a country is bust economically. Iceland was the same, after its banks went on a gambling spree as an easy way to make money. The United States is now seriously living beyond its means: it keeps pumping up economic activity by adding to its debt. 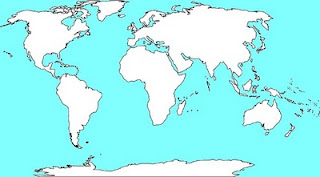 It is just so economically inefficient at present, if still responsive, on a comparative world scale, and yet finances a vast military that it cannot properly afford. Its imperial power will continue to be checked.

The West created a financial system that thought it could relegate risk to mathematical sophisticated purchasing - but you cannot insure against everything down-turning at once - the belief that you could led to the bloated financial system. And it is in the process of returning. We know that China is forcing down its currency and needs to readjust as it economically develops, as India does, and that is because China is acting as a repressive State with nothing meaningful any more as regards its once commitment to 'socialism'. It is just a state-capitalist repressive regime where it will either give way as its middle class develops or will come to its own probable violent overthrowing.

The capitalist world just isn't working; too often it throws useful resources on the scrapheap, but now it has crashed to a low level stagflation. It is in danger of locking itself into regressive unemploying of resources as a means of regaining financial health - and yet employing such resources means more debt. The whole thing is in a mess, and yet an economy should serve we the people not we the economy. As people react against the cuts, we have our own dangers of repression unless politicians give way.

In the later nineties and noughties the UK had a financially lax economy based on privatising and outsourcing the pursuit of public goods. Let's be clear: public goods are real, beneficial and economically productive, but it still needs a consistent, efficient and sustainable matching of expenditure and income. What we had was a private sector increasingly dependent on the public sector for work, and one financed effectively by debt. There were lots of shiny new buildings (the property market took the bubble the most) and all sorts of public agenda bodies with money to spend. The spending allowed inefficiency. People were employed, but the overall product was less than the cost.

Privatising was never really much more efficient than 'in house', and almost certainly some businesses would have been better off nationalised - such as the railways as one unit, competing against other travel but also offering social and environmental benefits. The problem with privatising was it disguised just how much was actually public sector generated work. This is why the coming cuts directly to the public sector will be devastating. Rather than the private economy becoming a replacement, the private economy will shrink too in a rapid reverse multiplier effect (or division effect?). Already the balanced reductions brought in by the last government are turning into rapid economic slow downs by this government, and the cuts haven't really begun yet.

What we need is an overthrow of capitalism towards something that is more democratic, where people are elected into firms and they are both consumer and community responsive. There needs to be less extravagance and more focus on essentials across the community. We need these communal interventions to be various and multi-level, and to keep the innovation of old liberal capitalism with the concern of the dispersed democratic. Education needs to be fused into all of this: education as long term, critical and liberating. No large, money-turning institution should get away without contributing to the general as well as specific education of the public, and meaningful training (not these rubbishy NVQs) and the State should see education as both a right and obligation.

The banking system needs almost taking over by the State and people in order to be a servant of the involving system, not to continue as an overlord by which all else must shrink and expand according to its bloated ways.

Communism fell, some repressive States are falling too, but the West itself is not exactly in a healthy position. Let's hope we can all democratise further, and have that as a way forward rather than end up fighting for resources and reverting to war again. The European Union has helped avoid war via economic codependence, and it needs to be the power (dealing with its own democratic deficit, as well as devolving powers) to intervene with the business giants to get an economy based on what people want.

This is essentially a religious-ethical vision of change, in that it starts with our humanity and a set of rights and obligations, based on a sustainable economics and management control: I have a lot of time for the Friends of the Western Buddhist Order vision of ethical businesses, for example, which they do at small scale, but has to be at large scale too.

Also Gandhi showed that peaceful protest can work and has longer lasting positive results afterwards. This root and branch change has to come to the West too as we watch people trying to make changes peacefully in Arab States and in Iran.
Posted by Pluralist (Adrian Worsfold) at 04:23

Only a Unitarian could believe this.
Never happen.

Adrian, I just read an article which pointed out that while countries such as the United States, England, and even Israel, supported the apartheid regime in South Africa, Gaddafi supported the ANC and Nelson Mandela, giving lots of money and support. The irony of a dictator helping to bring a democracy is astounding. South Africa today has a rich notion of law which tries to keep the best of so-called Western or European law while respecting tribal customs. Rather than appealing to abstract principles, some have called responsive constitutionalism in that it sees the law as a series of harms or crimes committed against certain peoples. Instead of appealing to some higher principle, the way forward is to address the major lapses of the system. This is a dialogic approach versus a more religious transcendental approach as practiced in the United States, the country I am familiar with.

I like the South African example also because it blurs the distinction between Western and nonWestern.

When people claim a system is stable I get suspicious because the characterization may be a response to obvious signs of decay.

Ironies abound, like Blair hugging Gaddafi - given his record.